No, They’re Not Narcissists (& We’re Not Empaths). 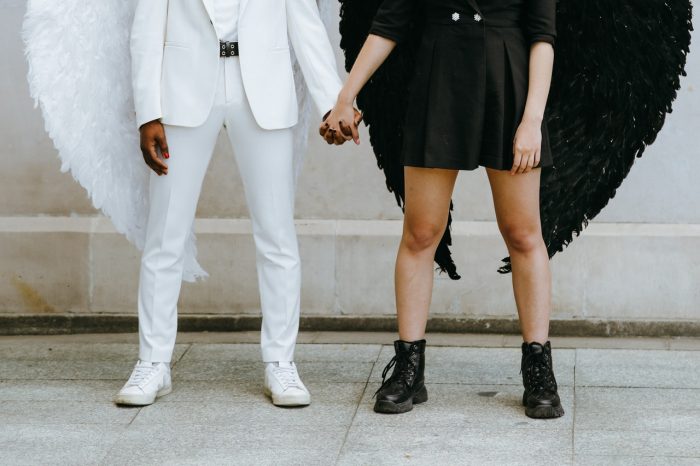 They’re everywhere in modern society, according to pop culture.

Follow the self-help, healing, or spiritual hashtag of your choice on Instagram and watch accounts like “@everyonearoundmeisanarcissist” or “@empathsuniteagainsttoxicnarcissists” (names changed to protect the emphatically non-narcissistic) pop into your feed.

Pay attention to news articles and note when a mental health professional normalizes breaking protocol by publicly opining on a public figure’s level of narcissism, even though they’ve never met or treated said individual.

Join a spiritual community and note how quickly your new healer friends tell you about their narcissistic families, exes, and/or bosses. Bonus points if they also tell you how empathic and sensitive they are in the same breath.

All this buzz suggests that narcissists are everywhere—and out to destroy us, empaths, at any cost. Right?

Quite simply, we are consistently over and misusing the term narcissist and its sibling, empath.

However, the rate at which pop culture and our neighbors diagnose narcissism in anyone displaying even a hint of narcissistic traits is significantly higher than all those numbers.

It’s statistically impossible for that many narcissists to be walking around.

So what’s really going on?

The narcissist/empath narrative frequently surfaces when one person’s trauma and attachment style collide with another person’s, creating the perception of this dynamic.

Trauma responses vary widely across the human population. Some individuals process trauma by becoming highly attuned and sensitive to their environment, hypervigilant for emotional triggers, and anxious to smooth conflict. This typically manifests as an anxious attachment style.

Other individuals may respond to the same trauma by developing an avoidant attachment style, where they withdraw or dissociate from their environment, detach emotionally, and avoid conflict.

What happens when these two attachment styles interact with each other?

Eventually, the anxiously attached person (who often identifies as an empath) accuses the avoidantly attached person as selfish or—wait for it—a narcissist for being too focused on themselves at the expense of the relationship.

In reality, both individuals are merely responding to each other from their seat of trauma and attachment, but it can feel like they’re speaking two completely different languages to each other.

We see this pattern intermingle with the twin flame narrative (another over and misused spiritual term), typically depicting a runner and chaser in the relationship. The dynamic is exactly what it sounds like: one twin runs while the other chases them in the name of true soul-mate-on-crack love.

We’re suddenly much closer to numbers that match the overwhelming presence of “narcissists” and “empaths” in pop culture, aren’t we?

Let’s examine why this is problematic.

The narcissist label is both stigmatizing and divisive, typically painting the bad guy as lacking all empathy while making deliberate, evil choices to ruin the good guy’s life.

Meanwhile, the empath label artificially elevates the perceived victim as a superior human too sensitive and evolved for all the evil people surrounding them. That sounds almost like—say it with me—narcissism, doesn’t it? 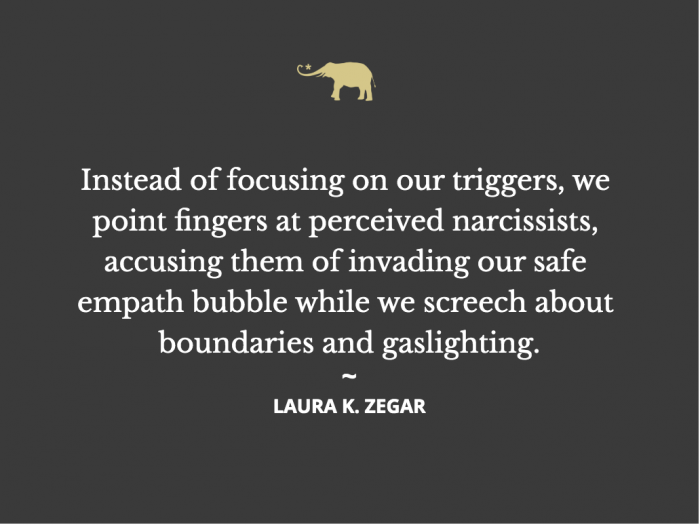 Too much focus on these labels promotes spiritual bypassing of the real work needed from both parties to nurture a healthy relationship. Instead of focusing on our triggers, we point fingers at perceived narcissists, accusing them of invading our safe empath bubble while we screech about boundaries and gaslighting.

Nope, try again! By avoiding and demonizing our triggers instead of leaning into our discomfort, we promote emotional fragility and rob ourselves of the opportunity to heal our trauma. If we block everyone who triggers us and call them a narcissist, we simply cannot reflect and course correct while blaming someone else.

As we tackle our trauma and attachment issues, we relate to and attract people differently. Healthy boundaries naturally develop without us imposing draconian restrictions on the perceived narcissists in our lives. True narcissists won’t make it into our lives, and we won’t need to proclaim our empathy everywhere we go.

Eventually, we become more secure in our relationships with everyone else, rebuilding our connection, trust, and intimacy.

And isn’t that what this whole narcissist/empath narrative is really about? 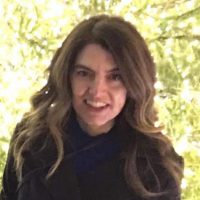