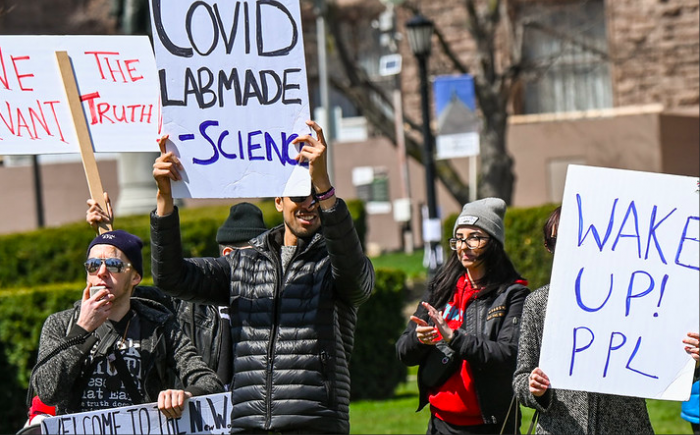 *Have opinions or thoughts about this article? Join the conversation by commenting below or sharing your own view here.

Most of the objection to being vaccinated for COVID-19 has little to do with the vaccine.

Fundamentally, it’s about being contrarian and a generalized (not unreasonable) mistrust of authority.

And I totally understand that because authority has shown time and time again, they can’t be trusted.

Whether it’s Big Pharma, corporations, or the government itself, they are so blinded and biased by their pursuit of money they fail to do their job of protecting and supporting the people.

There is no longer the illusion that there is a consensus of “greater good” for humanity in our organizations. It’s all about money now, and money corrupts to the point that there is no greater good anymore. And people feel that.

I understand people not wanting to take the vaccine.

But it’s really not about the health risks of vaccination. It’s about the covert mistrust of authority under the overt “reason” of the vaccine, coupled with counter-will and a fixation on not being told what to do.

The vaccine will have complications; as a medical doctor, I have no question about that.

Anything that triggers a reaction in the body has the potential to cause an adverse effect. On balance, however, the overall risk appears to be less in the vaccinated.

And vaccination is the only way out of the mess we are in at present.

I know there is a faction that believes all we need to do is create a healthier population and that will control the virus. I‘ve been a doctor for decades and the majority of people do not look after their health, no matter what you tell them.

There is no safe option. Life is a risk.

Again, there is no safe option.

In the absence of any other plan/treatment/solution, the vaccine is the only thing that will get us out of the mess we’re in.

We don’t have any other options. Of course, we could just wait it out without the vaccine, but does anyone want to be in this for another two to three years?

Ivermectin and HCQ have both been thought to be promising initially, but a bust upon deeper and more rigorous investigation. I really wanted them to work (and it appeared this was the case in small studies), but when examined in the larger sense, those studies show minimal, if any, benefit.

Evidence is showing that the vast majority of deaths and significant morbidity are coming from people who have not been vaccinated. In discussions with my colleagues from all over the world who practice in areas of high infection with COVID, there is a striking difference between the vaccinated and not. What is becoming more and more clear is areas with high vaccination rates (like Vermont) are living life much as usual, and in areas of low vaccine prevalence, like Arkansas, ICU beds are at a premium and infections are increasing rapidly. Florida alone had 20,000 new cases on August 2nd, 2021.

Vaccines are an emotional issue more than they are a factual one.

I appeal to common sense because, in many respects, there is no point in showing scientific evidence as to the confirmation bias of those who mistrust the vaccine won’t allow evidence to be evaluated anyway.

Again, I see good reasons for mistrust of Pharma, corporations, and the government at large, so I understand the view that the vaccine is part of some evil global plan, but that isn’t consistent with the facts as we know them.

Compounding this confirmation bias is the observation that even if irrefutable scientific evidence showed the vaccines are safe and effective, the anti-vaccination people would still refuse vaccination.

Not only that, but it has been shown that the stronger and more compelling the evidence against an emotional belief, the more people who espouse that belief will double down on their original, “disproven” belief. This phenomenon is also seen in the “Flat Earth” followers. The more the evidence mounts that Earth is indeed a sphere, the more they intensely believe in and cling to their original premise that the Earth is flat.

As a medical doctor, currently, I do not see any non-vaccine options. It’s, basically, take the vaccine or this pandemic will go on for another 18 to 30 months. And that will be a disaster of collateral damage.

It’s not so much that I am pro-vaccine; it’s that I am pro “getting out of the mess we’re in,” and the vaccine is the only way out and available to us currently.

The truth, as I see it, (and of course that’s subjective on my part( is that the anti-vaccination people will reject anything that comes from authority.

If the authorities come up with a medication that seems to work, they will reject that as well.

It’s not about the vaccine; it’s about the automatic rejection of anything that comes from authority. 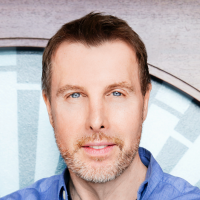 Dr. Russell Kennedy (The Anxiety MD) is a medical doctor and award winning author of the book: Anxiety Rx-A New Prescription for Anxiety Relief From the Doctor who Created It … Read full bio