How I found the fortress of Silence within Me. 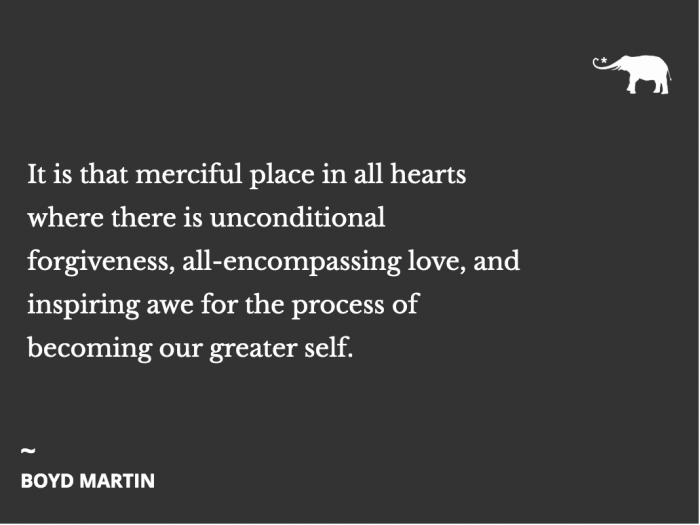 Two and a half years ago, I made the life-changing decision to move to the town of my birth out in Kansas.

I was living in the San Diego area, and although it was outwardly relatively calm, the mental noise and emotional chaos caused by my continually upended living circumstances got me longing for some peace and equanimity.

I arrived back in this small, humble railroad town 66 years after my birth, and 40-some years after my last visit. It was December, and the season brought back memories of past Kansas winters, which are relatively mild compared to just a few hundred miles north.

The main things I recalled were the smells—a combination of railroad tie oil, elm trees, hay, and cornstalks. But, I gratefully acknowledged a type of rural silence that I had been longing for—away from the constant low-level thrumming of thousands of cars and jet engines, the buzzing of power lines and Wi-Fi, and the all-encompassing noisy mental environment that, as an empath, was constantly putting me on edge.

After a couple of months in my new digs, I was finally able to relax and lean back into the silence. Now, this isn’t the “silence” of the absence of sound waves—it’s the silence of the heart, where thinking stops and feeling begins. It is the silence of awe, as if God is leaning up against me with the profound peace that emanates from the absence of doing and having, where being is all there is and all there needs to be.

When I had just started a Bikram (hot yoga) practice several years ago (probably the most difficult thing I’ve ever attempted), I was awash with thoughts and feelings as I forced my way through the poses. I would cry out with effort, basically being a distraction to the whole class. One day, after a particularly grueling class, the instructor sauntered over to me and said, “We all know how hard you’ve been working.” She gave me one of those ironic half-blinks that said, “Please be quiet during class,” and I nodded sheepishly.

I then committed to a silent practice, keeping all the ughs, ahs, and ouches to myself. After some weeks, about halfway through the asanas, the instructor sidled up to me, looked me straight in the eye, and placed her finger over her lips, “Shhhhh.” At first, I thought she was making a joke, but then I realized how noisy the inside of my head had been since beginning the whole yoga thing. In fact, it was noisy enough to be mentally audible to others, introducing me to the world of mental silence—the world of contemplation, nonaction, and Zen.

Around this same time, I discovered “Heart Coherence” from the HeartMath Institute. This is where you “drop down” into your heart space and breathe from there. This has the effect of exiting from the monkey mind chatter and entering the fortress of solitude of being. It is the land of intuition, awareness, and pure consciousness—where God is always. It is the “true brain,” the real source of intelligence about the physical realm.

In these chaotic days of mental, emotional, and spiritual warfare, it has become a vital part of human health to seek out and find that “fortress of solitude” within each of us, where we can lean into the great silence of divine presence and find that rock of equipoise that keeps us centered in the transcendence of the mundane. It is that merciful place in all hearts where there is unconditional forgiveness, all-encompassing love, and inspiring awe for the process of becoming our greater self.

The current great war is for our souls, and we lose that war to the degree we allow ourselves to be shut out of our own hearts. The broadcast of emotional polarities and cognitive dissonance traps us in a morass of inner chatter, emotional conundrums, and outer conflict, weaponizing our own socialization and common sense against us.

The way out is simply dropping down into the heart space to experience the silence of divine equipoise, spiritual connection, and the direct experience of God. The meme of the time is “God is all of us,” but it can only be felt in the heart.

The heart is the agent of order, harmony, and cosmic love and is immediately available to anyone who can wake up long enough to regain their situational awareness and embrace it. This is where the controllers are waging their war—knocking us off our basic instincts to love, connect, and simply be. By entering into the “silence of being,” we defeat the agents of control and destruction, leaving them to scurry back under their rocks of deceit and obfuscation, terrified of their own reflection in our infinite mirror of pure being.

The silence is where freedom lives—where the unconquerable power of love and connection to all beings ushers us into a grand new world of sovereignty, creativity, and service. 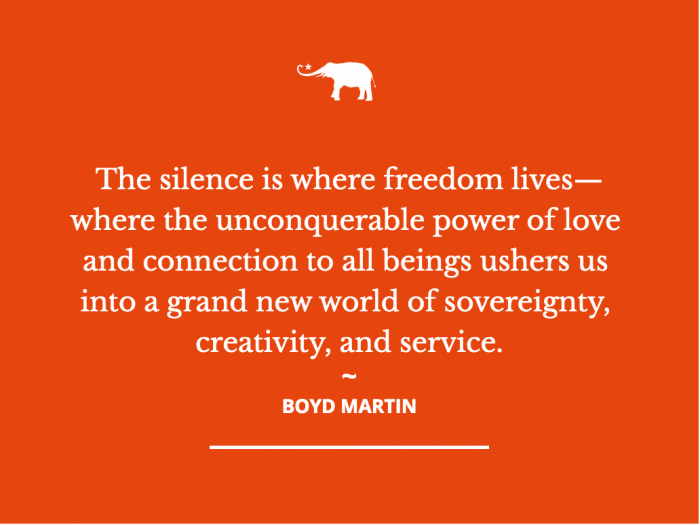 It is the gateway to who we truly are: immortal, indestructible, conscious points of light. We come in peace to create peace. We come in love to create a world of love, and we come into ourselves to be the greatest of who we are.

You can find the podcast version here. 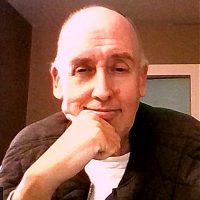 Boyd Martin produces the Quantum Health Newsletter twice monthly, and the This Quantum Life podcasts. An alternative health advocate for 35 years, he is the proprietor of Pure… Read full bio