We Need to Teach Women to Protect Themselves Instead of Waiting for Men to Save Them.

For centuries, customs and traditions have given men and society the permission to tell women what they can do with their lives, their bodies, their dreams, their hearts, their minds, and everything else.

It’s just that, depending on the country, the message is conveyed differently.

But women are punished for being women…no matter where you live.

When I was a little girl, I saw my mother fast for my dad’s long life on “Teej.” She would eat and drink nothing and rely on water for 36 hours.

Then there were the holidays of “Rakshabandhan” and “Bhai Dooj” where a sister prays for her brother’s well-being. On “Rakshabandhan,” the woman ties a thread to her brother’s wrist, and he vows to protect her in return. While the boy isn’t expected to starve himself, girls and women typically fast until they complete the prayers and festivities.

Then there was the holiday called “Ganesh Chaturthi,” where mom didn’t even sip on water. On an empty stomach, she cooked a million delicacies (which I ate shamelessly) and prayed for my brother and my longevity.

As a little girl, I enjoyed the celebrations and all the decadent cooking. I liked to see my mother adorned in fine sari and jewelry—she was a beautiful woman. I even made requests for special desserts. But in my preteens is when I started to ask bigger questions—when I understood what patriarchy looked like. How it impacted women’s sense of worth and overall well-being.

I love traditions but with a twist, so they are relatable. I am privileged to belong to a culture that is one of the oldest in the world. My guiding principles of life: yoga and Ayurveda are rooted in Indian culture.

As an adult, I have started to appreciate fasting for health reasons. I also love the romantic notion of fasting for your partner’s well-being or the sweetness behind the prayers for your brother’s longevity. Umm, but why can’t men do the same for the women? Why is the onus on the woman to “protect” all the men in her life? I don’t see the sense in one-sided care and compassion.

When I asked my mother, “Ma, you fast for Papa, mamas (her brothers), Bhaiya (older brother in Hindi), and me. But who prays or fasts for your long life?” She didn’t have a response. I was that kid who always had a million questions. If there was no logic, I wouldn’t just go through with something because someone asked me to. My mom would try to get me to agree and go along with certain notions. But this question from me stumped her. Mom sat down, “It’s our society, beta, which doesn’t give women any priority.”

All the women my mother knew quietly followed the rules…just like her. Here is the irony: my mother was aware of the hypocrisy and understood that shackles of patriarchy plagued her on several occasions. But she didn’t speak up. Conditioning, I tell you. Those times when her brothers showed up in the evening for the thread tying around the wrist on Rakshabandhan instead of first thing in the morning, she didn’t share her hurt. She fasted and continued with the traditions. She had poor health, yet her priority was others. She was trained to shield others but was never taught to “protect” herself.

Ours was a contemporary and liberal home. My mother chose to fast for the men in her life—though I will say the cultural guilt was deeply embedded in her. There was no visible pressure on her, but how do you think a female outlier is treated?

When my parents lived in Libya, their local friends and colleagues had separate living rooms for men and women. But women made the coffee and snacks for both the groups subserviently. When it was time to go out, the man sat with sheep up front in his pickup truck while the four wives sat in the back. I have shared this story a million times for decades now, but it still bothers every cell in my body. I am scarred for life thinking that a man can believe a woman is dispensable. Or that sheep are more valuable than his wives.

At age nine, I overheard (remember, I told you that I have always been a curious kid) one of her friends confess that keeping herself attractive was of utmost importance. Why? Because she didn’t want her husband to go astray and find another woman. The responsibility of a relationship was on a woman and her physical appeal. Forget the fact that this woman’s husband was balding and had a big paunch. Honestly, he could be as eye-catching as a George Clooney or a Bradley Cooper, but even that shouldn’t matter.

I never heard my mother’s local friends complain about gender disparity. I didn’t hear her extended friends or family in India speak up. They accepted the cards they had been dealt. Rubbing oils on joints, using homemade wax to beautify themselves, popping pills to suppress the pain yet continuing to serve others. To live your life in fear…to be nothing more than a commodity to your partner—how is this inhumane ideology taught and accepted? 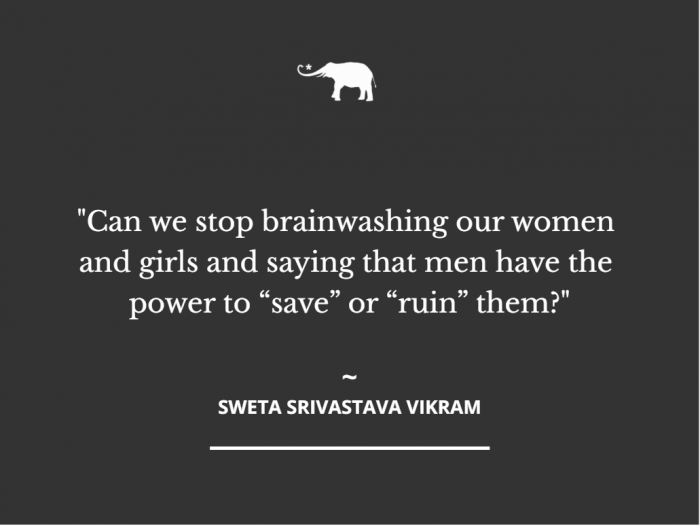 In August 2021, the world doesn’t feel any different. I was talking to my “gym friend,” Maya (name changed to respect privacy), in NYC, whose father is from Afghanistan. She is American but has traveled to her father’s homeland as a kid. She wonders about the safety of her female family members in Afghanistan under the new regime.

Will the treatment of women change?

I was reading that some women have been asked not to leave home without a male relative escorting them. The Taliban has shut down certain women’s clinics and schools for girls. Will girls be allowed to enter universities and continue working? No one has more to lose now than Afghan women.

My friend, Maya, whispers gratitude for owning a voice and having said a no to an opportunity to work as an interpreter in Kabul a few years ago. It was good money, but her individual safety and freedom mattered more to her. But not every woman has the privilege to make that choice. What happens to the Afghan women and their freedom under Taliban restrictions? In the past, women were publicly humiliated and beaten if they didn’t comply.

I have been thinking about how most cultures treat women as invisible. Politicians in the west have launched their own war on women—be it reproductive rights or equal pay initiatives or access to contraception. Many republicans have not been friends to feminism or women’s rights. In the east, women are treated as second-grade citizens in so many countries.

Why can’t we teach our mothers, daughters, sisters, and female friends to stand up for their rights and speak up? In urban spaces, younger women are being defiant, which is great. But that’s still a small number.

Can we stop brainwashing our women and girls and saying that men have the power to “save” or “ruin” them?

Women need to rebuild themselves, their world, and their lives. Forget protecting others—women need to come together to protect themselves.

“A woman with a voice is, by definition, a strong woman.” ~ Melinda Gates 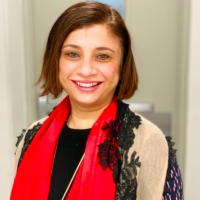