Editor’s note: elephant journal articles represent the personal opinion, view or experience of the authors. As an independent media outlet, we cannot verify the validity of any claims made on this website.

I’ve been a teacher since my early 20s, over the span of 20 years, with a year or two off for each of my three kids.

I’ve mostly taught middle and high school, an experience that has brought me to this harsh reality: abortion should happen more, not less.

In my third year of teaching, I was pregnant with my first child. After a few months of trying to conceive, my husband and I ended getting pregnant at the end of March. By the time I left for the school year, I was barely three months pregnant and hadn’t told anyone.

But come September, I sauntered into school with my baby bump, telling all of my classes that I would be going on maternity leave sometime after Christmas. In one of my classes, an 8th-grade girl stayed behind after the bell rang. I had had her the year before, as a 7th grader. She was Latina, struggled to read on grade level, and was frequently absent.

She smiled widely as the last student left the room. “So, I’ve got something to tell you,” she said. “I’m pregnant too.” She pulled her sweatshirt taut over her belly to show me a baby bump that rivaled my own.

We went through our pregnancies together, comparing symptoms. But while I had a baby shower with tea sandwiches and a Target gift registry, she got kicked out of her house and went to live with her 17-year-old boyfriend.

It was difficult to imagine her being patient with a crying baby. She was not capable developmentally, as many adolescents aren’t, and having a baby was effectively cutting her off from getting what she needed. She wasn’t going to get reading interventions at night school. She wasn’t going to figure out her strengths and weaknesses and life goals. She wasn’t even going to be living with family. From here into the foreseeable future, she was going to be in survival mode with her boyfriend as her only support system.

Statistically, those are the kinds of babies who are abused—unplanned (and unwanted) to low income, young mothers (and fathers, if they are in the picture), who may be involved with drugs, and who are probably lacking the self-regulation skills to be adequate parents.

She should’ve had an abortion.

More recently, a student who had been selling drugs during her senior year announced her unexpected pregnancy on Snapchat. Other students told me about it, clueing me in on her current drug use and wondering how it would affect the baby. Abortion, have an abortion, screamed through my head.

As teachers in a small, conservative community, we see the same family dynamics cycle through. A former student who was pregnant a month after her high school graduation waitresses at the local pizza shop. She sends her son to our school, where he gets a girl pregnant at 16. The family never quite breaks out of the intergenerational pattern and its subsequent trauma. Many of those kids show up in our classrooms with a whole host of unmet needs.

If I showed you the most troubled kid at my school, the one who is frequently suspended for fighting, who sells eatables in the bathroom, who walks out of my class yelling, “You’re not going to tell me when to piss, b*tch,” you would probably see a kid who was not ushered into this world with a lot of support—emotional, academic, or financial.

And as all parents know, support is the key to giving kids what they need. The question is who you believe should provide that and what to do when it isn’t forthcoming. If young parents like my students could take a year of government-funded maternity or paternity leave, get free, high-quality drug rehabilitation, have time for parenting classes, and get financial help for childcare, maybe abortion wouldn’t be my go-to solution.

But as it stands, too many babies are being born into situations that set the stage for heartbreaking results. That has to be our societal standard: wanted and supported babies. And until the support is there, I am going to remain pro-abortion. 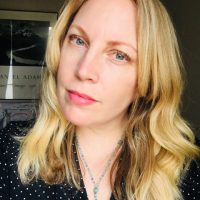 Amanda Priestley is a writer, educator, behavioral coach, and teen supporter at translatingteens.org. For help with challenging teens, email her at [email protected]… Read full bio