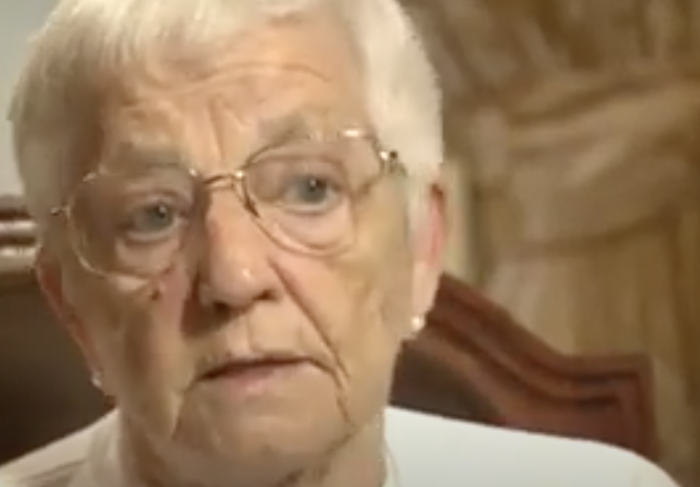 Is there a connection between the pro-life movement and racism?

As a European man, it surprises me how American society somehow insists on vilifying women who decide to get an abortion. How is that even possible in the land of the free?

I think every woman should be able to decide what to do with her body—end of story.

There is not much to discuss, in my opinion, but of course, I didn’t start writing this article just to make this statement. I want to share the wise words of Jane Elliott with you.

A few years ago, she perfectly explained why Republicans are obsessed with border control and pro-life: it’s about racism.

Elliot’s explanation makes perfect sense and gives us an idea of what drives Republican policies these days. She refers to a book written by Ben J. Wattenberg called The Birth Dearth: What happens when people in free countries don’t have enough babies?

Wattenberg wrote this book almost 30 years ago. He explained that White people could become a minority in the United States within a few decades. I don’t see a problem with that for several reasons, but Republicans tend to have a different opinion on that and take this book as a warning.

Many Western societies have much lower reproduction rates than third-world countries, and the pandemic amplified this trend. When we look at this on a domestic level, it looks pretty similar: White people don’t have as many babies as Blacks, Asians, and Hispanics.

And that’s where Republicans get scared. What happens if Texas, Florida, and other Southern states turn Democrat in the near future? It’s the nightmare of the GOP.

Republicans are panicking and try to find ways to stop this. They came up with “The Big Lie” and claimed that Trump actually won the election, they tried to push laws that make it harder for people of color to vote, and now, they are pushing anti-abortion laws.

But this is not about pro-life or religious beliefs—this is about straight-up racism.

Why is that? Ask yourself who is more likely to have an abortion? And that’s where Republican lawmakers see their chance—they don’t want White women to have abortions; it’s simple as that. Republican maths are based on the fact that 60 percent of all abortions happen in White families—and they want to change that.

The current pro-life movement is mainly driven by folks who believe that White people need to save themselves from becoming a minority. It’s the same folks who push gerrymandering that are pro-life activists now.

It blows my mind that Republicans are basically pushing an agenda to force White teenagers to have babies and hope that these babies will be wearing MAGA hats one day.

Voter suppression and anti-abortion laws are desperate attempts of Republicans defending the status of White folks in the United States—but what if we could just drop that narrative and stay away from racism?

I totally agree that White people will be outnumbered in Western societies pretty soon, but I believe that that’s a good thing and not a problem. I don’t see a future for the Republican party as it is right now, but is that really a bad thing?

Sounds pretty radical, right? But it’s not, and here is why:

What does being White even mean? What does being Black even mean? Aren’t we all humans? Let’s say society continues to reproduce as it does right now, and in two generations, there are only mixed folks—wouldn’t that be a good thing?

In 2020, about 10 percent of all Americans identified as multiracial. Hispanics are dating Blacks, Whites are dating Asians, and fewer folks seem to care about race when dating—again, isn’t that a good thing?

If this trend continues, we might see more than half of Americans identify as multiracial within the next two generations. In Germany, we are already at almost 25 percent, and the numbers are rising quickly.

I am one of these mixed folks; my mom is Bulgarian. My fiancée is American, but with Irish-Italian heritage—if we have a kid one day and that child falls in love with a Black-Asian person, how could that person become a racist? It’s impossible.

The most secure way to abolish racism forever is to stop thinking about race or national identity.

Instead of desperately trying to defend the status quo of “White America,” the Republican party could start to focus on how to attract voters of all ethnicities and stop telling women what to do with their bodies.

The MAGA movement and other right-wing agitators are signs of how desperate white supremacists have become.

If you really love your country and call yourself a Patriot, please ask yourself what liberty and freedom for all really means. If you have the best intentions to make America great again, then I would like to know what is it that makes America great in the first place?

The coolest thing about the United States of America (in my opinion) is that there is no ethnicity called “American.”

A White person in America is already a mix of Italians, Irish, Germans, and other European nationalities. As a European, I love looking at American culture as a mash-up of several European roots—and the next logical step is taking this to the next level.

Dear Republicans, please stop these desperate attempts of voter suppression and forcing teenagers to have unwanted babies who might become MAGA supporters one day.