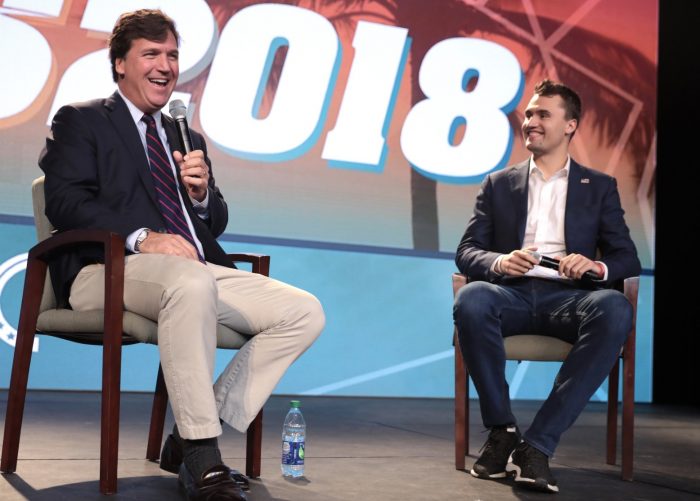 Politicians crying about cancel culture, commentators insulting political authors, and bullies attacking folks for sharing their opinions: who is the victim in these situations?

The last four years have been intense for all of us.

We witnessed confrontations between MAGA-cult members and liberals, we saw friendships falling apart, and many of us are tired of political discussions by now.

There are plenty of reasons to feel agitated on both sides.

Liberals are irritated by Republicans who still defend Donald Trump and people like Marjorie Taylor Greene. Conservatives are upset about what they call cancel culture.

Underneath the surface of these lines of conflict, there is another problem that we witness in the comments of any political post on social media. I am talking about conservatives trying to portray themselves as victims of a so-called liberal agenda.

I was always proud of being able to get along with my conservative friends, but at some point, the anger on both sides grew to a level that was not acceptable for me (and that includes my own anger).

It seemed as if we couldn’t agree to disagree anymore—but why is that?

First of all, we don’t have to have the same opinion on politics to be friends, but we have to acknowledge the same reality to get along with each other.

It is one thing to say, “I am sad that Trump lost the election,” and another to claim, “The election was stolen.”

It is one thing to say, “I think we should keep the jobs of hard-working folks in mind when protecting the environment,” and another to pretend that climate change is just a liberal hoax.

It is one thing to be worried about child-trafficking and another to believe that Anderson Cooper eats babies.

If we want to figure things out, we have to at least agree on what is real and what is not. At the same time, we have to acknowledge that some folks are grieving—they miss the good old times.

Denial is a stage of grieving, and we are witnessing it in the aftermath of the election.

It is hard to accept for some people that society has evolved throughout the last decades. Most people agree on the fact that we have to do something about climate change. The majority of folks realized that racial injustice is still a problem, and women are finding their voice to speak up against bullies that tell them to stay in line.

Conservative folks are annoyed that their friends who avoided talking politics start doing that, but they oversee one of the main reasons why many of us stayed quiet for far too long.

The reason why many of us never shared our political beliefs at a family dinner was the fear of getting bullied by a family member by that ruining a nice evening. How many times did you not express your opinion because you were afraid of someone getting angry?

That is the problem with bullies; it is not only about when they actually unleash their anger; it is more about the always-present possibility of that happening.

It has come to a point where I already brace myself for angry comments when I write my articles. There were times I opted out of writing because I was too tired to face the sh*tstorm after sharing my opinions.

How often did someone tell us that they hate politics because it only makes people hate each other? Maybe that is what these bullies tried to achieve in the first place?

Not talking about politics with family members or at work always served the purpose of keeping the status quo. Dad doesn’t want to talk patriarchy with his daughter, and the boss has no interest in his employees discussing minimum wages.

As someone who always cared about politics, I was often advised to keep my opinions to myself to not endanger my job opportunities as a yoga teacher by upsetting potential clients.

My desire to talk about politics got me into a lot of trouble over the years. I understand the decision to stay out of it to avoid confrontations, but isn’t that what some folks tried to achieve?

Sometimes I wonder why the Black Lives Matter protests gained so much momentum in 2020. It is not that George Floyd Jr. was the first man who got killed by a cop.

Sometimes I wonder why Biden got elected into office with almost 10 million more votes than Obama got in his two runs for office.

Sometimes I wonder why my beloved partner starts to post political stuff on her social media accounts without thinking about the anger it might cause in the comments.

Maybe times have changed. Maybe this is the great awakening folks talked about when the pandemic started?

As people start expressing their perspectives on social media, many conservatives get really upset with them. They feel annoyed by all the politics on their timeline, they hate it when people make fun of Tucker Carlson and the folks buying into his agenda, and they dislike the spotlight on certain issues that might endanger their privileges.

I believe that the anger and insults we are witnessing are the last twitches of white supremacy and patriarchy.

Many folks realize that it is game over for the boss that likes to belittle women, most people don’t want football teams with names that insult Native Americans, and a majority of voters decided against trickle-down-economics.

Activists who protested against the Vietnam war also got portrayed as America-hating hippies, just as the Black Lives Matter movement gets bashed by the far-right today.

There is only one main difference to the past: the majority has shifted toward liberal ideas and away from conservative values.

The young woman holding an academic degree is not scared of the online bully anymore—and the bully is not used to a woman telling him what’s up. I believe that women always felt that way but simply got scared by these bullies’ aggression. So, I am asking again: who is the victim in these situations?

It might look as if conservatives are upset by a so-called radical left pushing their agenda on them, but why not look at it the other way: maybe average folks are done with the conservative agenda that was thrown at them for decades (or even centuries)?

Maybe people are waking up to a reality that is not about child-eating anchorman but to a society that is about to reinvent itself. The pandemic has shown us that there are essential workers not making enough money to feed their families, while others only have to decide which truck they use to drive four blocks to the next supermarket.

The reason it took so long for many of us to start paying attention to these topics and actually getting involved in politics is not that we never had any values. In many cases, it is just because we were afraid of the backlash by conservative bullies who try to belittle us?

Dear internet bully: we watched your boys club steering the fate of humanity for far too long, and most of us are done with that. You are not the victim here—we were your victim for far too long.