Why I Teach “Yoga for Amputees”—& What it Taught me about Wholeness. 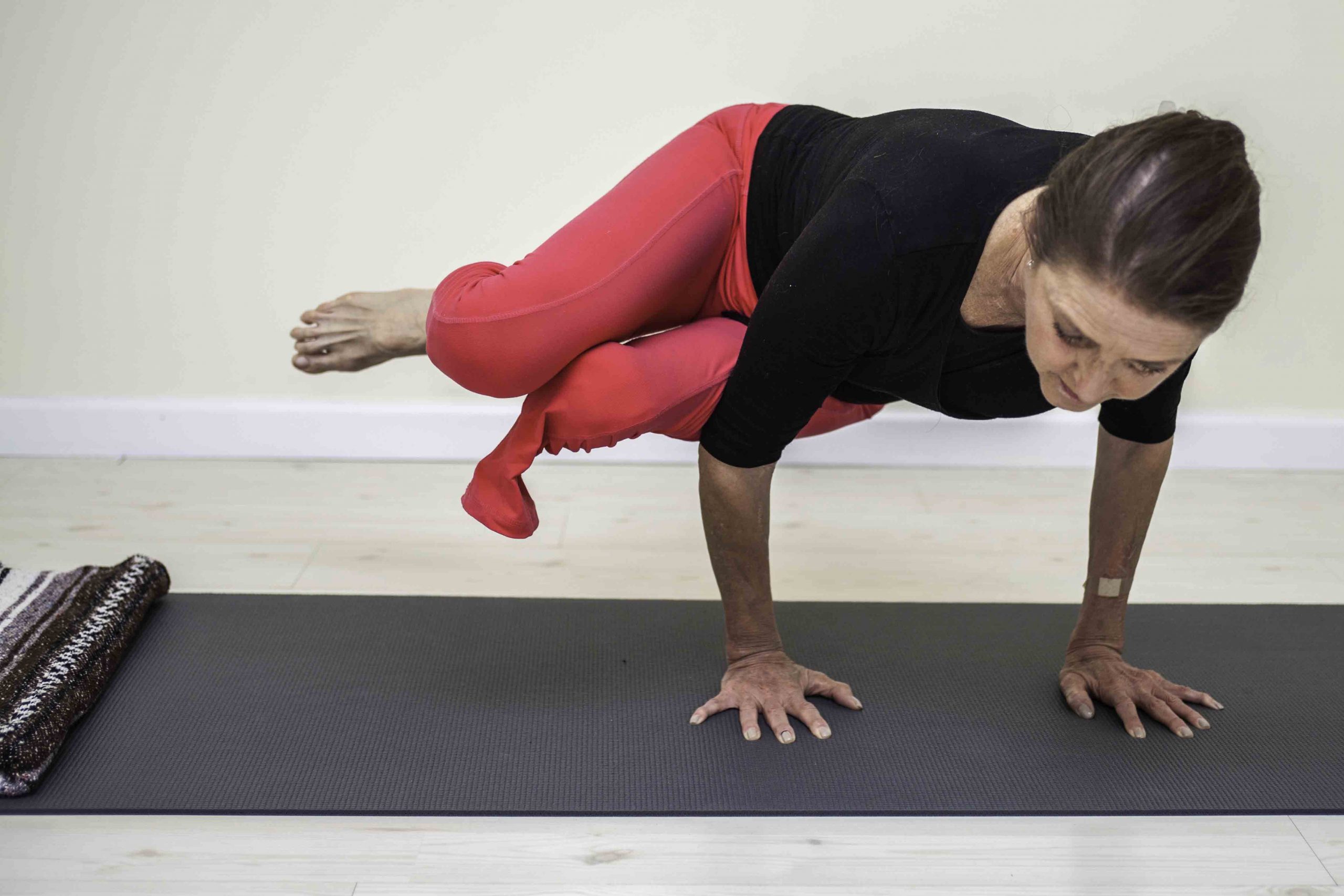 I founded Y4A: Yoga for Amputees® by accident.

I had already been teaching yoga for 10 years as a below-knee amputee. But I had not really owned my limb loss completely.

It was a slow, steady process of unraveling my fears about being “seen” or being set apart. I had to reintegrate this missing limb experience at a deeper level. A pivotal experience was attending my first Amputee Coalition Conference.

Hundreds of amputees were gathered, living their best lives, and supporting those who were struggling. Not one person stared at me or asked me how I lost my leg.

In the 1990s when I began teaching yoga, I was always the only amputee around. I seldom saw anyone in the class or in a studio with any kind of physical or developmental difference. Studios were almost never accessible for people with physical challenges. So, I began to teach yoga to those people who did feel misunderstood, patronized, afraid, angry, unsafe, pigeonholed, “different.”

I had many private students who were really suffering from debilitating conditions. In a way, I was already offering yoga therapy before I was officially trained in 2002. I was pioneering adaptive yoga programs for children with special needs, pediatric hospitals, cancer patients, veterans, kidney patients, and, eventually, people with amputation because, well, no one was doing it.

I didn’t think about the challenges. I tuned out the myriads of naysayers and just kept making the calls and connections until someone listened.

Around 2007, I began to get calls and emails asking me to teach yoga for people with amputation. At that time, my classes had been struggling to survive, so it was a blessing to be redirected to teach to what I know firsthand: limb loss.

Y4A: Yoga for Amputees® officially began as a program in 2008. Since then, I have had the opportunity to share yoga with people with amputation and those who work with them around the globe through classes, workshops, training, and my book, Yoga for Amputees: The Essential Guide to Finding Wholeness After Limb Loss. 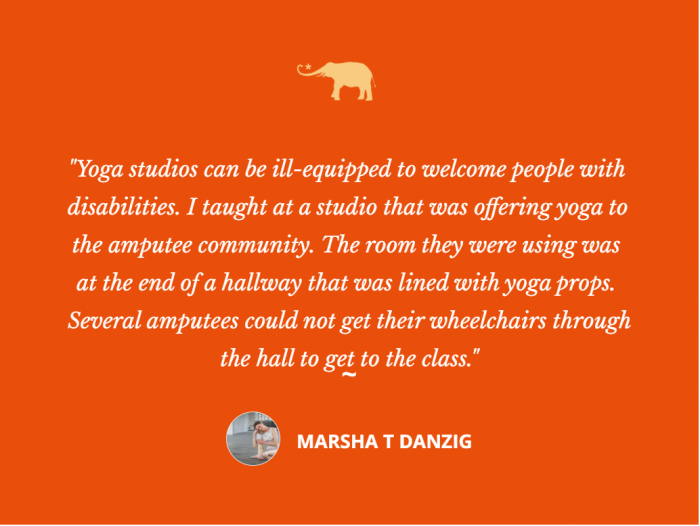 This past year, I was fortunate enough to receive the launching Teaching for Equity Grant from Yoga Alliance. I was able to offer a 10-week free virtual yoga class to people with amputations from all over the globe. Teaching to my fellow amputees has been like a big exhale. There is something so comforting about sharing this practice that I love so much with people who have dug themselves out of the trenches as well. I have yet to teach a Yoga for Amputees class where there aren’t tears, hugs, and multiple “thank yous” for helping my community feel hopeful that they can do yoga.

I have taught people with one to four limbs missing. Their resilience is inspiring. It’s fun to encourage a person with an amputation to take off their prosthesis in class to have more range of motion or feel more comfortable. If anyone does stare at their prosthesis, it’s because they want to know what type it is and who their prosthetist is. Seeing the freedom they experience in their bodies is exhilarating, especially when they have felt constrained by their limb loss and limiting, which, in the amputee community, we call the limiting perspectives of others.

My mission with Y4A: Yoga for Amputees® is simple: to guide people with amputation back to their essential wholeness so that they can experience the healing power of yoga as a mental, physical, emotional, and spiritual practice dedicated to the joy of being alive.

People with amputation have unique needs, which are not always addressed in a typical yoga class, so having an environment with a teacher who is trained in Y4A: Yoga for Amputees® invites solid, intelligent, adaptive teaching.

People with no amputation who join our classes, workshops, and training are caretakers, partners, spouses, and clinicians such as physical therapists, occupational therapists, and prosthetists. It is important for us as amputees to have a place where we are understood without having to explain ourselves, relive our limb loss, or make every moment a “teachable moment.”

With over 1,000,000 amputations globally each year, the yoga community is bound to encounter an amputee in a yoga class. Are we ready for that? It can be jarring to see someone without limbs. Some yoga teachers can feel awkward or overconfident about how to work with people with amputation. There can be personal, unconscious agendas or aversions/attachments about disability that a yoga teacher may not want to address or even know they have. The language that has been used to guide students in a yoga asana (posture) may not work for amputees and others with disabilities. 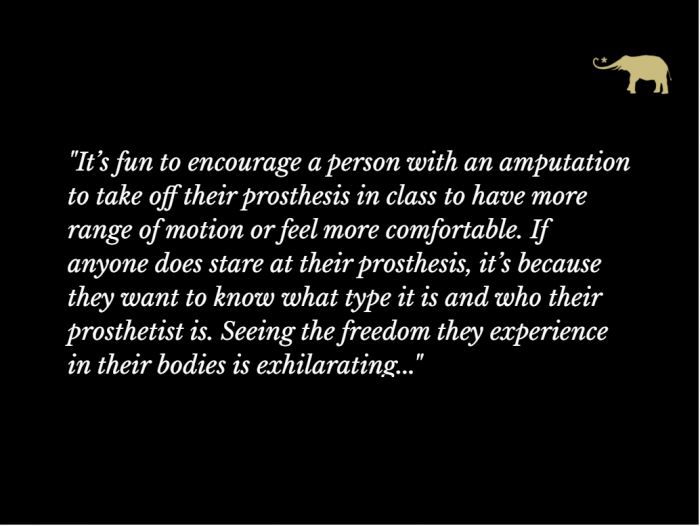 Yoga studios can be ill-equipped to welcome people with disabilities. I taught at a studio that was offering yoga to the amputee community. The room they were using was at the end of a hallway that was lined with yoga props. Several amputees could not get their wheelchairs through the hall to get to the class. As well-meaning as we try to be, we can sometimes not clue into the obvious. It takes some education. Hence my training.

There is so much discussion lately about diversity, equity, and inclusion as well as body-positive yoga. Disability is barely mentioned and if it is, it is often an afterthought. But 15 percent of the world’s population lives with a disability of some kind. On the other hand, amputees are everywhere in the media, from runways to the Olympics. While representation matters, there are so many other factors that come into play with an amputee who can run track and field compared to a sepsis survivor who can barely stand. Like any yoga experience, different amputees require different yoga practices.

Since I was young, movement and breath have been essential to my sense of life purpose. I was given death rites at the age of five when I was diagnosed with bone cancer. I survived only to fight bone cancer again as a 13-year-old when my amputation took place. I dealt with bladder, kidney, and congestive heart failure as a young adult. At the same time, I found yoga and was practicing for many years before I felt called to teach in 1997. 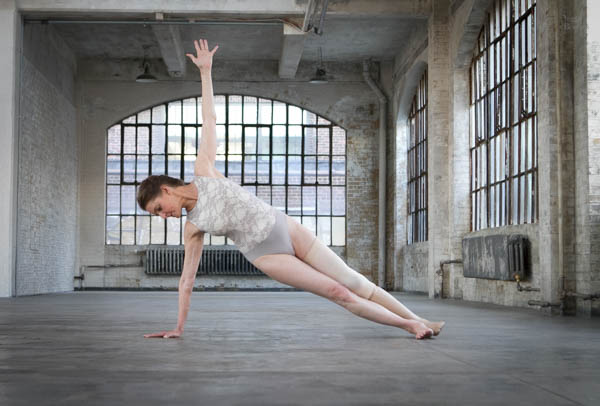 I taught yoga while I stayed alive on dialysis for 11 years, like an amputee. I taught yoga through kidney transplant recovery and a myriad of other repercussions from this childhood disease that has both kept me separate and taught me about wholeness in the most fundamental way.

If anything, I am living proof that yoga goes so far beyond chaturanga. Down to its essence, yoga is about remembering how whole we have always been.

This is why I teach Y4A: Yoga for Amputees®. 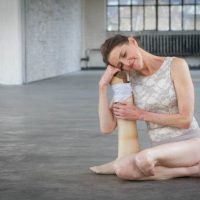 Marsha T Danzig is the founder of  Y4A: Yoga for Amputees® whose mission is to provide health, wellness, freedom of movement, psychological healing, spiritual renewal, and a… Read full bio