The Hidden Curse of Casual Sex while Dating.

The creators of dating apps can be pictured as witches residing in cabins in the woods, stirring their cauldrons as they concoct Bumble or Tinder.

Once their brew is ready, they lure in the women of the land and give them some of the potions, promising them endless attention and possibly even a relationship from the ideal man.

It’s a glorious feeling when first viewing your long list of matches on a dating app. It’s as if our phones are suddenly an enchanted stone, giving us the ability to be a sex goddess desired by all of the beautiful men in the land. We simply hold the phone and turn on that app for the alter ego to take place.

However, as we know from stories, enchanted stones from witches aren’t always what they seem. A curse is bound to happen sooner or later. Typically, this curse ends up being the dreaded situationship. What is unfortunate is that once the situationship arises, it is near impossible to get rid of it (or at least the trauma from it).

As most of us are aware, a situationship is a circumstance that involves being casual with a man you have feelings for. The man, however, does not have the same feelings back and, therefore, does not want anything more than staying casual. While the easy solution out of this should be to simply walk away, this typically can’t be done, as the woman has already attached herself to the man to a point where she can’t cut him off without an almost impractical amount of willpower.

How did this attachment happen to a man who likely didn’t even say the “I love you” words to her? As we all sadly already know, casual sex has probably caused the attachment.

To be more specific, it wasn’t just casual sex, even though that’s the main part of it. You see, while holding the enchanted stone, we feel invincible as lines of men in our matches are just itching to meet us. So when we match with a guy who has a great body or says the right jokes, we can picture ourselves in a relationship with them.

But then, it happens.

It’s as if the witches also handed us a goblet with the stone. The goblet holds a certain amount of oxytocin for us to contain for each guy, allowing us to hook up and spend time with them a certain amount of times. Once we go past the limit and the goblet overflows, the curse takes place. Sometimes, it really isn’t just hooking up with them. The goblet can also get more filled from admiring his smile while at an event or restaurant with him, or singing songs with him in the car. Either way, the attachment hormones are adding up in that goblet.

The goblet then overflows and we find ourselves falling for one of the guys. This would be fine if the guy fell for us back, but that isn’t usually the case, because that guy only saw us on a casual level, meaning that he never really opened up to us or was vulnerable. He risked absolutely nothing. We were always just fun. This means that the attachment is almost always one-sided. People might argue that he also had sex and also experienced the romantic dates, but the sad truth is that sex and romance is completely different for men.

Men can easily have sex and enjoy their time with a woman and not feel a bit of attachment to them. This is because they release dopamine in the moment, but once that moment is over, the release of dopamine comes to an end and is completely out of their system, sometimes giving them the urge to do it again. The thing is, while they’ll likely also do it again, they’ll do it with another girl because they aren’t in a relationship and nothing is stopping them from getting some variety.

We, in turn, feel not only attachment, but also betrayal from a man we aren’t even committed to. We know we aren’t committed to that man, so now we additionally feel stupid. It’s a cocktail of negative and frustrating emotions that constantly follow us everywhere we go, constantly greying our colors. The man can usually sense this and keeps us at a distance, but usually calls us up if we are the only available one on his list for that night, unfortunately.

While our common sense is begging us to blow him off and block his number, that glimmer of false hope urges us to see him, hinting that this may be the time he declares his hidden love for us and finally provides the validation we crave.

In the meantime, modern eras have convinced us to rotate him with other men. The problem with rotating is that it just reminds us that the other guys in our rotation aren’t the one guy we want. Because of that, our time with the rotated men only causes us to long for the one man we feel attached to.

Actuality reveals itself and it’s realized that the curse cannot be eliminated. We doomed ourselves the moment we took the stone and goblet.

The best that can be done to get ourselves out of the situationship? We must open the dating app and begin searching for a new man to get attached to once we are completely sick of being obsessed with the current guy.

The curse is ongoing. 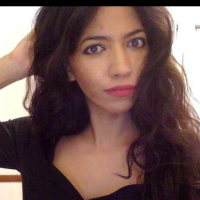