“We Create our Reality”—The First Step to a 5D World is to Believe it’s Possible.

Although life has been challenging since March of 2020, the last few months have been a different kind of brutal.

Last fall, I made a huge life change. After a profound experience on the winter solstice of 2020, I was called to move to the root chakra of the world; Mt. Shasta.

I finally arrived right when we entered into a retrograde storm at the end of September last year. Although I have had some moments of peace and clarity since my arrival, it has been difficult to stay in this place for too long. I spent most of October and November getting situated and preparing for the possible collapse of the 3D matrix.

During the Age of Pisces, we created hierarchical systems because we mistakenly believed that we needed something or someone to believe in. As we shift into the Age of Aquarius, we are letting go of this illusion, which will likely result in an inevitable collapse of many of our systems. Currently, our 3D matrix is held together by ego and fear.

However, many believe we are collectively ascending into fifth-dimensional consciousness, in which we will be operating from a place of love and compassion. I thought, for sure, that something significant would happen by the winter solstice of 2021 because the energy was so incredibly intense. I wasn’t sure if there would be food shortages, power grid outages, or a complete banking collapse. I found it difficult not to travel too far down these fear-based rabbit holes attempting to prepare.

However, nothing significantly changed as we entered into 2022, at least nothing drastically visible in the material world. I did feel as though I finally came to my senses and realized that I was acting out of fear which was definitely not in alignment with 5D consciousness. I decided that moving forward into 2022, I had to take a different approach. I took a break from trying to speculate how best to navigate this transition to be a step ahead of the imminent collapse and just trust in the process, as well as disconnect from any information that was not in alignment with fifth-dimensional consciousness.

Initially my “new year’s resolution” was working out well.  However, I began experiencing a new wave of discontent. Despite the fact that this winter in Mt. Shasta has been absolutely incredible with most days being sunny and in the 50s, even 60s, everything appeared gray and miserable. I began to experience this extreme apathy, as well as a significant questioning of what my purpose was here on this planet moving forward. I felt so incredibly lost. I was also feeling extremely detached from everything and everybody, which was so incredibly scary.

I kept trying to figure out how to remedy this malaise. I experienced so much resistance to pretty much everything I was doing in my day-to-day life. I kept thinking of things I could do but seemed to just dread most activities. I had very little desire to socialize and I lost passion for my work and pretty much most activities. Even food lost its flavor. Although it appeared that I was experiencing a depressive episode, I was pretty sure something else was happening.

As February 22, 2022, approached, I met with an energy healer who really helped me shift my energy. I woke up the next day feeling significantly better. Two days later, while listening to a podcast from Molly McCord, I had a huge epiphany.

She stated that there will be an upcoming conjunction of Jupiter and Neptune in Pisces that will be taking place in April of 2022. She referred to this alignment as the Pisces portal, which would be a grand clearing of the Age of Pisces energy. This once-in-a-lifetime conjunction between Jupiter and Neptune at 23 and 24 degrees of Pisces—similar in significance to the alignment we experienced on the winter solstice of 2020—will be a grand completion of energies that we are ready to leave behind as we move into this new age. This is meant to release anything that is not needed in the next phase of our spiritual growth, which she indicated can be quite confusing.

I realized that the discontent I was experiencing was likely in part that I was doing some serious internal housecleaning and potentially letting go of a lot of old patterns, beliefs, traumas to assist in unplugging from the 3D matrix. I was reminded of the scene from “The Matrix,” where the characters who had unplugged from the matrix were on board a spaceship and eating some sort of tasteless gruel. There was this bland unpleasantness that they were experiencing, which is exactly how I felt since the beginning of the year. I realized that this feeling of detachment and resistance to my old life was possibly because I was transitioning into a new one and I had no clue what that was going to exactly look like.

I also had another realization. Many of us are waiting for the external world to change—the collapse of the 3D matrix in order to ascend to the 5D. However, this may not be the best way to conceptualize this because 5D is a state of consciousness—the answer may be to begin living fully in this dimension in the present moment as a way of creating it.

We know that we create our reality with our thoughts and actions. Therefore, the first step in creating this 5D world is to believe it’s possible. And now that we are in March, there appear to be some powerful alignments starting with the new moon in Pisces conjunct Jupiter, which is the planet of faith, trust, and beliefs, that will be assisting us in moving forward with this mission.

I think I was definitely on to something when I decided earlier in the year to just detach from all information regarding the virus, corrupt politicians, the cabal. If we continue focusing our intentions on these old paradigms, we essentially give them power and keep them alive. We have the opportunity to create a new earth if we all “think” together because I truly believe that there are more of us on the side of light and love.

I will do my part in shifting the collective by focusing my energy on living based on these 5D concepts and trusting that everything will fall into place. I hope that you will join me. 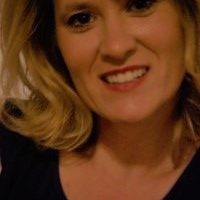 Christina Samycia, PsyD hopes to inspire and empower others to become the authors of their lives. Her life’s purpose is to help evolve the consciousness of the planet thr… Read full bio