The Life-Changing Magic of saying these 8 Words. 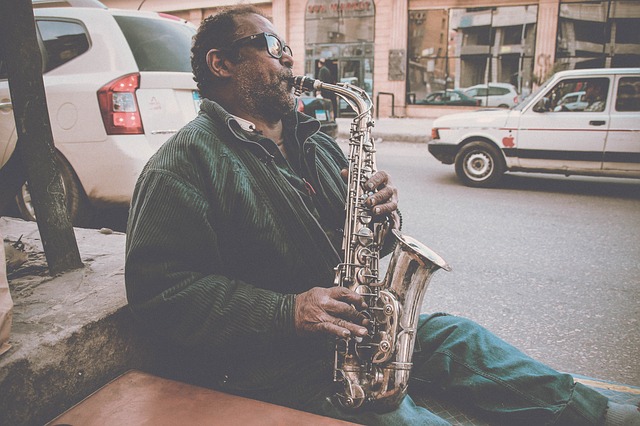 “Children get up in the morning and they’re all excited, because they don’t know what’s going to happen today. And you and I too often wake up [already] bored, because we think we do.” ~ Marianne Williamson

This is one of my favorite quotes by Marianne Williamson, even though it’s one of her least popular ones.

When I heard these words for the first time a few months ago, I began to laugh wildly. Like a shovel breathing air into ground that had become too tight, the words unearthed a deep feeling of stagnation and entrapment I was experiencing at the time.

I have always prided myself on being that person who will never race through life without stopping to admire the beautiful details. In a list in my journal, I’ve taken down details such as a man with hair so ginger it was like an orange flame, a woman with bath plug earrings, and a busking bassoon player underneath an inner city bridge in London.

I also recently met a woman who immediately brought the word “wonderful” to mind. Not only was she doing incredible work, but she also exuded an aura of magnanimity and compassion.

So often we walk around with the preconception that people are rude, uncaring, and unkind. Yet I am constantly reminded by people like this woman, as well as the little creative sparks in life, that despite all the awful things on our planet, it’s actually a magnificent place. A place worth showing up for. A place worth fighting for.

However, sometimes life is such that we begin (consciously and unconsciously) to shut ourselves down in order to protect our hard-earned sanity and stability.

For me, this began at the end of last year during the sh*t storm that was the national South African student protests. Amidst the tumult of the rest of the world’s politics, reading the news each day felt like torture, as my hope for the human race was continually diminished. My sensitive soul could not fathom how students fighting for initially noble goals would turn to arson, destruction of property, and violence to achieve their aims.

I would clasp my faith to my chest, but each news report was like a blow to the face. Standing Rock. Trump. Brexit. Blatant anti-Semitism at the University of Witwatersrand. The drowning of Syrian refugees on their way to safety in Europe.

As each event snowballed together, I began to experience mild panic attacks, and my face and chest came out with a horrible, uncomfortable rash. Although I have no allergies, I felt constantly hot, itchy, and red.

The truth is, I was experiencing an allergy to life.

I did my best to practice self-care, but my survival mechanism soon took over, encouraging me to find safety from the outside world within my daily routine. Each morning would begin with the same concrete blueprint of the day to follow: breakfast, studying, lunch, studying, maybe a walk, studying, dinner.

If the external world was like the chaos of war, my schedule was the military, trying to put everything back into place. At first, the structure gave me a sense of grounding that I felt I had lost. However, I soon began to feel suffocated by this ascetic method of coping.

By the time I emerged from the two months of shutdown at my university due to the protests, I felt and looked a bit like a ghost. The lovely surprises of daily life were less and less frequent, and even when I did see them, their beauty didn’t penetrate me as deeply as before.

Slowly, however, I began to recover my joy by saying the following statement every single day:

I don’t know what sparked this mantra for me, but the words repeated throughout the day would wash a sense of relief over my anxious body and mind. My tight lungs would relax and the air tasted sweeter.

When we close ourselves off within our routines, we subconsciously send out the message that we are not open to the flow of life. Whether triggered by life trauma or not, this does little for inviting in serendipitous adventure and new experiences.

Funnily enough, the harder we grip onto the parts of our lives that need healing and fresh air, the more these parts will waste away.

However, every time we say, “I don’t know what’s going to happen today,” we release our attachment and allow for the expansion that the words bring. Our schedules are still there, but they’re not a jail anymore. We are affirming that life itself is a flow.

We are saying to the universe: I am open to receiving. I trust in life. I surrender trying to control what is uncontrollable.

Just the other day, I noticed myself slotting mechanically back into my routine. Luckily, I remembered to say the magic words and within four hours, I had been invited by a friend to a play and had also spontaneously begun talking with a devilishly handsome guy at my local coffee shop.

I could only roll my eyes and smile.

I’ve yet to discover the full extent of the power of this mantra. However, I’m learning daily how affirming an intention of surrender and open-mindedness can be the single greatest healing force we can invite into our lives—eight words at a time.

“Mystery is at the heart of creativity. That, and surprise.” ~ Julia Cameron 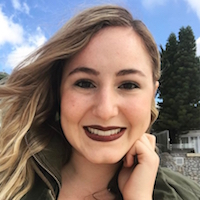