I can barely lift my head up from my hands and lean over my computer long enough to type up this article, but I feel like what I have to say is much more important than my own lethargic emotionality, so here goes.

I’m just really freaking tired. Why, you might ask? It’s simple. I look around me, I look at the news in my queue, and I see more and more atrocities. I see alerts about yet another puppy mill being busted, and happy as I am that those evildoers are going to be put to the law to answer for their cruelty to animals, I am just so tired.

See, the thing is that for every step forward the animal rights movement takes, it seems like the people who inexplicably stand in opposition to our advocacy manage to knock us back at every turn.

I can’t figure out why people agree that eating a dog is wrong, but can’t then wrap their minds around the fact that eating a cow is no different.

I can’t figure out what it is they cannot figure out. Like I said, I’m tired. I’m exhausted of the fight I know I must bolster myself for, because I will never stop fighting for the animals.

My own animal rights advocacy and activism, as well as my veganism, stems from my childhood. I wasn’t fully aware of what factory farming was, of course, and I wasn’t woke to the facts of animal suffering under the hands of human beings.

But something deep within my wee mind knew that consuming flesh was wrong. My body rejected it—eating meat made me sick.

I was raised with animals around me. My family had pets, and my aunts and uncles raised animals. I remember that my most peaceful moments growing up were times that I spent alone with the animals. I noted their kindness and wondered why people of my own species choose to be so unkind to me. I saw their lack of discrimination and wondered why some people felt the right to discriminate against me and my family based on our name and accents.

For a large part of my life, I believed that the animals were better than human beings, and—well, to be frank—I still believe that to an extent. After all, we are the cause of climate change, deforestation, and a slew of other problems. We human beings are animals far more destructive than any other species on this great, green earth.

I see all of these things, and I am tired.

It’s hard not to let yourself get burnt out as an activist. Burnout is pretty much an inevitability, and it has nothing to do with our own commitment. We’re only human, after all, and bearing witness to cruelty and suffering is tough emotional work. Yet no matter how tired you are—you who feel the same as me, fatigued by the sheer lack of compassion and reticence to any change—the fight is not over.

And, until it is, we cannot allow the burnout to overcome us.

For this is a time in our history in which numerous dynamic changes and possible truths have come forward.

Amidst these wondrous breakthroughs, there is another idea that should not be so revolutionary: the idea that human beings and animals share the same rights, and that all species should be treated equally. The basic tenants of what we consider our basic rights as human beings should, in turn, be given to other sentient beings. After all, we consider these rights inalienable to us simply because we are sentient beings ourselves.

Other animals also feel pain, which we inflict on them with no thought, but avoid religiously for ourselves.

We would be less likely to fall to deadly diseases associated with high levels of cholesterol, fat, and excessive protein. We would be kinder, showing more appreciation for our fellow beings. We would have a steadier supply of clean water to drink, and would lose less topsoil to atrocious farming practices.

So much is to gain from granting animals their rights, and so much to lose from remaining stagnant, stuck in our current ways of destruction.

We would consider it universally sickening and disturbing if even one human being was raised from birth to have his or her body hair harvested to create coats, their skin used to make clothing or sporting items, and their flesh cultivated in order for others to consume. How then, do we—as a collective society—find it acceptable that an unfathomable sum of animals we often think of as “cute and cuddly” are killed by the minute for these very purposes?

As keepers of the planet and investors in the welfare of other creatures who also inhabit this earth, it is our duty to bestow the esteem and respect we owe to our fellow creatures. It is our charge to do what we would consider right by other humans and grant animals rights that protect them from harm and exploitation.

With this in mind, there are acts that cannot continue, in the name of animal rights and the sanctity of life for all creatures. Human beings do not require animals in their diet in order to thrive, let alone live. As obligate omnivores, we could exist exclusively as herbivores, taking no meat and living on a plant-based diet, while also living healthy lifestyles.

In fact, it has been studied in numerous cases that those who do abstain from the consumption of meat have lower instances of dreaded diseases such as cancer, heart disease, and diabetes. The instances of these illnesses in vegan individuals are even fewer.

It is also true that raising animals for food has led to such atrocities as deforestation to raise cattle, the loss of topsoil, befouling of water sources, and overall contributions to global climate change. We have the means and technology to keep the entire world healthy and fed on a plant-based diet.

For the sake of animal rights, as sacred and important as human rights, the consumption of their flesh must end.

It is erroneous to assume that those involved in the Animal Rights campaign, who hold the values expressed in this article dear to their hearts, care nothing for the suffering of human beings. This is a false statement, presumptuous and harmful in its very nature.

Denying that humans have dominion over animals is not equivalent to denying human rights.

Animal rights activists simply believe that animals should enjoy the same freedoms from threat of injury and exploitation that we do. Most individuals that champion animal rights are in favor of fundamental rights for human beings as well, because empathy knows no barriers—not sex, race, class, or species.

By showing respect toward all life, the lives of human beings are not devalued. In fact, human beings stand to benefit from giving animals their fundamental rights. We would have better medical practices for research, leading to possible cures and improved treatment for diseases. We would have enough arable land to feed the world population and help it to thrive.

I am weary, yes, but so is the cow too sick from infection and milking to be loaded into the truck for slaughter.

I want to shut off my own mind and feel more at peace, but that’s not an option for the poor chickens, mutilated at birth and forced to live with no space to move around.

I’m tired, yes, but so are the orangutans kept in a lab somewhere; they’re mere pawns, mere objects to perform tests upon.

I’m tired, but reloading. Because we’re better than this. 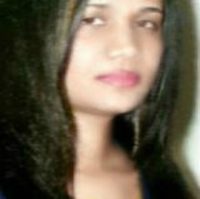