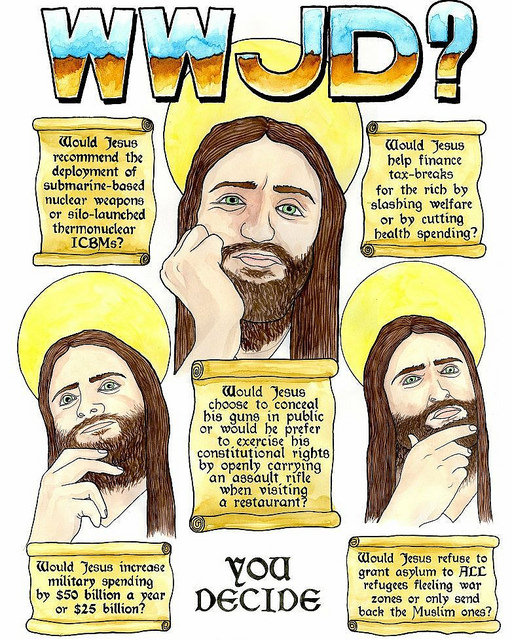 At the most recent annual Southern Baptist Convention (SBC), Texas pastor William D. McKissic, Sr., proposed a resolution calling for the SBC to denounce the alt-right movement and white supremacy.

In a shocking move that has thrown the convention into chaos, the proposal was not approved by a two-thirds majority.

The backlash has caused the group to reconsider, but it’s certainly telling that two-thirds of the resolution committee did not see a need to denounce racist groups in light of growing racial tension in our country.

According to USA Today, the Southern Baptist Convention did, in 1995, recognize that their denomination had historically oppressed civil rights, particularly for African Americans. Fast-forward to the 2017 convention, and it seems that they’ve taken a giant leap backward by being unwilling to publicly take a stand on the straight-forward matter of racism.

It’s no surprise that many consider this a racist action deserving of a justifiable backlash.

In fact, I remember all of the things they’ve wanted to boycott over the years. In the late 90s, it was Disney—because of Disney’s support of gay rights. The boycott lasted for over eight years (during which time I watched every single Disney movie possible even though I was well outside of the target age range for many of them).

I also remember how they wanted to boycott the movie “Titanic” because of the profanity and nudity—there was even a publication passed around on exactly how many curse words were used in the film.

Believe me, if I was on a big-ass sinking ship, the words coming out of my mouth would be sure to streak the air blue. I wouldn’t be shouting, “Oh, golly gee. Goodness gracious!” Far from it!

And I remember wondering at the time how many viewings that author of that report had sat through to count every curse word and record every second of Kate Winslet’s bared breasts on screen. It seemed suspect to me.

But I digress. My point is, I’ve long been aware that the group has been far from supportive of civil rights or the rights of the LGBTQ community.

Yet even with that said, I know that there are Southern Baptists out there who align with the church but primarily identify as Christians. They are good people. They’re trying to live good lives. They love their neighbors, and they don’t associate the Bible, Jesus, or Christianity with hate, judgment, or white supremacist ideology.

But because they are also Southern Baptists, they’re going to be painted with the same brush—the brush of racism—in light of this recent convention.

So what can a loving Christian who attends a Southern Baptist church do to respond to allegations of racist behavior?

Well, here are a few basic actions that could help:

1. They can let their church leaders and SBC representatives know that they are disappointed, saddened, and outraged that the SBC was unwilling to take a basic stand against the alt-right and white supremacy.

2. If their particular church (or the SBC) is unresponsive to members’ calls to support McKissic’s resolution, they can choose to leave the denomination and find one that actively takes a stand against hate groups.

3. They can publicly denounce the SBC’s decision, and let their family and friends on social media know that they personally denounce white supremacy.

Think about it like Trump and the Paris Agreement: While his decision was backward and ignorant of the severity of the climate change crisis, individual U.S. states and cities are publicly supporting the agreement to show that they do not agree with his decision.

4. They can show support for Black Lives Matter, Pride events, or other groups that have often been marginalized by conservative religious groups. If we want to show that we’re not racists or bigots, we need to back that up with some action.

5. They need to ask their pastors and religious leaders to also make statements denouncing white supremacist ideology and alt-right groups. On social media. From the pulpit. At local and state conventions. Everywhere they can.

If the SBC won’t do what’s right unless there’s a media backlash prompting them to do so, individual members of the denomination and churches can take a stand.

6. They can make sure that they are not using their religion to perpetuate hate—hate toward people of color, women, gay people, trans people, liberals, other religious groups, and more.

I’ve read the Bible cover to cover. I’ve grown up deeply enmeshed in the Southern Baptist world. And I know that Jesus did not perpetuate hate. This sort of hate—the kind where a religious group refuses to denounce a hate group—is what Jesus would have considered a sin, an abomination.

Christianity was meant to perpetuate love, not hate.

7. They can make sure that they understand issues associated with white privilege as well as other forms of privilege (male, hetero, cis). I hate to hear a white person talk about how white privilege isn’t actually a thing, or go on and on about how it’s really people of color who have more advantages because of programs like affirmative action.

Not only is it deeply ignorant, it’s also just not true. Southern Baptists, in an effort to distance themselves from accusations of racism, should take the time to educate themselves about privilege from academic sources (not conservative or religious ones that might be tainted by opinions and the aforementioned ignorance).

I’m not surprised that the SBC shot down this proposal, or that it reconsidered after there was a backlash. I think this just brings to light the prejudice that still exists within many religious organizations.

Now that it’s been brought to light more clearly than ever, Christians of all denominations—particularly those who identify as Southern Baptists—have a responsibility to root out that hatred and stand against it.

Not only because it’s the right thing to do—and way past time to do it.

It’s simply what Jesus would do.