How a Couple of “Elites” Screwed Up Western Medicine for Everyone. 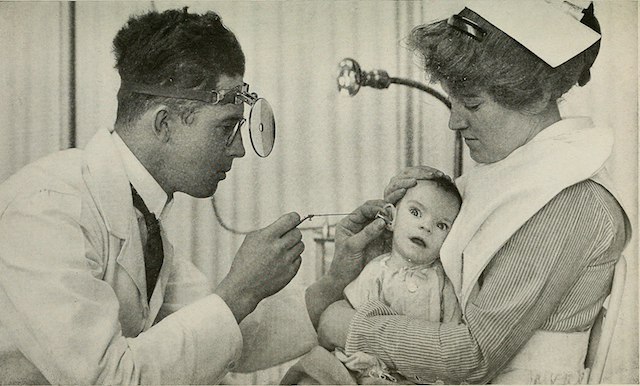 When I was about seven years old, in 1956, a very old lady next door was using an antique electric muscle stimulation tool on her stiff leg muscles.

She said it made her feel better. I was fascinated as a child to see her leg muscles pulsing from the electric field. When I asked our family doctor what that electric stimulation tool was about, he told me it was all “quack medicine” that did nothing at all.

In 1963, I was 14 years old. My parents went on holidays in Barbados and left me with a Latvian couple who had a farm outside Hamilton, Ontario.

They grew many mysterious plants called “medicinal herbs” on their farm for healing. When they told me about herbalism in Latvia, I was astounded to know that medicines came from herbs.

My parents knew nothing about herbs as medicine. In all my schooling up to that point, “herbs for medicine” was a topic that never came up. When I researched it at the local library, I found that herbs had been used as medicine for thousands of years. How did the history of herbal medicine become virtually erased by the mid 20th century?

Later in life, as an inventor at age 65, I designed electro-medicine brain stimulation devices for brightening people’s mood and for relaxation. I was surprised to learn that similar machines were first used in use in France in 1903. I was astounded to learn that electro-medicine was first used in ancient Egypt when electric eels were used to treat migraine headaches.

In ancient Rome, electric fish were used to treat epilepsy and headaches. Electro-medicine remained popular worldwide throughout the 20th century except in North America where it was almost unknown until the late 1980s. How did the use of electro-medical treatment become virtually erased from our culture in North America?

I am now 68, and over the years I have relied upon alternative medical solutions for almost all my health problems. A change in diet, herbs, vitamins, minerals, and lots of exercise ended up being almost all the medicine I ever needed! In 2010, when I was 61, I cured myself of arthritis with vitamins and minerals alone.

I had suffered for decades, since I was in my 20s. My doctors said arthritis was not curable, but Western medicine was wrong about arthritis! After that simple cure I quit suffering, became skeptical, and started to research the history of medicine in North America.

What I discovered is astonishing.

The real story starts with John D. Rockefeller (1839–1937), who was an oil baron and America’s first billionaire. In the 1800s, using “organic chemistry,” or the chemistry of carbon, the petrochemical industries were created. In the 1800s, it came to light that various traditional herbal remedies contained active ingredients called “alkaloids.” These alkaloids could often be produced synthetically by the petrochemical industries. Sometimes the active ingredient of a medicinal herb could be chemically modified and patented. This new business was called the “pharmaceutical industry.” The resulting patent medicine could be sold at great profit compared to the herb from which it was originally derived.

By the turn on the 20th century, Rockefeller controlled 90 percent of all oil production in the United States through a multitude of oil companies that he owned. There were only 1,000 cars in existence in 1900 that burned gasoline. Not much profit was to be found in cars. The petrochemical industry however was flourishing. The pharmaceutical industries promised to be the most profitable part of the oil industry. Rockefeller invested heavily in the newly created pharmaceutical companies.

Andrew Carnegie in 1900 was also very wealthy. He had made his original fortune by investing in Columbia Oil in 1862, made an even bigger fortune in steel, and formed the Carnegie Foundation in 1905. The foundation was known for its expertise in funding and carrying out educational ventures.

In the early 1900s, the newly formed American Medical Association (AMA) realized that medical education was in a sad state of chaos, so they created The Council on Medical Education in 1904 to study the need for educational improvements. However the AMA could not afford to do the study.

Henry Pritchett of the Carnegie Foundation offered money and recruited Abraham Flexner to do the study. The Carnegie Foundation then took over the management of The Council on Medical Education and invested millions of dollars in the project. They studied every medical school in North America, issuing a report in 1910 called the The Flexner Report. To be fair, the Flexner Report did at least help to standardize medical practices. But it had many negative effects too, which you can read about in the link above.

The study was funded by the Carnegie Foundation with donations from John D. Rockefeller and other industrialists. By 1909, The Council on Medical Education was being run by the industrialists who were heavily invested in the pharmaceutical industries, a branch of the petrochemical industries. These industries were in direct competition with traditional healing approaches, such as, herbalism, electro-medicine, naturopathy, massage, diet, exercise, and so on.

The effects on other branches of healing that the report had is well summarized by the Wikipedia entry on the Flexner Report quoted here:

“Medical schools that offered training in various disciplines including electromagnetic field therapy, phototherapy, eclectic medicine, physio-medicalism, naturopathy, and homeopathy, were told either to drop these courses from their curriculum or lose their accreditation and underwriting support. A few schools resisted for a time, but eventually all either complied with the report or shut their doors.”

The Flexner Report also marked the beginning of the end for midwifery in the U.S. and Canada. After 1910, state after state in the U.S., and province after province in Canada, outlawed midwifery.

It also was an “Old White Boys Club” and white women, as well as black men and women, were driven out of medical practice after the release of the report. This was unfortunate, because before 1910 there were many practicing medical doctors from each of these groups.

By 1929, the Carnegie Institute was given the accreditation authority for medical schools in both Canada and the United States. All medical schools that were not in agreement with the Flexner Report were closed. After 1935, medical schools only offered pharmacological approaches, vaccines, and surgery. All other traditional healing approaches were successfully eliminated from medical education.

See this YouTube video of the history of the AMA and Carnegie Institute here:

By 1950, our North American medical culture had been purged of all traditional approaches to healthcare. Only the pharmaceutical industry approaches, plus vaccines and surgery, remained. As the older doctors retired, herbalism, naturopathy, electro-medicine, massage, and many other forms of healing were all but forgotten. They were classified as “quack medicine,” a term which was popularized after the Flexner Report.

The Restoration of Traditional Healing Approaches

By the time I was 17 years old, I was part of the hippie subculture and herbs, vitamins, minerals, acupuncture, marijuana, and massage were suddenly cool. We contributed to the reformation of the Canadian medical scene. Within less than 10 years, herbs, minerals, and vitamins were everywhere. Health food stores blossomed. Herbs were shown by scientific studies to actually work in the 1970s and are still being done today.

Physicians cannot be blamed for their 20th century pharmacological slant on healthcare issues. Their educational systems were compromised by the industrial interests of those who funded the Flexner Report of 1910.

Fortunately, times are changing and medical doctors are listening to their patient’s requests for natural health care. Today many physicians collaborate with naturopaths and chiropractors. My own open-minded family physician does not push me to take prescription medicine. It is encouraging to see medical doctors, such, as Andrew Weil, who worked to promote a more balanced model for healthcare that is inclusive of all options at the university level.

In Canada and the United States during my lifetime, there have been several attempts to establish expensive and overly rigorous standards for herbs and supplements that are relatively safe compared to pharmaceuticals. This threatens herbalists and other producers of alternative medicines. It threatens the availability of these health aids. One can only assume that these efforts were driven by lobbyists from the pharmacological industries. Citizens groups in the United States and Canada strongly opposed the proposed new legislations, and we successfully defeated them through petitions addressed to our members of Parliament in Canada or Congresspersons in the United States. There is a need for citizens’ continued vigilance.

Pharmaceuticals receive extensive testing for medical verification. Important herbs such as tumeric or minerals like boron rarely receive any testing because there is no profit in it. However, there are great rewards to current and future generations if the testing of herbs and supplements was to be carried out.

With modern computer technology, it should be possible to set up grassroots double-blind testing experiments where ordinary mail is used to deliver samples for testing. Each sample is labelled with a cryptic number which identifies the “real thing” from the “placebo.” Citizens could volunteer to be testers by being part of a club to get around any regulations. The results could be automatically tested through an interactive website that processes the results through knowledge of the code numbers sent out with each sample. Thus, real double-blind testing could be done at minimal cost. It might cost only 1,000 dollars to do testing that would cost 100,000 dollars or more in the pharmaceutical world. This is beyond my capability, but I do work in the software world and software experts tell me it would be easy to do this!

I am planting a seed—who is willing to make it grow? With this knowledge, we can help doctors to embrace herbs and other supplements which are currently not being tested or used by mainstream medicine.

A Balanced Approach is Needed

Yet alternative health approaches have merit, and dietary approaches can sometimes even cure the disease, preventing the need for treatment. These alternatives need to co-exist with pharmacological medicines as options that healers can recommend.

A True Story of Healing Chronic Illness through Ayurveda.

One Couple’s Quest to Find a Natural Cure for Addiction. 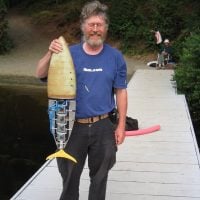