Not all Activists carry Clipboards. 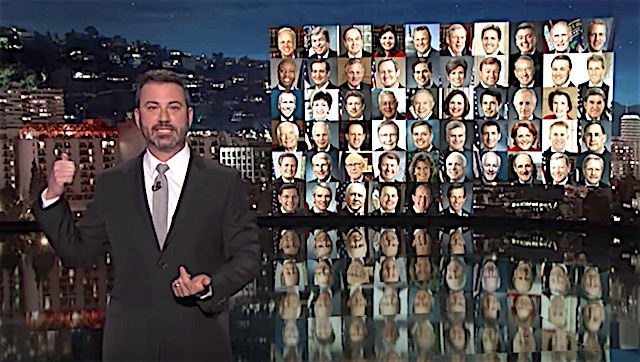 I did something really out of character last week.

I engaged with someone on the internet—actually, several people—who held starkly different from views from my own on one of the most divisive issues of our time: gun control.

I have strict rules of engagement for social media: the dialogue must stay respectful, viewpoints must be supported by facts from respectable sources, and we must move the conversation forward toward a conclusion. For the most part, these criteria were met.

The pessimist in me tried to stop me, saying, “No, don’t engage; it’s not worth it, you’re just going to get yourself all worked up, silence is smarter.” But my hands, though shaky, reached for the keyboard nonetheless, and my heart followed (or perhaps it was the other way around).

I debated my side of the argument. So did the person on the other end of the conversation.

I researched my facts before presenting them. So did the person on the other end—sometimes.

And I challenged—and was certainly challenged in return.

My biggest takeaway from this experiment? While studies continue to show how starkly divided our country is, with all of us frozen in our positions, it didn’t take all that much to thaw the ice. An open-ended question or two, a “tell me more” approach, and a recognition of and respect for their truth, drew people out where they could see me, listen to me, and talk to me.

I became a human being to be met, not an opponent to be conquered.

My inner pessimist was right that I would get myself worked up—my heart raced and my hands got clammy. But, it was wrong about silence being smarter. Staying silent and making arguments in my own head does nothing to move the collective conversation forward. My temporary discomfort caused by engaging with strangers on social media was nothing compared to the pain that friends and family of those killed in Las Vegas are enduring. What are my nervous hands in comparison to their suffering?

Take, for instance, Jimmy Kimmel recently speaking out about healthcare—or, most recently, the mass shooting in Las Vegas:

Watching him speak out these days, fighting about issues that matter—while his voice shakes and his body trembles—inspires me. No longer a harmless late-night talk show host, Jimmy is now taking on (and frightening) Republican members of Congress as well as the NRA. Watching how effectively he delivers these messages, I can’t help but wonder if the old ways of activism are taking the same road as handwritten notes, Blockbuster video stores, and paperback books: the road to oblivion.

So as much as I love the Robert Reichs, Van Joneses, and Elizabeth Warrens of the world, maybe what the world needs now is more Jimmy Kimmels—people whose hands are not tied by political agendas, people who have on-the-ground knowledge, people who never imagined themselves as activists—people I call “reluctant activists.”

It was back in 1993 (can you believe it?) when Jeff Foxworthy coined his famous phrase “You might be a redneck if…” and the collection of (horrible) jokes that went with it. Perhaps we could borrow that format to discover if we too fit the definition of a reluctant activist:

…you detest confrontation and avoid it at all costs.

I don’t know anyone who honestly enjoys confrontation. But those in power are counting on our dislike of it, counting on us deciding that we can’t do anything to change anyone’s mind anyway, so why bother? They expect us to turn a suspicious eye on one another and become embittered so that we will remain easy to exploit.

But we can choose not to become cynical. We can draw others out. We can reveal our humanness from behind the keyboard and honor the humanness in those we meet. We might not change anyone’s opinions today, and they might not change ours. But, if you believe, as I do, that lack of true connection is the feeder of the hate we see so much of today, making steps to bring ourselves closer together might matter more than bringing our opinions closer together. When we engage this way, it doesn’t feel like confrontation anymore—it feels like connection.

Our country fails in comparison to other developed countries in prioritizing work/life balance. If I were a skeptic, I would suggest that this is partially purposeful. The busier we are, the less time we can devote to calling out the proverbial “man behind the curtain.” When politicians like White House economic advisor Gary Cohn say things like, “What I think the American people are worried about is their own financial situation. I think what they’re concerned about is when they go to work every week and they get their paycheck at the end of the week, how much do they get to keep,” what he’s really saying is, “I hope you are all too busy and self-concerned to notice how unfair this tax plan is for you.”

However, when we begin to consider activism not as an outside hobby, but as part of the job description for being human, it starts to feel like less of a chore in our busy lives—because politics is life, and policies change lives. If we avoid politics altogether, we leave our fate in the hands of those who are quite willing—and eager—to shape our lives for us.

Put that way, who among us is still too busy to prevent this from happening?

…you don’t have the energy.

There is no doubt these are exhausting times. Reading the news, watching the Twitter feed, and staying up to speed on politics has demanded a resilience most of us haven’t had to tap into before. But, like those in power count on us to be too busy to engage, they also count on us being too tired, too disillusioned, or too sensitive (this is sometimes called “spiritual bypassing“) to face it.

Avoiding politics might shelter us from some of its ugliness, but it also means we miss the beauty that comes from watching someone speak truth to power (or better yet, doing it ourselves). These wins of integrity and truth restore our energy reserves and feed our hungry souls better than any number of avoidance-techniques ever could.

…you don’t know enough about politics.

Sometimes, being new at something makes us even better stewards of it than if we’d been steeped in it our whole life.

As an analogy, if we grow up bathed in a particular city’s culture and history, we may slowly become numb and myopic to its larger truths—a “missing the forest for the trees” phenomenon. But when are a visitor in a new city, and we don’t yet know much about it, we see it with fresh eyes. We visit the monuments. We study the history. We take it all in objectively. Then, we can participate with fairness, understanding, and respect.

This is true of politics too. Being new to it, we see things that others might miss. The ground floor has much to offer to those on the top.

…you don’t know the right way.

Let’s not dismiss the easiest of signs. If you clicked on this article, it is a sure thing: you are definitely a member of the reluctant activist club—where unconventional is the name of the game, love is the team uniform, and everyone participates.