We’re all Confused & that’s the Best Place we can Hope to Be. 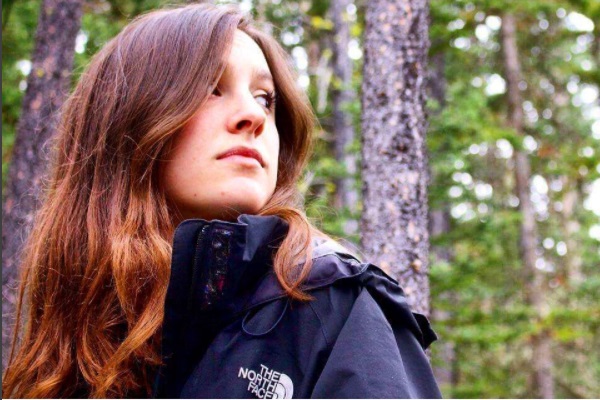 A few months ago, I was sitting in a café sipping a latte when the news came on.

Nothing but tragedy, disaster, poverty, murder, starvation, and assault crossed the screen—and I felt like a selfish villain. Hate was pillaging the earth, and here I was sitting in a café drinking a goddamn latte.

My mind attempted to absorb what was going on in the world, and I felt myself transitioning into a state of shock.

“I shouldn’t be considering my life’s purpose, but rather the future of the world.”

I think about marketing for my yoga studio; I think about workshops, classes, and trainings. I think about my next career moves: finishing my degree, prerequisites for a Master’s, field experience. I think about communication in my relationships, marriage, and kids, and purchasing my first house. I think about eating right, exercising, not drinking too much caffeine, and making sure my pups get long enough walks each day.

And I feel guilty about all of this.

I feel like I’m trying so hard to see purpose in my life that I’ve lost touch with what it means to live with intention.

I feel guilt and shame for being concerned with my own life, for not dedicating my thoughts and prayers solely to the world at large—a world, which I suddenly realized, I haven’t been worrying enough about.

I feel confused about the person I thought I was, someone who cared about more than myself.

This is what I call “life confusion.”

If the happenings of the world are making you feel as though you should be doing more, saying more, thinking more, being more, then I’m speaking to you.

Try thinking about it this way:

Perhaps life confusion is an innate call for action within us. It’s a symbol of our ever-present dissatisfaction with what the world has become and is sadly still becoming.

I’m starting to see that it would be worse if we weren’t confused, because this isn’t the world we wanted, right?

We couldn’t have wanted a world that is abashedly polluted.

There was a time when the world was healthy, when our glaciers were strong and not withering into the sea. When our oceans were clean and not mistaken for garbage cans.

We couldn’t have wanted hate to overpower love.

There was a time when equality appeared to be on the rise: when the world united to end World War II, when Martin Luther King Jr. delivered his infamous speech calling for equality, when Malala fought for vulnerable girls to receive an education.

There was a time when we didn’t hate ourselves so much. When our bodies were our bodies. When mental illness was the exception and not the expected. When validation from people we’ve never met didn’t matter so much.

It goes on and on.

And there are still people doing this—people fighting for health, happiness, and kindness. There are people who are inspired to do better, speak better, think better, be better.

But, unfortunately, it feels like they’re fewer and farther between. It feels like we’re heading down a path of ruin, and there aren’t enough helpers to suppress those jumping on the bandwagon of carelessness. So many people seem to be boarding a vessel of hate because it appears to be respected and backed up by those in power.

For those of us experiencing life confusion, we see the cushioned seats of the bandwagon for what they are: comfortable. But that comfort only comes from imposition and crushing pressure.

So I’m glad that we’re confused.

This confusion represents our desire to be “betterers.” It shows that we want to fight for a world where nobility is a priority. It shows our humility.

We see and hear the inescapable messages of hate, malice, revenge, and death, and they don’t sit well with us. We feel the pressure to jump on the bandwagon, but we refuse to give up on the world and remain comfortable.

Confusion is necessary—it represents steadfast morals and an unassailable devotion to love.

And the guilt we feel about our life’s purpose is a direct reflection of our inability to accept the world as it has become. It signifies a deep desire to be better on a personal level, especially when there’s an overt pressure to do the opposite.

How can we not feel confused?

Here’s what I came up with:

>> Be more kind.
>> Express daily gratitude for the life I’m blessed to live.
>> Educate others and myself about what’s going on around me and in the world.
>> Promote activism.
>> Work with others to alleviate imminent issues, big and small.
>> Write.

As these words came out, I was forced to squash the thunderous voice in my head telling me that I’m just one person. The life confusion I’m experiencing means I can be better.

And I intend to listen to that confusion—to let the prospect of a better world burn in my mind and heart.

We’re each one person, yes. But if we all aspire to be better individuals, we become a better world.

For now, I would like to leave you with this:

Be confused. Be so confused. Be perplexed and puzzled and rattled. But know that your confusion is a symbol of your humanity and your belief that the world can be better. Questioning your own purpose means that you want to do more, say more, think more—be more.

It means you want to help make the world into what it can be: a place of kindness and good intentions.

Rather than wish the confusion away, I urge you to embrace it, listen to it, learn more about it.

Let your confusion about the world and your place in it inspire new ways to make it a better place. 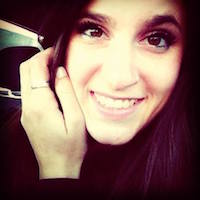