The End May Be Near, but so is the Path Forward. 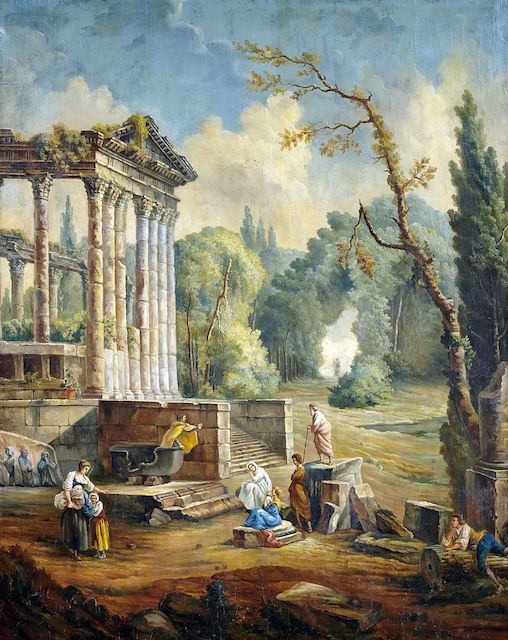 Every few years or so someone somewhere sets a date for the end of the world, and every few years or so that day comes and goes like every other day. But there is a growing sense of alarm among the most educated and prescient thinkers that human civilization may finally be unravelling.

The world is probably in worse shape today than any time since World War II. There are arguably more groups engaged in genocide, more famines raging, more states collapsing, and more democracies degenerating than there have been in generations. And it is all made worse by the fact that the international organizations whose work for peace and human rights we so recently took for granted have been crippled by a rising tide of right-wing nationalism, which pits each nation against all the rest in a Darwinian struggle that might easily spiral into a third and final world war.

It is quite possible we have reached the high water mark of a growing fascist tide and everything will start looking better tomorrow. But it is also possible we are witnessing the perfect storm to which human civilization itself might finally succumb. For the 21st century was always going to be difficult, given the twin challenges of climate change and the prospect of feeding more than 10 billion people. Now with the rise of Donald Trump and the potential dissolution of the European Union, everything just got harder.

Humanity has long been dogged by the idea that human civilization might simply unravel, but we stammer at the thought of what that might mean. The idea is a bit like death itself. There could be nothing more predictable than that life would end in death, and yet few of us can imagine its appearance until it arrives at our doorstep and takes us unaware.

But human civilization is so much bigger than ourselves, and the idea of its collapse so abstract, that talk of what it means quickly takes us into the realm of myth, where grand meta-narratives might better summarize where we have come from and where we are going. It is an understandable response to want to summarize something so vast as our world, and yet nothing could be more dangerous than this drift into fantasy in a moment or crisis.

Everything human is prone to collapse, so the idea that human civilization itself might simply fall apart is merely a consequence of its nature. But few can face this brutal logic—and those who can tend to be so mesmerized by its implications as to become incapable of thinking much else. And it is this sense of being transfixed by our own imminent demise where our thinking about the end of times can truly become pathological.

The worry that human civilization will collapse is common in times of great change, when social bonds have come undone and it is difficult to tell what will set things right. At such times, we tend to experience ourselves either as the puppets of some great conspiracy or else the playthings of fate. And everywhere, we find the oscillating extremes of frenetic activity and passive acquiescence.

Nothing is more common at such times than to retreat into smaller worlds. Either we long for escape into a romantic past when everything was simpler and people relied on the land for sustenance or else project ourselves forward into some fantasized utopia where the real world evaporates amid the march of technological progress. Each of these fantastical aspirations offers the same result: an escape from present day challenges through the illusion of some timeless desideratum.

But where eco-romantics and techno-optimists look to the past and future, fascists generate myths of an eternal present, dissolving the messiness of the real world in a welter of lies. Fascists rely on the kind of big lies propagated by Vladimir Putin and Donald Trump, for they shield them from complexity and the unravelling of the world.

But if fascism is an effort to escape the complexity of the present, its power lies in its apparent realism. The fascist imagines himself facing hard realities, trimming the fat, muscling up for a fight. But it is an illusion based on a set of lies so poorly fitted to reality that the fascist fails at every turn. In place of the real world, the fascist creates a fantasy world and retreats into the herd, whose myths and lies send them hurtling toward a precipice.

And yet, all too many leftists are also embroiled in romantic delusions and absurd conspiracies, reactive hatreds, and support for genocidal dictators, like Putin and Bashar al-Assad. Both the pathological left and the fascist right are responding to a real world over which they feel themselves to possess little control. But whereas the right tends to organize around the protection of the status quo, the left is united around a vision of justice and social progress, which might reweave the tattered fabric of civilization.

The left believes the world can be made better and that everyone can live in dignity if only we could enact the right laws and build the right institutions. And while the history of the left is riddled with the wreckage of genocidal dystopias, like Stalinist Russia and Pol Pot’s Cambodia, liberals and leftists have also built the the world’s most successful states in Scandinavia and northern Europe. And they have continually pressed America to include more and be better.

The question that remains, then, is how the left, broadly conceived to include Noam Chomsky and Hillary Clinton, Ralph Nader and Barack Obama, might regain its footing and move forward while the world itself is falling apart. The language here is visceral and metaphorical, because the momentum is probably to be found less in policy and more in the right attitude and ethos. In the words of philosopher Richard Rorty, the left needs to achieve the promise of our country—and this requires that it develop a positive vision of where we are going and how it might be achieved.

Most everyone is overwhelmed by the world today; and most everyone seems to be retreating into smaller worlds. Hence, the challenge lies in overcoming our own pathological responses to collapse and taking up the call to action with unity and a sense of purpose. The world might be won by whichever side can face the crisis with equanimity and a positive vision of the future.   It will require renouncing lazy reactions and tired old formulas; and we will have to think hard about the kinds of compromises needed to join hands across racial, religious, and national bounds.