I thought I was a free-spirited Wild Card, until I realized I was just another Creature of Habit. 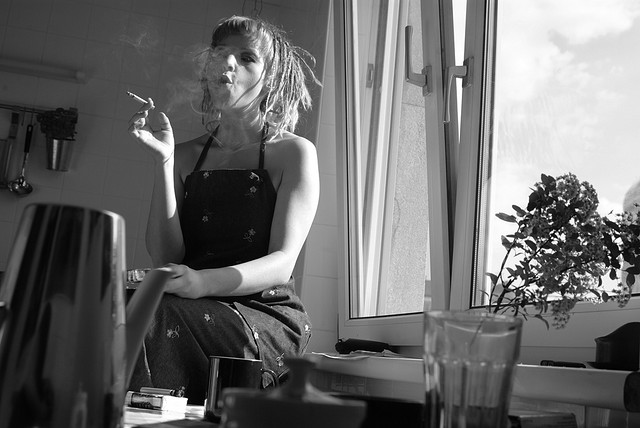 I never really thought of myself as a creature of habit.

As a traveler, I try to explore new corners of this world as often as I’m able; as a writer, I’m always on the prowl for new topics to research and put my heart into.

It wasn’t until more recently that I realized that even spontaneous acts contain habits within them, that I’m not the one-of-a-kind wild card I used to think I was.

From wake-up routines to work days and catch-up calls with friends, the closer we look, the clearer it is that life is a series of rituals. These repetitions aren’t markers of a mundane life, though—far from it. Rituals are a binding life-force for all people. From the nomadic atheist to the O.C.D. homebody, everybody takes part in rituals of some sort, whether or not we are even aware of it.

Think about the things you do every day, and why. Brushing your teeth and showering are rituals that contribute to our health and hygiene. Then, there are the emotional rituals. One of the most meaningful rituals I have is talking with my mother on the phone. One call may seem like nothing, but in aggregation, they become one of the most powerful habits I engage in. It’s what keeps our bond strong and our lives entwined.

Some of us center our lives around these rituals and derive meaning from these repetitive acts; others fall into them by chance and may not even notice their power. Wherever we land on the spectrum, it’s worth paying attention to the rituals we enact, reflecting on how they work, and pondering the deeper meanings they may hold.

That’s what I’ve been trying to be more mindful of lately: pondering meaning. I wonder more about the nature of people and the world, the things that connect and divide us.

Rituals, I’ve realized, can do both.

Because rituals are more than just habits, they are often associated with religion and spirituality. “Rituals transform; they heal and transcend,” you’ll hear people claim. But is it true? The answer, I believe, is a resounding “yes.” Rituals by nature create order out of chaos and infuse our lives with mysticism.

Lest you think this is just New Age boondoggle, science backs up the power of rituals, too. Says The Scientific American, “Rituals performed after experiencing losses—from loved ones to lotteries—do alleviate grief, and rituals performed before high-pressure tasks—like singing in public—do in fact reduce anxiety and increase people’s confidence.” Rituals have also been shown to enhance confidence, motivation, and consequently, performance. So when athletes diligently follow seemingly-inane pre-performance routines, it’s not without reason or benefit.

Additionally, rituals connect us with each other. Studies have shown that, whatever your ritual may be, you are inclined to trust those who practice the same and distrust those who don’t. In other words, they literally influence how you think and act. When NPR’s Shankar Vedantam conducted an experiment using made-up rituals among subject groups, he found that “if you can get people to do a complicated ritual and have them do it over a repeated period of days, it turns out that this can increase trust and cooperation.” Vedantam hypothesizes, “This might be one reason that rituals are so ubiquitous all around the world.”

This may be why it’s so easy for me to connect with writers and more difficult for me to do so with, say, triathlon runners (I hate working out, though ironically enough, I’ve made a habit of it because I know it’s important).

But like I said, rituals can separate us, too. People of cultures and backgrounds different from our own may have unique rituals that unconsciously prompt distrust within us, a detrimental “othering” effect that we should resist. While there may be some valid reasons to be skeptical of differences, common rituals exist even among the most disparate crowds if we look deep enough. Simply having rituals is one easy box to check off in this regard, but with analysis, more tangents will undoubtedly emerge.

It’s clear, then, that being aware of our rituals is the first step of owning them and controlling the outcome. Just because someone shares our rituals, for instance, doesn’t mean we should trust them automatically, even if we’re psychologically inclined to. We should avoid making snap judgments, whether good or bad.

An awareness of our own rituals can also help us break those that are divisive or destructive. Bad habits like taking a smoke with your coffee or staying up until 3 a.m. playing video games are everyday rituals we probably would be better off without. Breaking these rituals means recognizing what we’re doing, understanding the impact, and being willing to make a change.

There’s plenty of literature on why smoking is so addictive, and the ritualistic element is a big part of it. Luckily, there’s also enough literature on how to break the habit and the benefits of doing so. The same is  true of things like excessive technology use and the ritual of screen time before bed.

In the same way, good rituals can be nurtured and developed, like taking care of your body through getting a good night’s sleep and eating healthy food. Volunteering can be a ritual, and so can treating yourself to a monthly massage—they’re all good. Ritualizing good things, even if they’re hard (like exercise), has been my primary focus of late.

Perhaps the strangest thing about rituals is that they are what you make of them—no more and no less. Going through motions isn’t enough without belief or motivation. So while the power of rituals may indeed lie on some unearthly plane, it’s ignited by us alone.

Every time I connect with my mom on the phone, or put pen to paper, I do feel like I’m tapping into something greater within myself. By continuing these rituals, this good is nurtured. And while I still wouldn’t call myself a creature of habit, I would absolutely say that I am a woman with ways that I do my best to shape and understand.

I believe that by paying attention to rituals we engage in and staying open to the formation of new, better habits, we can improve ourselves—a noble goal. At the same time, we can take advantage of the communal nature of rituals to foster new and better connections with others.

In my experience, doing so truly enhances life’s magic, one everyday ritual at a time. 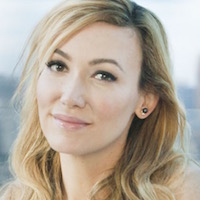