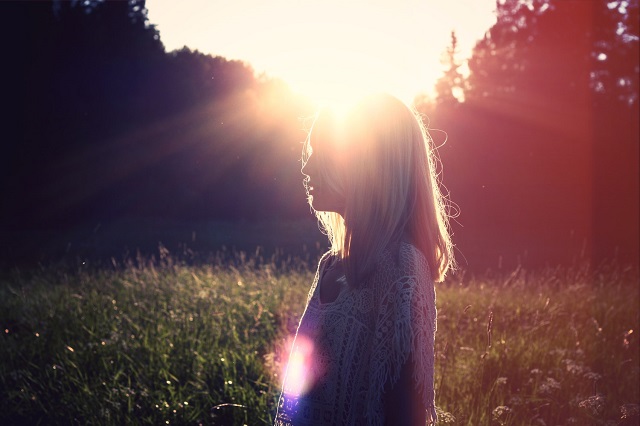 January was a chaotic month for many of us.

At times, it felt as though we were ricocheting from one drama to the next, which left us with our heads spinning wildly, and feeling as though we’re unable to think straight or decipher how we feel.

Fortunately, as February 15th’s new moon rises in the night sky, much of the highly charged, intense energy that has been reverberating since the lunar eclipse on January 31st will finally start to simmer down.

Thankfully, this super hyped-up energy that generated during the December 3rd to January 31st eclipse period is drawing to an end as we enter the “eye of the storm” phase where all feels calm and settled, and where major aspects of our lives finally click into place and start to make sense.

This is a huge relief, as there were likely numerous times these last few months in which we felt as though we were holding on to a cliff’s edge by the tips of our fingers and running out of patience and strength. Life has a funny way of pushing us to our limits before eventually releasing the force and letting us flow back to our comfort zone where we feel safe, stable, and in control.

After two full moons in January (and then two full moons about to occur in the month of March), February really is the perfect time to sit back and take a deep breath before it all kicks into action again. This is why it is the ideal time to focus our energy on the people closest to our hearts.

Whether we are single, in a relationship, or not really sure where we are love-wise, February’s new moon is going to be love-life changing, as Cupid is out there working hard, magnetically pulling people closer together.

Although Aquarius is usually quite a detached sign when it comes to emotions, feelings, and connections, this eclipse is tightly conjunct with both Mercury (the planet of communications) and soulmate asteroid Juno—meaning that all things connected to love and communication will be swept out from under the rug and brought to our attention.

As Mercury is the planet infamous for communication, and Juno is the ancient goddess of partnerships and commitments, it is highly possible that talk of love, devotion, sacred union, loyalty, engagements, marriages, moving in together, and making plans for the future will be occurring—particularly as new moon energy radiates intensely for a few days, before and after, and the new moon takes place immediately following Saint Valentine’s Day.

This cosmic alignment will be warmly welcomed, as many of us have been feeling thoroughly burnt out after January’s fiery energy; so luckily, the conversations we will likely be having with loved ones will be tender, compassionate, and devoid of friction and upset.

Basically, after the past couple of month’s turbulence, most of us are feeling too exhausted to fight anyway—so although Mercury can often brings trials and tribulations for us to deal with, its placing during February’s new moon means there is more of a chance that we will be making up with those we’ve been irritable with and forming stronger bonds with those we are romantically involved with, rather than attempting to furiously fight or fly away.

However, it is also worth noting that Juno is cosmically married to uncontrollable Jupiter; and although Juno was an unquestioning, trusting, faithful, and loyal wife, Jupiter was renowned for being the opposite, so conversations consisting of divorce, separation, or possibly even affairs may also be brought to the table—in some cases, quite unexpectedly.

Even if things get a little heated, and jealousy or anger issues arise, it is worth remembering that one of the greatest aspects of relationships is that they unearth our deepest wounds and issues, so that they can be aired and healed—and mostly so we can be reminded that we are perfect, whole, and worthy, regardless of anyone else’s behaviour and actions.

Other people simply reflect and mirror what is hidden away inside; so, if we have trust, abandonment, or rejection issues, we will likely attract people who will trigger us to embrace our emotions and feelings, so they can be processed and released from our systems.

If ever there was a time for deep, heart-to-heart, meaningful conversations, it is during this solar eclipse, while Juno, Mercury, and the new moon are cozied up together. Communication will naturally flow—and with our intuition heightened, we will know exactly what to say and when to say it, so that those we care about know exactly how we feel without misinterpretations or misunderstandings.

During this moon phase, we will notice that words are unnecessary within many of our intimate relationships, as we will be resonating soul to soul and picking up on one another’s vibrations, inherently sensing what the other person is thinking, feeling, and energetically communicating to us.

Mostly, we will be seeing things clearly for the first time in weeks, and this gives us the ability to disengage if futile disagreements try to enter our peaceful, harmonious space. Instead of being triggered to irrationally react, we will feel grounded and in control when responding; therefore, we will either say little when responding to negativity, or we will slowly and softly speak our truth with conviction.

During this lunar phase, the veil will be thin, and illusions will be lifted, so we will instinctively know what is real, who is genuine, and what is authentic in our lives. The flip side to this, though, is that we will also be noticing who is not showing up authentically, and those who do not have our best interests at heart will be unmasked.

Overall, we have now entered a new six-month solar eclipse period, so everything that has occurred over the past six months, from August 2017 to January 2018, should be coming to a close—and fresh, positive beginnings are on the horizon. Therefore, it is highly recommended to spend time in silent contemplation and meditation to focus intently on what we would like to manifest in our lives—and then, start believing that we have the power and ability to create the life we have been dreaming of, with hard work, dedication, and unwavering faith.

To help ensure the next six months run as smoothly as possible, it is worth taking a deep breath and diving deep into the heart to figure out what it is we truly want, who we want to be around, and who we are still holding on to (that we need to let go of). Then, we can pluck up the courage to take the plunge and have those conversations we have been shying away from, so that we move onward with the people and conditions around us that cause us to thrive—particularly within soulmate relationships, or wherever love and romance exists.

The new moon solar eclipse can be seen from many places, including southern South America, parts of Argentina, Chile, Paraguay, Uruguay, and Antarctica.

A Meditation for Manifesting our Dreams on this Powerful New Moon.