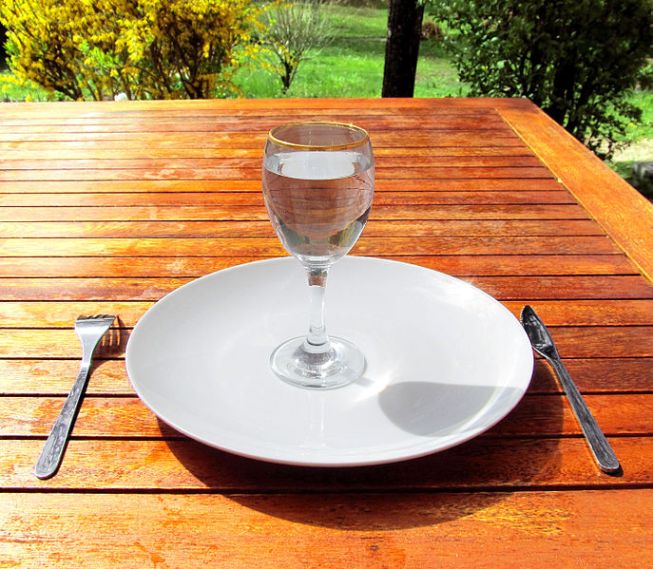 The feast of fall is always followed by the famine of spring.

Fall’s harvest is rich in sugars from fruit and starchy carbs from root veggies and grains. The excess fuel from this high-sugar, high-carb diet is stored as fat, which the body uses as a source of insulation and energy for the long, cold winter ahead.

By the end of winter, traditionally, the reserves of grains, tubers, nuts, and seeds would be waning. Early spring is nature’s fasting season—little if any food is being harvested.

It is not a coincidence that most religions practice some type of spiritual fasting in the spring. Native Americans would go on fasting vision quests, Christians observe Lent, the Jewish practice Passover, Ramadan for Muslims, and the Hindu holiday, Shivaratri.

Early spring is the best time of year to burn the fat we used to insulate us all winter. Fasting forces the body to burn fat as fuel. Fat burns slow and steady compared to the carbs of fall, which raise blood sugars and spike energy. Unlike sugar, fat is a slow-burning, long-lasting, sleep-through-the-night, handle stress, and become more introspective fuel. Fat is the spiritual fuel.

While we all enjoy the feast of fall, now is the time to learn how to enjoy the famine of spring.

The science is clear—humans thrive during periods of famine. Forcing the body to burn fat with extreme diets such the Ketogenic diet, Atkins, Paleo, and other variations of the low or no carb theme have become trendy, but in nature, a reset for fat as fuel happens naturally every spring.

The famine of spring is nature’s way to enforce a season of intermittent fasting. This is also nature’s time to cleanse and detox. Nobel Prize-winning science has found that fasting increases a process called autophagy. Autophagy is the body’s way of cleaning house. It happens during starvation, calorie restriction, and fasting. Autophagy is one method that the body uses to naturally neutralize cancer cells and degrade cells infected by harmful bacteria and viruses.

Intermittent fasting has been linked to numerous health benefits, including:

Our ancestors reaped the benefits of intermittent fasting quite naturally, as the availability of food was scarce and what was harvested in the early spring was very low in fat. The naturally-occurring, low-fat diet of spring forces the body to derive energy from burning its own stored fat. If you were lucky enough to pig out during the feast of fall, you still had some fat to burn each spring.

Spring is truly weight loss season and with one third of Americans obese, it seems that many of us could stand to lose a few pounds each spring.

Ayurveda suggests that the spring is the best time to fast as it is kapha season. Kapha season is heavy and watery—fasting and seasonal eating are great ways to lighten up. Here are a few easy spring fasting strategies:

In addition to fasting in the spring, Ayurveda suggests cleansing with ghee (clarified butter) as a way to reset fat for fuel, lose weight, and strengthen one’s digestion and microbiome for the year to come. Ghee has been used for thousands of years to support detoxification and a healthy microbiome, and now, there is ample science to back it up!

A couple of years ago, I was contacted by an editor from Women’s World Magazine asking if I could suggest a weight loss cleanse. I suggested my free Short Home Cleanse eBook—a self-guided, four-day, time-tested Ayurvedic cleanse that resets fat for fuel and typically helps folks lose that unwanted winter weight.

The magazine organized a focus group of their readers to do the cleanse. The results were quite overwhelming and amazing, so they ran a cover story on this very simple four-day cleanse!

The cleanse starts by ingesting small but increasing amounts of ghee every morning for four days while eating a non-fat diet of kitchari (split yellow mung beans and basmati rice cooked into a soup). Kitchari is an Ayurvedic superfood that is extremely nourishing for the lining of the intestinal tract. It also supports a healthy environment for a new population of spring microbes to thrive in the gut.

Starting the day with ghee forces the body to burn fat, as ghee is a healthy fat loaded with butyric acid—the primary food for our gut microbes. Eating a non-fat diet allows the body to remain in fat metabolism. Typically, by the second or third day, the hunger subsides, the energy rises, and you slip into a calm metabolic state.

The ghee also forces the gallbladder to contract, supporting healthy bile flow and detoxification. In one study with 88 subjects, 48 of them underwent a ghee cleanse and they saw a significant reduction of nine different environmental PCB dioxin toxins and eight pesticide toxins. According to Ayurveda, ghee can be used to help pull fat-soluble toxins out of the body.

Top 10 Reasons to Cleanse with Ghee

The Healthy Way to Eat Only Once a Day.

A Strict Eating Rule that the Buddha Prescribed for Optimum Health.

What is Ghee & What does it Do to your Microbes?