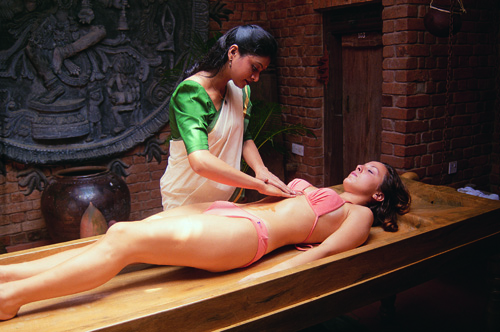 Editor’s Note: This website is not designed to, and should not be construed to, provide medical advice, professional diagnosis, opinion, or treatment to you or any other individual, and is not intended as a substitute for medical or professional care and treatment. Always consult a health professional about before trying out new home therapies or changing your diet.

More and more, we look to science to give us the final answer when it comes to the latest diet, health practice, drug, herb, supplement, or mind-body practice.

More and more, we are seeing that the science we have grown to depend on is flawed.

For example, scientists made a recent effort to replicate the key findings of 100 of the most popular and referenced psychological studies. Out of the 100 studies, only 39 of them could be reproduced.

In another review, researchers at Amgen were unable to reproduce 89 percent of landmark cancer research findings for potential drug targets.

These are the reasons why I’ve made it my mission to research time-tested medical practices, herbs, lifestyles, and diets that have been around for hundreds if not thousands of years, and find scientific studies to back up those practices.

In this article, I will present compelling evidence that science alone that is not backed by time-tested medical wisdom may not be reliable.

Many scientific fields of study are facing what is being called a “replication crisis,” where more and more studies are unable to be reproduced or replicated. This is because the basic research model is flawed.

For a new drug to be approved, it has to work on a majority of the people with the exact same diagnosed condition. A drug has to outperform the placebo effect in just one trial to be approved—which is much easier said than done.

According to Ayurveda, this research premise is flawed. A group of individuals can all be complaining about the same health concern, but that health concern can be caused by uniquely different reasons.

In Ayurveda, there is no blanket treatment that will magically work for every individual complaining of a certain health concern. The Ayurvedic system of medicine treats the individual who has the condition, but not the condition itself. Traditional Chinese medicine does the same.

In the West, we have become shallowly fascinated with eradicating symptoms and have, more often than not, left the cause alone. The result has been billions of wasted research dollars.

In a review of over 300 epilepsy studies published over the past 30 years or so, 71 percent of them were categorized as having “no enduring value.” They also found that 55 percent of them were “inherently unimportant,” 38 percent were “not novel,” and 22 percent had “significant methodological flaws.”

According to one estimate, around $200 billion—or the equivalent of 85 percent of global spending on research—is routinely wasted on flawed and redundant studies.

All too often, billions are spent on research that fails to make it into clinical practice. A Lancet report posed this same question:

“Of 1,575 reports about cancer prognostic markers published in 2005, 1,509 (96%) detailed at least one significant prognostic variable. However, few identified biomarkers have been confirmed by subsequent research and few have entered routine clinical practice. This pattern—initially promising findings not leading to improvements in health care—has been recorded across biomedical research. So why is research that might transform health care and reduce health problems not being successfully produced?”

Modern science alone seems to be able to prove whatever it desires—coffee is good, coffee is bad, soy is good, soy is bad. Why all the conflicting studies? Are the results based on the funding source the study or the intent of the researcher?

Here are some examples of what I write about at LifeSpa. These are traditional practices that have passed the test of time and the rigor of modern science. Let’s not wait until these studies find their way into medical practice—which can take decades.

Ghee, a staple food and cleansing agent in Ayurveda, is the highest food source of butyric acid. Butyric acid has been shown to be the first most health-promoting fatty acid in the digestive tract.

2. Lunch as the Biggest Meal of the Day

An emphasized part of the daily Ayurvedic routine (dinacharya), is self-massage with sesame oil, called abhyanga. The benefits of massaging the body with sesame oil are now backed by science. Learn more about Ayurvedic oil massage here.

Oil pulling originated in India as another daily practice and is described in the ancient Ayurvedic texts dating back thousands of years. Once a controversial technique scoffed at by dentists, the practice is now backed by science.

The tiny lymphatic vessels in the brain were only recently discovered at the University of Virginia but were referenced in ancient Ayurvedic texts. Congestion of the brain lymphatics is now linked to mood, cognitive, psychological concerns, as well as a host of other chronic health issues. Learn more about how to care for your brain lymphatics here. Read more about this in my article.

6. The Seat of the Nervous System

The microbiome is now being understood as directly related to the function of the brain, mood, central nervous system, and just about everything else. Ayurveda described the gut as “the seat of the nervous system” thousands of years ago. In order to treat the brain, you had to address the gut first. Learn more about the microbiome here.

After practicing Ayurveda for more than 30 years, I am still amazed at how advanced their medical understanding was. We are still discovering today what Ayurveda used as standard medical practice thousands of years ago.

Join me each week as I continue to unravel the ancient wisdom and attempt to find the new science that validates what we can do to live a long, healthy and happy life.

Incorporate Ayurveda into Your Lifestyle with these Simple Tips.