A Simple Prayer that Took Away my Pain & can Maybe Take yours Too. 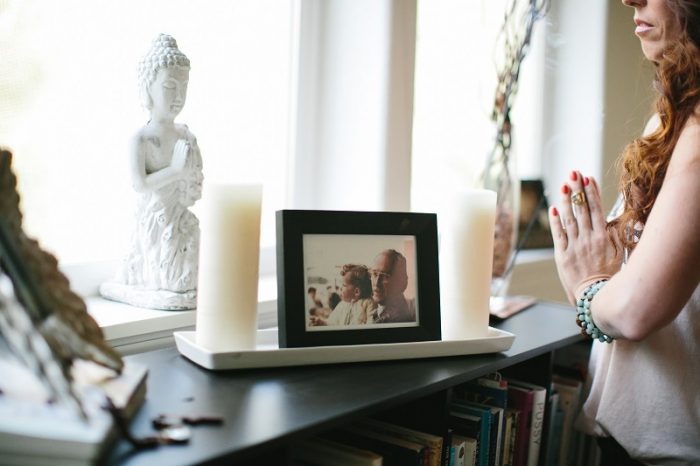 Unfortunately, I had gotten to the pain party a bit too late and despite my efforts, the pain worsened and was followed by a wrenching nausea that swept over me so fast it dropped me to the bathroom floor. It was nearly impossible to work my energetic tools as my mind was captivated by the intensity of the pain, while also trying to figure out what the f*ck was going on.

I had no control over what was happening to my body, and knew I was in some serious trouble. I was shaking badly, while covered in a layer of hot pain.

I crawled back into bed.

My partner asked what he could do. I didn’t know. I didn’t want to go to the hospital. I didn’t even want to know what my body was up to—I just wanted it to stop.

Then, I closed my eyes and began to breathe in harmony with the pulsing of the pain, remembering that at the recent memorial for one of my early energy medicine mentors, they talked about how she used only the power of her mind and breath to move through catastrophic cancer pain. If it worked for her, could I do the same?

As soon as that thought popped in, I was hit with a sudden urge to pray.

Before I go any further, you should know that I was raised in a fundamentalist Christian cult (in my opinion) called the Jehovah’s Witnesses. I was fortunate enough to have the courage to leave 16 years ago, at the age of 24. But for many, many years after that, I did not utter God’s name or pray in any way.

And so, prayer was not something I even attempted. The communication between myself and the Higher Powers, as it were, had been cut off through my own free will.

A few years ago though, out of seemingly nowhere, I started feeling called to pray. I was no longer triggered by the concept of prayer and it began to flow naturally for me. Perhaps this was simply because I had let go of the Old Testament image of God as a judgmental old man on a throne—but that’s for another article, isn’t it?

And so, in the midst of what felt like an early morning crisis, I began to call on my connection to God, the Ascended Masters and Archangels of the Highest Light, my Spirit Team, and my guardian angels. I get if none of this resonates with you, but I was in the worst pain of my life so I was calling on every deity I’d ever heard of.

About halfway through my completely silent calling of these beings, I felt an energy come in and lift the pain from my ovaries. In literally the time it took for me to say the names of those I was calling on, before I even got to the part about removing the pain, the pain was gone.

No pulsing, no hot chills, no nausea or vomiting, no stabbing pain—nothing.

I went from, “How am I going to live through this?” to, “I’m totally fine and just need a nap and some herbal tea.”

I cried out to my partner in total awe, “The pain is gone! I started praying because I didn’t know what else to do and now it’s gone!” He looked at me wide-eyed and said, “I had started praying for you too.”

I hadn’t asked him to pray for me, and I hadn’t even told him I was praying. But at the height of us not knowing what to do about the pain I was in, we both began to pray. And in that moment, my pain went away; to that end, it did not come back.

This obviously left me with some serious questions:

What else could be healed with prayer? Is prayer the antidote to what ails us?

The National Institute for Healthcare Research (NIHR) has been asking the same questions, and has reported that the scientific research on prayer as a form of healing has more than doubled in the past 10 years. And this comes from an organization that until recently seemed to not want to touch a study that had the word prayer mentioned in it. Now, due to overwhelming evidence to the contrary, they’re leading research studies to track the healing benefits of prayer.

More and more stories are emerging from Harvard scientists and the like of individuals in catastrophic pain, like in my experience, and with severe illnesses, who have been healed through various forms of prayer—from meditations to specific spoken prayers.

Lynne McTaggert, a worldwide best-selling author and leading expert in the field of science and spirituality, now leads intention groups where individuals focus on the specific healing of another with their thoughts, much like a prayer.

And guess what? People are healing from all sorts of ailments—from autoimmune disease to cancer. Add to this that it’s not only those who are being prayed for that are healing but also those who are sending the healing thoughts who are experiencing their own radical healings of depression, anxiety, and more.

Obviously, prayer and focused intention for healing can be powerful.

So, why not give it a try? What could it hurt for us to—right here, right now—utter a prayer, without attachment to outcome and see what happens?

I’m finding in my own expanded prayer journey that it’s important to be specific about what you want healed or adjusted. Don’t go for everything and the kitchen sink—keep it focused on one aspect at a time.

And if you have a strong resistance to the traditional beliefs of God and prayer, know that I understand. So give yourself time to sit with this as something you might add to your own healing routine. Play with the possibility that, just like for me, there is more to the whole God thing than maybe you were previously taught or trained to believe. Allow yourself to relax into these possibilities and then see what emerges for you as you do.

Then, when you feel open to leaning into prayer, try this sample prayer that might inspire you to write your own. Think of it is as a prayer template that you can adjust to meet your needs.

“I now call on ______ (insert any and all deities that resonate with you). I ask that my ______ (whatever aspect is in pain, emotional or physical) be filled with the light of Source and that it thrives and is in joyous harmony and peace (feel free to insert any other sensations or feelings you would like to have in this part of your body or mind). I ask all this believing it to be so, and so it will be, and so it is. It. Is. So. Thank you. Amen.”

I have also found that asking for something to “go away” is not as effective when it’s a chronic condition. Why? You’ve most likely been trying to get it to “go away” for some time, which means there are many emotions and energies already active for you on this topic that can potentially serve as energetic blockages to your request. In my own personal research, I’ve found that we are best served by focusing on how we do want to feel in our most aligned state of well-being.

Play with this; try out various forms of prayer until you find the one that resonates best. Ask those you trust to pray for you too. Sign up for a prayer request with a spiritual organization. See what forms of prayer feel most aligned for you and then report back!

We would love to hear about your prayer healing experience, so leave your comments below. 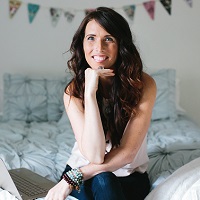 This Definition of God can Break Open even the Most Closed Heart. The Dalai Lama’s Favorite Prayer that Gives me Goosebumps. This is the only Prayer to recite when Things Don’t go our Way.