This could be America’s Last Real Election. 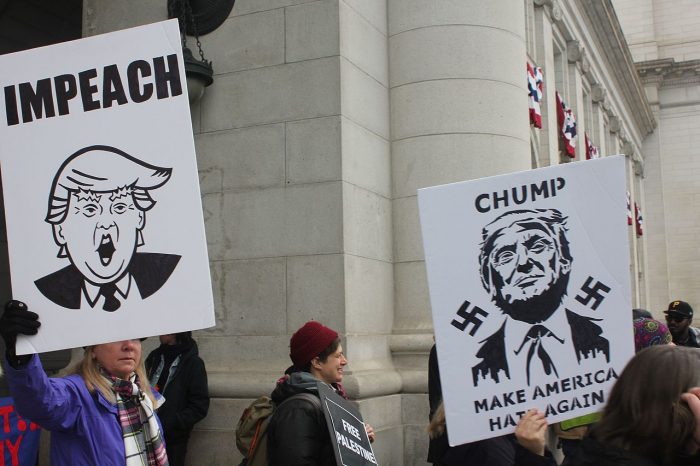 It is hard to underestimate the stakes of the coming midterm elections.

Republicans now control the House, the Senate, the Supreme Court, the presidency, and most state houses and governorships.

They are an increasingly fascist party, responsive only to the lies of a deceitful and punishing leader, and respecting neither the democratic process nor the right to vote.

Their grip on power is largely premised on their ability to manipulate the system to their own advantage.

They could only commandeer a majority of the Supreme Court by breaking precedent and refusing to grant a hearing to Obama’s centrist nominee, Merrick Garland. They were only able to take the House through gerrymandering districts and disenfranchising minorities. And they were only able to take the presidency by colluding with an enemy power, which illegally hacked opposition emails and distorted what they found through a vast campaign of lies.

The deeper problem with American democracy may be the extent to which money buys influence, but this is mostly the fault of the Republican appointed Supreme Court justices, which has continually struck down campaign finance reform bills, leaving ordinary citizens marginalized in a system ruled by the wealthy.

It is a system on the brink, and it all hinges on the results of the coming midterm elections.

If Democrats do not send a strong rebuke to Trump, through winning big at all levels, their failure will be treated as a vindication of his agenda. The Mueller investigation will be shut down, the assault on democracy will intensify.

It is common for elected tyrants to encounter stiff resistance as they busy themselves with demolishing the checks and balances that might later check their power. But given time, they are able to constrain the resistance, because democracies are protected largely by norms, which are difficult if not impossible to craft into legislation.

But now the unthinkable is possible, and given time, it will only get worse.

If Trump is given two more years to consolidate power, we can expect the police to be harsher, the military more brutal, the courts more punishing, and the politicians more corrupt. We can expect the media to be more compliant, the electorate more cynical, the right more bullying, and the president more unhinged.

Society will be more divided and all of us will be more tired, perhaps too tired to defend our democratic institutions. But if every single one of us follows the elections, talks up our favored candidates, donates our time and money, and makes sure everyone we know votes, we can turn the tides and build a blue tsunami.

A moderate victory will result in a Democratic House, which will have the power to impeach the president for collusion with the enemy and profiting from his position. A Democratic Senate can stem his war powers, block judicial nominees, and stop his legislative agenda. More Democratic governors and state houses can reverse gerrymandering when redistricting occurs in 2020 and assure minority voting rights and increased access to college education.

They can raise minimum wages, expand Medicaid coverage for the poor, and begin to chip away at rising levels of inequality. They can enact stricter emissions standards, support renewable energy, and keep our air and water clean.

But elections are won not simply through voting.

Rather, they are won by masses of citizens becoming so articulate on the issues that they cannot help but campaign in every conversation. They are won by whichever side is willing to win the debate, however uncomfortable disagreeing might feel. They are won by citizens who read daily news sources that keep them from being fooled and by motivated voters who care about the world around them at least as much as their own emotional states.

And that is really all it will take for Democrats to win: enough of us putting country and humanity before our own personal interests each and every day.

It’s Time to Talk Treason. The Raping of Justice.