This is why Entrepreneurs are Killing Themselves & Need a Spiritual Wake-Up.

We are living in a world where business owners and entrepreneurs are deeply unhappy—some get to the point where taking their own life seems like the best option.

Many don’t know who they are and they don’t believe it’s possible for things to change.

Working every hour to hit the next financial goal, to compete against the vision of other’s “success”’ that’s actually false; neglecting basic needs which causes anxiety, stress, and depression.

The smile has disappeared, the zest of life is gone—but there is a puff of the chest when the next big deal comes through. That hit sustains itself for a very limited amount of time before the next rush is required. Much like drugs, you’re desperate for that next hit.

The impact of this is a devastating breakdown of relationships and life flow.

Isolation and loneliness set in. Partners end up walking away, children feeling disconnected and confused.

Nothing wrong with making money of course, but when it’s linked to lack of self-worth, it plays havoc with people’s lives and their nervous system.

The cycle repeats itself until the person is willing to first admit the truth, open up, go deep, and do the work to change. Once again, if there is not a belief that things can change, they won’t change.

The alternative is you have someone who continues to feel broken with money in the bank, repeating the same soothing cycles.

Much of this ultimately comes from not feeling good enough, where comparison, impatience, and competition is a primary driver but is based on the energy of fear instead of flow.

In marketing, we are taught to “throw rocks at the competition.” The business world does not typically see the universal view and is desperate for a spiritual component to end suffering.

You attend an event and the signal for succeeding is a sports car or hitting a financial number which becomes a mental benchmark. This is where the comparison is created.

When I was 13 years old I was heavily bullied. Punched and kicked most days when I walked into school. I grew up and told my friend Paul that I would make a million dollars. He laughed at me.

I didn’t realize at the time where my drive came from. I wanted to get people to like me and I thought that money was that answer.

I went through a big period of my life soothing myself with alcohol, drugs, gambling, and sex.

In 2013 I created a vision board. On it was a Ferrari and a mansion with electric gates. I was living in the U.K. at the time.

In 2015, I moved into my home in La Jolla, California and drove back from Newport Beach in my Ferrari California. Wow!

Truth be told, I would drive down to the beach just so people would look at me. I even posted the requisite photos for social media and got my likes and comments.

The photo used for this article was sat on top of my Ferrari for a photoshoot that I then used to attract people to a lifestyle that I thought was “success” at the time. Today I use the image as a reflection to teach this very lesson about the masks we wear.

I was even meditating at the time, but I was not fully awake or conscious of the link between my drive based on insecurity and seeking validation from others.

The more I did this, the more external, material approval was being wired into my subconscious. Soon, I was believing that more is better. So of course I continued.

Over the next year, I spent time in a co-dependent relationship where I developed fear about leaving. It sucked the life out of me and negatively impacted my entire business.

When I finally asked her to leave, what did I do? Feeling empty and needing to fill the hole, I upgraded the Ferrari, moved into a bigger home—this time with a basketball court.

It was when I was sitting in that living room, with nobody around me that I kept on asking these questions, “where am I leading people?” and, “is this it?”

I’m writing this because everything changed for me, and I want to share with you the difference between running your business from fear versus from flow because I’m seeing more and more consistent themes in those who I work with.

Many entrepreneurs/business owners who I encounter are running their business from a state of fear, and money is the primary driver.

What happens when you do this is that business becomes the central focus to life and your true life is neglected.

There is a mental battle that goes on, which many times is from a worry that everything will be lost or that love will be taken away if I don’t have certain material items. Or that more love will come if I get bigger and better.

The answer is getting aligned with who you really are at your core and then flowing from that place. I talked about that on a recent podcast about getting into a flow state which is key for success.

This takes work. Yeah, the real work. It’s like attempting to swim against the current. You will get to the location, but you will be exhausted in the process.

Many entrepreneurs actively create and keep business relationships that keep the ego blazing high, not knowing that the fire needs to be put out so that it can be sparked from a new energy system.

Little heart, all show. Alcohol flowing to mask the insecurity. The bravado. The subtle hints at the celebrity we met, hung out with, or the financial milestone we reached. It’s easy to fit in that way, isn’t it?

The direct approach would be, “please tell me that I’m doing well, that I’m somebody, and that you like me.” Instead, we drop a comment or a question to enable us to answer with our material wins.

We must be careful when business growth comes from personal desire, even though the words that come out of the mouth are something disguised to convince others that we are doing for the good of others.

It’s all a trick of the ego. And until more business owners become aware of what’s going on they will continue to suffer and, honestly, destroy themselves. The answer is running a conscious business.

Running a business from flow is when you have processed emotions from the past, when you have looked at yourself honestly and dealt with trauma, owned the story of your life, spent hours in silence, reflection, contemplation, and most of all, have the self-awareness to notice the thoughts and beliefs that drive your energy-zapping behavior.

This takes a discipline that most are not willing to take part in, despite having the discipline in other areas that still produce negative implications.

The problem is the link has not been made.

Self-awareness comes from learning, access to our inner guidance system (the voice of guidance that drops in from nowhere that’s clear and you don’t question) and from being honest with someone who can make you aware of a blind spot or something you aren’t seeing.

These are the breakthroughs. The ah-ha moments of change.

If we really want to create true impact, this means going deep within to create a new level of leadership that’s from a genuine foundation of feeling whole, good enough, and confident without the need to shoot others down.

For many, they will need to start to put equal effort in time and resources to grow themselves in parallel with their business.

The impact on leadership based on awareness, deep connection, communication, and openness is able to change the world in a much more impactful way. This is when we go from focusing on self versus unity to give back. 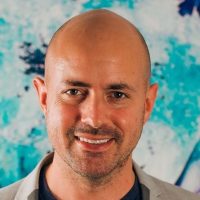 Chogyam Trungpa: the Buddhist Recipe for Success. 7 Spiritual Laws of Success from Deepak Chopra—& How to Apply Them. The 6 Best Spiritual Teachings of Wayne Dyer to help us Get Over Ourselves.
See relevant Elephant Video