What a woman with Alopecia can teach us about our own Insecurities. 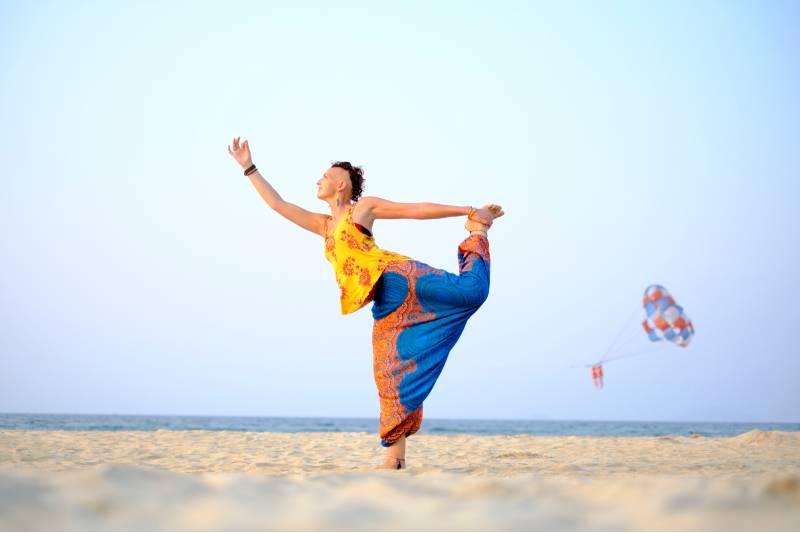 So there I stood in my Christmas party dress, blinking in surprise as my drunken colleague—whom I’d met the day before on a “team-building” trip to Prague—slurred that the sight of me “sickened” and “offended” him.

In a tone that suggested he was just trying to help, he pleaded to know why I had done this to myself. Why I had chosen to look that way.

I stammered that it wasn’t entirely my choice, that I had simply decided to regain some control over a condition that had dictated my life for too long. His response was flippant.

“I don’t like looking at this. It is sick for my eyes.”

His broken English didn’t lessen the sting of his words. I got it. My bald head freaked him out. And it had robbed me of any festive cheer.

I noticed my first bald patch when I was 11.

From what I remember, my alopecia began as a coin-sized patch, right on the back of my head. A smooth, shiny thing that actually felt quite nice to run my fingers over. But then the patch began to spread inward from my temples. And from the base of my neck. Until the surface area of my thick auburn curls, which had always been my trademark, formed an entirely smaller plot.

She’d died from an autoimmune condition called Lupus that year, a month before my eleventh birthday. Even though I’d known she was sick for a while (my after-school activities for the previous year had involved visiting her in hospital, or keeping myself occupied at home while my dad did), I still didn’t see it coming.

So when my uncle took me out of school early one day to drive me to Dublin, I didn’t feel panicked. When he got a phone call on the way and stopped the car, turning to me with tears in his eyes, I didn’t feel scared. And when we arrived at the hospital to find my dad, my brother, and my sisters already gathered around what had been my mother, I didn’t understand.

I think the realisation only hit a year or two later, long after the funeral and the condolences and the “official” mourning period. When I entered boarding school—and realised that I missed more than anyone the person I needed to make that transition easier.

I won’t bore you with my teenage angst.

Let’s just say, it wasn’t an easy time. I still get flashbacks to locked cubicle doors and cruel sniggering. To timid walks down long corridors, hunching my shoulders in a failed attempt to make myself smaller, less of an obvious target. And even though I do have some amazing memories, with the special friends I still have today, it didn’t feel like the “best days of my life,” to be honest!

I was 23, volunteering for a mobile medical clinic, and living in a rundown cottage in northern Kenya. There was no phone, no TV, and no electricity (apart from maybe an hour or two a day). It was a new experience, to put things mildly!

To get to the nearest town of Nanyuki, we’d trek up to the roadside, waiting for a passing flatbed truck on which we might be able to hitch a lift. Keeping an eye out for wild animals, we’d note the nearest tree in case we had to scamper up. Sometimes, we’d wait for hours in a single spot of shade, just to get into town to stock up on dried beans and peas.

It was a completely different world—and I loved every bit of it. Especially when I met Andy, one of three others in the cottage and the person I’d be with for the next nine years (and counting)!

Unfortunately, my hair didn’t look as happy as I felt.

The following year, Andy and I were shacked up in Edinburgh and loving life. But for some reason, my hair—which had completely grown back in Kenya, maybe due to the distraction of everything else—suddenly started falling out again. I don’t know if it was the stress of studying for my master’s degree, living with a boy (gasp!) for the first time, or just a time of life thing, but over the next few weeks, I watched it fall out in clumps. On my pillow. Around the shower drain. Into my hands.

I know that some people (like Gail Porter) lose all of their hair overnight. And that’s a shock I can’t imagine. But for me, shedding it over the space of weeks and months was a slow kind of torture. I felt like I was to blame, that I was doing it to myself…and I was powerless to stop it.

When the patches grew a little, I got stick-on extensions for Andy to apply every morning. Quite a fun routine, at first; it felt like we were playing fancy dress. (But the novelty wore off pretty quickly!)

When they grew a lot, I bought a full wig. At first, I loved the feel and fullness of it. It gave me my confidence back, at least temporarily. (Because even though Andy told me constantly how beautiful I was—bless him—I still found that incredibly hard to believe.)

So I wore that wig for almost two years, trying on someone else’s look and gradually losing a sense of myself.

I was sick of “hiding” under the wig. Fed up with the headaches it’d give me, of the scratches caused by its jagged combs. Mostly, I was tired of having to style the thing. I’d always been blessed with natural curls, so I never had to worry about “doing my hair” before. And I didn’t have the skills—or the patience—to play hairdresser now!

So one day, I asked Andy to shave my remaining hair off. And the following morning, bald as a bumpy-headed eagle, I set off for Indonesia.

It was the first time I had travelled alone, probably the longest I’d ever been by myself. And over the next two months, I practised lots of yoga, visited several traditional healers, and slowly started to rebuild my low self-esteem. (All very Eat, Pray, Love, I know. Cringe.)

Since that trip, I’ve never been happier.

I think that shaving my head was one of the best things I ever did. It taught me to be more comfortable in my own skin. To be confident with the attributes I do have. And to know that there’s more to a person than the hair on their head!

Recently, I created a website to empower other people living with alopecia. I hope my experiences can support those going through the same thing. I want to help them see the positives in having this thing that sets them apart. That encourages their natural beauty to shine forth.

Of course, I have to deal with some assholes like that guy in Prague, all dying to have their say. And I get comments about my current look—a kind of floppy mohawk, what I’ve styled my remaining hair into—pretty much every day. But I’ve learned to handle them. To embrace them, even.

Because we all have our insecurities.

And by bringing these insecurities into the light, we give them less power. Suddenly, we realise that we have a choice. Even in the face of a chronic condition that we can’t control, we can choose how it affects us. How we react to it.

If it does, great. But if it doesn’t…well, that’s just fine. I’m not going to get hung up in worrying about it. Because life is too short—and too precious—to waste my time being anxious about alopecia.

Instead, I choose to see it as an adventure. And I’m loving every step of the journey. 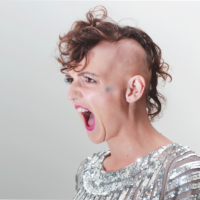 Emma Sothern—aka Lady Alopecia—is a freelance copywriter and 200-hour Hatha and Vinyasa yoga teacher. She lives and works in Hoi An, Vietnam, where she teaches Sunrise Hat… Read full bio

Then I Became a Vegan & Kale Made My Hair Fall Out. Hair Today, Gone Tomorrow: Tips for Dealing with Female Hair Loss.
See relevant Elephant Video