Then came the Fear: how Transitioning to a Nomadic Life brought up All my Darkness. 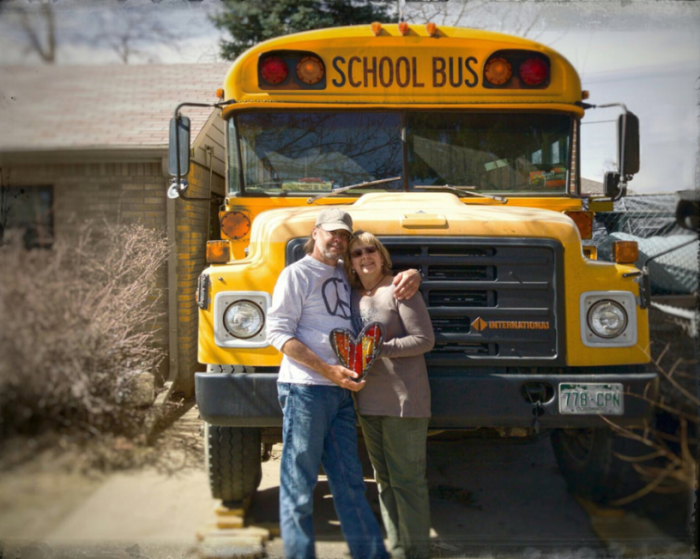 I have this reoccurring dream every month or so.

It is a dark and foggy evening. There are a few streetlights lighting the road.

I have no idea where I am.

The one I love and live with stops the renovated school bus that we call home. He states he’s had enough of me, my drama, my animals, and my essence. Fear and anxiety overwhelm me. I have sold everything. I have nothing. No home, no vehicle, nowhere to go.

I am there, kicked out, all my worldly possessions on a bus I am not allowed to enter. I am there, on this dark and foggy road, cold, with two cats and two dogs. The dampness clings to my skin, my clothes. I sit there, on the side of this dark road, with my animals close to me.

I start to cry. Then I wake up—sometimes on my own, sometimes with my love lying next to me, stroking my hair like my mom used to do when I would have nightmares.

Fear and anxiety occasionally control my thoughts and, eventually, actions. Before this year is over, I will be shifting from 850 to 200 square feet, with two people, two dogs, and two cats. At times I am petrified.

My dream is to live in this soon-to-be-amazing bus with this man I love dearly. I have longed for a nomadic existence since my 20s, but was convinced by others that this was not the “right” way to live. A girl needs more security, a nest egg, a retirement plan, a home, a family. I achieved all of that except the traditional family—my kids are four-legged and furry, and always have been. I never got married because my heart knew the right one was still out there, somewhere.

Four years ago, I met a nomadic man, a photographer of beautiful, aerial shots of coastlines, and we’ve been together ever since. One day, kind of out of the blue, I made a comment that I wanted to live in a renovated school bus and travel everywhere, or something like that. It surprised him, but at that time, our souls knew we had found the one. The one we could live out our dreams with. The one who could have faith that all would work out. The one who could come from a place of love, gentleness, and kindness.

Then came the fear. Fear of failing everything: failing at earning a living and becoming destitute, failing my wonderful partner, failing my artistic pursuits. Failing it all! Fear is caused by ego—the voice we hear that’s trying to protect us, the monkey mind, whatever term we want to use for it.

And anxiety. A difficult entity and one that’s closely related to fear. For me, these two are the best of friends. One rarely goes anywhere without the other. How can I pursue my nomadic dream with an amazing man and not be freaking out over details, big and small? This is my continual struggle: to let the fear and anxiety go and live in the moment.

This is partly why Pema Chödrön‘s video, “Smile at Fear” (based on her book of the same name), intrigued me. I have always felt that fear and anxiety must be fought, but gentle Pema approaches these emotions completely differently.

I would’ve never thought of “smiling” at fear. For me, fear triggers shutting down, running away, avoidance—the dark side. But, according to Pema, staying present is the key. The triggers will disappear, eventually, and no longer will I need to retreat into my shell. I can learn to be kind to myself, generous even.

Genuineness, fearlessness, warriorship, and staying present are some of the things I meditate on during my difficult weeks. “Fear is a natural reaction to moving closer to the truth,” according to Pema, and this gives me comfort. I am moving closer to my truth, my destiny, my dream—and being able to share this with the one I love.

Brené Brown, a research professor that specializes in everything I struggle with—fear, anxiety, shame, and guilt—recently posted this quote on LinkedIn:

“It’s not fear that gets in the way of showing up—it’s armor. It’s the behaviors we use to self-protect. We can be afraid and brave at the same time. But the armor suffocates courage and cages our hearts. The goal is to create spaces where armor is neither necessary nor rewarded. Stay awkward, kind, and brave.”

She links fear to vulnerability, which makes complete sense to my logical and occasionally out of control monkey mind. Vulnerability is the center of difficult emotion, but it’s also the birthplace of every positive emotion that we need in our lives, and the birthplace of love. It’s the vulnerability of putting myself out to the universe and saying, “Okay, let’s go for it” and jumping in with both feet.

On a recent trip to Vancouver Island, we were sleeping in a conversion van, small but with all the necessities. We stayed overnight at a spot called Jumping Bridge. The bridge spanned the water of a lake/river that was crystal clear. Looking down cautiously (I don’t care for heights), I couldn’t see the bottom, underneath the bridge. It was a beautifully quiet evening with the occasional sounds of two men and their dog camping on the shore of the lake.

In the morning, I came out of the van and found the two men perched on the edge of the bridge in swim trunks. It was a crisp morning and still cloudy. I asked them, “Are you going to do it?”

They both said yes.

Without much hesitation, one man jumped in. He hit the water vertically, popped his head up, and reported loudly and colorfully that the water was cold. He swam around for a bit and waited for his friend to jump. His friend hesitated quite a while, walked forward to the edge of the bridge, then back, forward and back. His friend kept commenting on the cold, which didn’t seem to be helping him find the courage to follow. But he did—and it was beautifully awkward.

He landed a bit on his back, certainly not perfect, but the goal had been reached. He jumped, survived, and was now also freezing. The dog wandered nervously along the bridge not knowing how to reach them or what to do. Eventually, she found them and all were reunited. Safe. Cold. Courageous.

Exactly how I will approach my journey onto this beautiful school bus we have named Seven: with courage and vulnerability to smile and drop my armor, knowing that if I fail, I will fail greatly and everything will be okay.

“It is not the critic who counts; not the man who points out how the strong man stumbles, or where the doer of deeds could have done them better. The credit belongs to the man who is actually in the arena, whose face is marred by dust and sweat and blood; who strives valiantly; who errs, who comes short again and again, because there is no effort without error and shortcoming; but who does actually strive to do the deeds; who knows great enthusiasms, the great devotions; who spends himself in a worthy cause; who at the best knows in the end the triumph of high achievement, and who at the worst, if he fails, at least fails while daring greatly” ~ Theodore Roosevelt (and often quoted by Brené Brown) 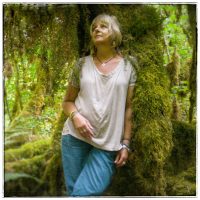 The Power of Vulnerability: Brené Brown’s TED Talk May be the Breakthrough You’ve Been Looking For. To Love A Girl Who Wanders.
See relevant Elephant Video