When your Ovaries Attack: Ovarian Cysts, the all-too-common Diagnosis. 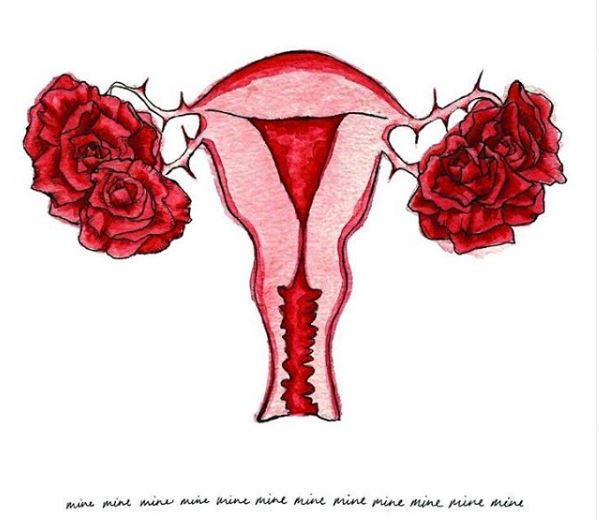 My husband and I were making love. All of a sudden it didn’t feel right.

We weren’t attempting a new position that we hadn’t tried; there were no strange circumstances. It felt like I had gas and pressure in my abdomen, and it hurt. I had to ask him to stop.

We cuddled and both were a little perplexed, and then fell asleep cozy in our bed. A few hours later I woke out of a dead sleep in terrible pain and it kept getting worse, quickly. I was buckled over, my heart rate started to increase, I felt cold and shaky, and was having trouble speaking or moving. My husband was terrified and didn’t know what to do, as I groaned and shook involuntarily.

It was clear that I needed to get to the hospital, as this was the most excruciating pain I had ever experienced. We are talking a 10+ on the 1-10 scale. I managed to express that I needed clothing and to be taken to the hospital. I was focused on deep breathing to help manage the pain, which was not letting up. The only thoughts in my mind were, “I hope I am not dying” and “maybe this is an ectopic pregnancy.” The only thing I could imagine causing that much pain was an ectopic pregnancy, and that is only because I had learned about it in school and in my wilderness first-responder classes, and the symptom set seemed similar.

My husband managed to get me to his truck and we started our drive from our home in the mountains to the emergency room in Boulder. As we drove, my right arm started tingling and feeling numb, and then pain on the right side of my chest redirected my attention from the pain in my pelvic area.

The tingling continued and the chest pain worsened; now I was wondering if I was having a heart attack. I kept focusing on my breath, “We will be at the hospital soon, it will all be okay,” I repeated as a mantra.

At the emergency room, the woman checking me in looked concerned for my well-being, which is not the most comforting thing in such a moment. The chest pain was worsening, and when I told her this she looked even more concerned. My husband held me up as we made the way to the bathroom because I thought I was bleeding. There was no blood, but I did have to pee, badly.

When I finally made my way to a bed in the hospital, a doctor came to ask about my symptoms. When my husband and I told him about the discomfort during sex and then the sharp onset of pain, including the growing pain in my chest, he said, “you are either having an ectopic pregnancy or you just had a large ovarian cyst rupture, and I am pretty certain it was a cyst given your symptoms.”

Over the course of the next few hours I was poked and prodded and tested and drugged. The doctor explained that this was a common diagnosis, and that sometimes he saw up to 10 women per night in the emergency room with the same symptoms. “10 women a night!?” I was mortified to hear this.

How had I never heard of this before if this was so common? He explained that the chest pain was a result of the hemorrhaged blood traveling up into my chest. He explained that there wasn’t anything they could do except give me pain medicine and put me on bed rest for a few days. They explained that my body would reabsorb the blood eventually, and that was that. They said I needed a follow-up with an OB-GYN to learn more, and that they thought I had another cyst on my left ovary. “Another cyst? What?” They explained again how common this was, that normally it is no big deal, and doesn’t interfere with the ability to get pregnant later.

I spent the next few days in bed, with a distended abdomen, unable to laugh or cough or bend over. I was told the recovery would take approximately two weeks, including no sex and no exercise. In the emergency room that night I was given time to relax a bit, given more pain medication, and then sent on my merry way. It still feels like a blur in many ways. It was the scariest thing my husband and I have ever been through.

I am an integrative psychotherapist and work with women, focusing on health every day. I am well-educated, trained in wilderness medicine, grew up with an aunt who is an OB-GYN, and have tons of female friends. I had never heard of this before, and neither have so many women I have spoken to since it happened.

This is a problem in my eyes. Had I known this was a common experience for women and what the symptom set was, I imagine I would not have been as traumatized by this experience, and neither would my husband and mother. When our brain sees part of the circle, it fills in the gaps. If I had known this was possible, my brain would have created some different connections.

Since this experience, I have talked with numerous doctors and read a lot online about ovarian cysts. The most common causes of ovarian cysts are hormonal imbalances, endometriosis, pregnancy, and severe pelvic infections. Most cysts don’t cause symptoms as serious as mine, but if they do, they can mimic pregnancy in many ways.

Some of the symptoms I had before it ruptured were enlarged and tender breasts, abdominal swelling and discomfort, lower back pain, increased urination, and pain during intercourse. Additional symptoms can include dull ache in the thighs, unexplained weight gain, and unusual vaginal bleeding.

The severe symptoms include what I described earlier, when a cyst bursts. The National Institute of Health estimates that 5-10 percent of women end up needing surgery to remove a cyst, and of those 13-21 percent are cancerous.

Some women have a syndrome called Polycystic Ovary Syndrome (PCOS), which is the leading cause of infertility. The upsetting truth about this is that your doctor won’t check to see if this is an issue for you unless you are having serious symptoms. I didn’t know that my symptoms were something that could be dangerous. I thought I was either having bad PMS or was pregnant—cystic ovaries weren’t even on my radar.

I wrote this to hopefully help inform more women of a rather common and potentially quite scary experience—knowledge is power.

I hope that we can continue to share more about our reproductive health challenges so that these conversations are no longer hidden in the shadows. Topics such as ovarian cysts, miscarriages, pregnancy experiences, hormonal imbalances (and the list goes on and on), are topics that need to be discussed in the mainstream.

Shame, guilt, ignorance, and fear don’t need to run the show anymore. It is time to take our power back and established sovereignty over our bodies and our health.

Ask your doctor if you have any questions or you are experiencing any of the symptoms discussed, and if they act like these things don’t exist or aren’t a big deal—maybe it’s time to find a new doctor? 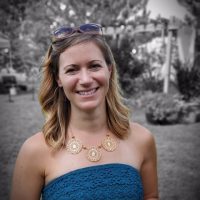 Angela Aaron loves to deep dive with folks into real talk. She is an integrative psychotherapist in Boulder, CO, and is the founder of Expanding Roots Integrative Wellness. Sh… Read full bio

How I Got My Period Back After Not Having it for A Year. How Listening to My Body’s Messages Saved My Life. ~ Jivan Dios Endometriosis & the Hospital. ~ Jennifer Leah Peck What my Uterus Taught Me: The Body-Mind Wisdom of our Wombs. 3 Yoga Postures to Alleviate Menstrual Cramps.
See relevant Elephant Video