6 Tips to Tell ’em what you Want, what you Really Really Want (& maybe get It.) 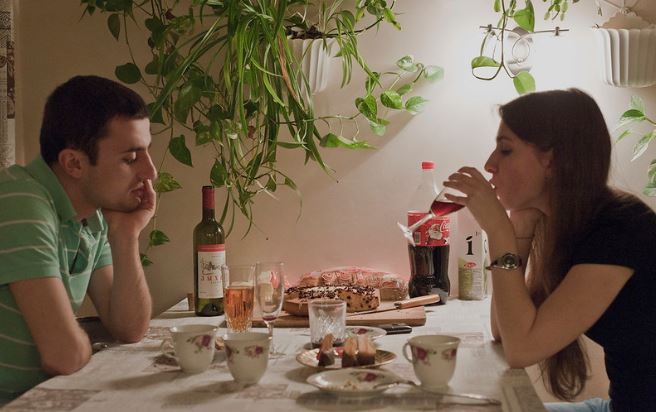 Have you ever watched a mom or teacher tell a child “Don’t touch that!?”

Perhaps you’ve uttered the command yourself. What happens 10 seconds later? Nine times out of 10, the kid touched whatever “it” was.

Why? Because negations tell the brain to do the complete opposite of what we want to achieve. If a dad tells a teenage girl she can’t go out, she will probably sneak out.

The same concept applies to most people; human beings strongly dislike being told what to do. Why? Power is a basic human need. Humans need to believe in the power to choose.

There’s an old saying that “knowledge is power,” and that is true. Rather than tell a child “Don’t touch that,” express why it’s in the child’s best interest to avoid touching something. Words like “danger” and “careful,” followed by a brief explanation like “you could get hurt,” or “you could get in trouble,” give the child more information to decide for him or herself.

By empowering someone to make their own choice, unlike the dad who forbade his daughter, people are more inclined to listen.

If the dad said, “The roads are icy tonight and I want you to be safe,” the daughter might feel loved rather than controlled.

Communication is oftentimes the bane of human existence. Words can end a marriage, wage war, and make or break presidential campaigns.

So how can words be used to reduce conflict and help us achieve what we want?

The concept of “don’t touch” was applied above, but what about other “n’t” words? “Can’t,” “won’t,” and “don’t” also fail to bode well among the masses. Consider saying the same thing but with different words and see how it goes.

Instead of can’t try “I’m unable to right now.”

Instead of won’t try “I feel uncomfortable with that decision.” Or “I’m unwilling to do that.”

Instead of don’t try “I prefer it if you’d stop.”

Is there a time and place for the word “should?” Yes. If you ordered pizza an hour ago and it said it would arrive in 25 minutes, yes, it should be there by now, but when you tell someone what they should or should not do, you strip them of their power.

The phrase “sticks and stones may break my bones, but words will never hurt me,” is kind of a lie. A boss who tells their employee repeatedly that they need to do, or they have to do something, takes away something all employees crave—autonomy and trust.

In reality, the employee has the right to choose, they could refuse the command, or offer up a different idea that might even be better. But by controlling employees, friends, significant others, or random strangers, you take away their power, and you lose respect.

Who really likes a know-it-all? Very few people, if any. But, we do we love to start statements with “I know.” “I know you forgot the chicken.” “I know you don’t care about me.” Do you though? Do you really know? Or do you just feel that way?

Feelings are facts; at least for the person expressing them. “Know” statements often produce blame and ultimately put the now accused on the defense. The response might be “I asked you to remind me, this is your fault,” or “I worked late so we can afford dinner.”

4. Tell Me What You Want, What You Really Really Want.

Unfortunately, very few people can read minds. If we avoid saying what we want, how are we going to get it? Sure, dropping ridiculously obvious hints might get you there, but many people are aloof; even the best hint can go unnoticed. Tack on an “I want” statement after a feeling statement.

“I feel frustrated when you forget to pick up dinner. I want to feel supported in this relationship.”

“I feel happy when you hug me after a long day. I want more hugs.”

“I feel excited about the new Italian restaurant. I want to go next week.”

These statements allow for empowerment. By stating what we want rather than telling someone to do this, or that, or take us there, they have the option to say no, and because they are empowered to make a decision, they will often come through.

For example, if your friend asks you to go to a concert for a band you dislike, you have the power to suggest an alternative. Insults can easily be avoided with a little drop of “prefer.”

“I prefer to see the other band in town next week. I want to save my money for that.”

“I prefer rock music, but I bet Holly would love to go with you. I want to see the band in town next week if you want to join for that.”

The word “no” was avoided, the other person still feels like you want to spend time with them, but in a different way. In this sense, everyone has a fair chance to express what they want.

Humans love absolutes. We both think and speak in them. A 10- year-old says, “I would never dye my hair blue.” That same kid five years later has blue hair.

Absolutes manage expectations. “I know she would never do that to anyone.” Well guess what, whatever that was, she just did it.

Absolutes revoke facts. Statements like “I’m always safe,” or “I always do well on tests,” are incorrect. Same thing goes for “Everyone here sucks,” or “I hate everyone.” Who in this world knows everyone? In this day and age, how can anyone always be safe?

“I have done well on every test, so far.”

“This part of my day sucked.”

Stating facts aids to credibility, respect, and power. When people feel that you tell the truth, they are more inclined to listen and respect you.

Try it out, let me know how it goes. 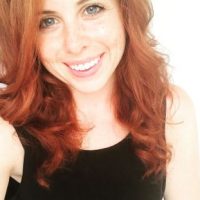 Ashley Hughes is the head of marketing and development for the Breck Film Fest. She has a MA in Sport Business, Marketing, and Law and has lived in six countries in 14 cities.… Read full bio