Why we Need to Stop Avoiding the “Bad Energy” & “Low Vibes” of Politics. 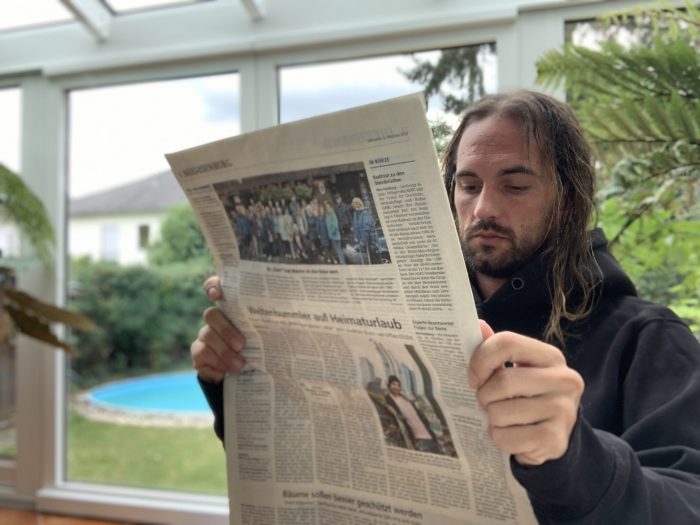 Do you know that person who always tries to avoid politics? Are you one of them?

I hear you, there are many good reasons not to spend our time on the news and political debates. What we see is often troubling, and interferes with our peace of mind. Being unpolitical has become an acceptable standpoint for our generation.

There are people who haven’t even heard about the impeachment drama around Trump. “He didn’t get impeached, nothing changed. That’s why I don’t follow politics,” they might say after they receive the news.

You didn’t hear about the killing of that Iranian official a few weeks ago? Well, there was no World War III, so I am glad you saved your time worrying about that.

Unfortunately there is a big problem with this unpolitical attitude: it empowers those who invest their time into the political process. If you take a look around on the internet, there are plenty of very extreme standpoints. Conspiracy theories are booming, gun supporters have a strong meme game, and Trump’s tweets polarise the country. Where is the voice of reason?

The voice of reason is your voice. It is my voice. We’re just too busy with other topics like smoothies, sunsets, and self-development.

There is a generation of intelligent people who have dropped out of politics for various reasons. We choose to focus on our well-being and keeping the “bad energy” and “low vibes” of politics out of our lives. Sounds reasonable. I, too, am guilty of that.

Out of fear of conflict, we avoid expressing our political views. We leave the stage, instead, for a new generation of far right activists who question women’s rights, workers’ rights, animal rights, the fight against climate change, and more.

Obviously extremists don’t show up and claim to be against all these things. It is far worse. They have a subtle strategy that manipulates others against these things. Take “political correctness” as an example. Alt-right people love to make fun of it, and use it as a vehicle to spread their own views. Memes have become a powerful tool for that purpose.

Not knowing the context, and being unpolitical leaves us vulnerable to getting drawn into political manipulation without even noticing. Knowing the dangers of certain jokes, how they subconsciously shape opinions, and subsequently pointing them out makes us the “overthinker,” or “libtard” who gets attacked by alt-right and even so-called unpolitical people.

The current political landscape is not easy to navigate, but apathy is not a solution. More importantly, there is hope.

We have to find our political voice. We need to accept the discomfort in participating in the debate. We should learn to agree to disagree and stop the polarisation of our society.

There are things that allow different viewpoints, but there are also opinions that can’t be tolerated in a democratic society. It is upon us to differentiate one from the other. In order to achieve a middle ground, we need to practice our debating skills. We have to find out what really matters to us, and explore ways to express that mindfully.

Like many of my generation, I tried to stay away from politics for a long time. On one hand, I didn’t want to scare away potential customers with my political views; on the other hand, I felt unable to make a difference anyway.

Last week, we had been some turbulence in my home country, Germany. It got me so fired up that I decided to break my silence and create a video talking about my view on that particular situation. I was scared about the feedback, but something really beautiful happened.

I received messages from friends I haven’t heard from in years. People I barely knew were sharing my video and thanking me for speaking up. Close friends told me they were happy that I had finally expressed my political views—that I had followed my passion.

It seemed like I had not only found my voice, but had also given others a voice through which to share their views. Far more people than I had expected shared my perspective.

Of course I also received messages full of hatred, and comments that attacked me on a personal level. But who cares? Who are these people to stop us? Let’s not give others power over our political voices.

Politics are just like our emotions and feelings: once we decide to share them, we will be surprised to find out that we are not alone.

Finding our voice and connecting with others takes away the feeling of being powerless. Together, we can make a difference: it is time to step back from the smoothies and sunsets. It is time to find our political voice. Every one of us, whether our voices differ or are the same.