Joaquin Phoenix’s Oscars Speech for “Joker” was a Wake-up Call for all of Us. 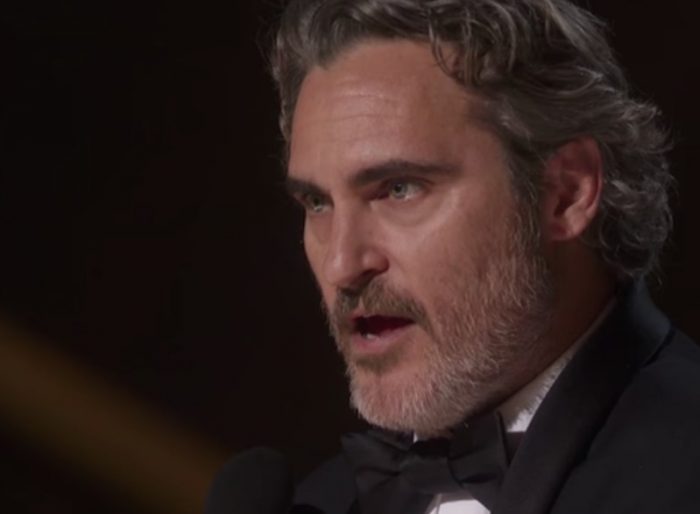 The whole thing. This is what this Elephant community is about. But that last line? Tears. ~ ed.

As Joaquin Phoenix walked the steps to the podium to give his acceptance speech after receiving the Oscar for “Joker,” I knew this was not going to be like any other speech this evening.

My eyes started to fill with tears as I watched a man that had once been torn asunder now transformed. His heartfelt gratitude overflowing as his brother’s spirit, River Phoenix, resided not only within him, but beside him.

He had the platform and he used it in his classic slightly awkward, slightly introverted Joaquin way. He spoke truths, and for that I am grateful. Through his words I heard some of my own truths being spoken and that of so many others.

I am thankful he used his time to speak of what the movie, “Joker,” truly portrayed. The betrayal of all those who reside on this planet, all of which he spoke about. The abused, neglected, rejected, and abandoned.

Joaquin owned his difficulties and cruelties with humility. He was humble enough to admit the second chances that had been given to him not only in front of his peers, but to the millions of people watching around the world. That took courage. To stand and talk about the inclusivity of humanity and rights of all sentient beings took strength.

We as a global community need to hold space and look out for one another. We as humans are not meant for a life of isolation, nor are we meant to destroy the very things that allow us to continue to live and thrive. This planet was not meant to be an egoic competition against one another, but rather, to turn toward all human beings and species with love, care, and compassion. We are not meant to abuse and discard one another like the Joker was, and like Joaquin could have been as an actor and person.

This is our moment in space and time to change our ways in allowance for renewal, rebirth, and revival of what we as humans were always meant to be—geniuses of sustainable, innovative creation, and love.

“I’m full of so much gratitude right now. I do not feel elevated above any of my fellow nominees, or anyone in this room, because we share the same love: The love of film. And this form of expression has given me the most extraordinary life. I don’t know what I’d be without it.

But I think the greatest gift that its given me and many of us in this room is the opportunity to use our voice for the voiceless. I’ve been thinking a lot about some of the distressing issues that we are facing collectively and I think at times we feel or are made to feel that we champion different causes. But for me, I see commonality.”

I think that we’ve become very disconnected from the natural world. And many of us, what we’re guilty of is an egocentric world view: The belief that we’re the center of the universe. We go into the natural world and we plunder it for its resources. We feel entitled to artificially inseminate a cow and when she gives birth, we steal her baby, even though her cries of anguish are unmistakable. And then we take her milk that’s intended for her calf and we put it in our coffee and our cereal.

And I think we fear the idea of personal change, because we think we have to sacrifice something, to give something up. But human beings at our best are so inventive and creative and ingenious. And I think that when we use love and compassion as our guiding principles, we can create, develop and implement systems of change that are beneficial to all sentient beings and to the environment.

I just—I want to—um. When he was 17, my brother wrote this lyric: He said ‘Run to the rescue with love and peace will follow.’ Thank you.” ~ Joaquin Phoenix

Joaquin poignantly concluded his speech reciting lyrics penned by his late brother with a sort of grace only he holds, “Run to the rescue with love and peace will follow.”

May we all take note of River’s lyrics and Joaquin’s speech.

Mirror, for other countries: 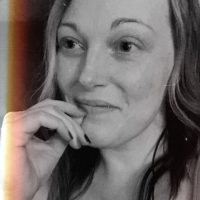 “Joker:” a Reflection of Society staring us back in the Mirror. I Am Not Who I Once Was: Who We Become after Trauma. The Harmful Effects of Ignoring Low-Grade Trauma. If you Feel “Different,” you may be a Fringe Dweller. Here’s 45 Things we can Do Right Now to Stop Rape Culture & Misogyny. The Hypocrisy of Loving Puppies & Eating Piglets. Three Simple Buddhist Practices for Dealing with War, Aggression & Fear.
See relevant Elephant Video