Having the Talk Before you Eat the Cookie—yes, we mean Sex. 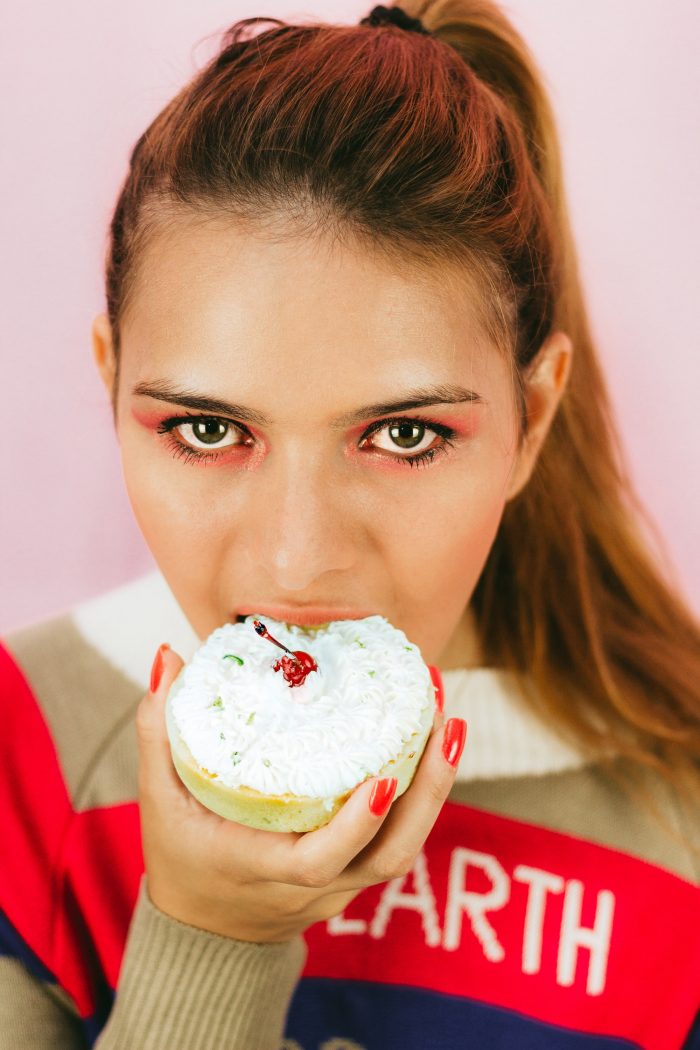 It’s my work to hear stories about people’s relationships. I find the little things that get overlooked—the small acts that turn us into a blossoming rose.

What I find most important is the stuff that happens before sex. The not so exciting part. At least that is what people think. The talk before you eat the cookie. Before the dessert.

Consent is popular in the media today. But, somehow, that time between the consent and the sex never gets discussed.  The area where we consent and we talk, and then act.

Do we just want the green light? The go, and work it out later. I notice we do. We don’t just do this in regards to sex, we do it in relationships in general. We want the cookie and we’ll deal with it later.

But, did you know there is a yummy place in between? We are too busy avoiding it. It’s out of our comfort zone.

So much can be discussed during the build-up around sex: boundaries, permissions, deal-breakers, and turn-ons. If we do not know how to have these talks, often we avoid them. Interestingly enough, it’s yummy in the middle.

We are missing out on one of the things that create a healthy relationship. A healthy dating experience. Steaming sex.

Here are a few ways to bring it up and allow it to excite us even more. After all, the build-up is such a f*cking turn on! Climax Baby!

Have conversations during make out time. Ask in such a way that it isn’t a deterrent, but a curiosity that can be arousing.

>> I love your kisses, they really get me going. What about kissing do you really like, and is there anything you don’t like?

>> Oh! That feels so good when you touch me there. I really love softer touches. What about you?

>> What drives you wild and what turns you off?

>> I’m so turned on right now, but I’d feel safer if we have the STD talk before going any further so that when we have intercourse it is free and uninhibited. What do you think? How does that feel?

Pillow talk is amazing! It’s having giggles and serious talks. It’s curiosity! It takes the burn out of certain conversations that would otherwise be quite difficult. We are already connecting. We have the Oxytocin going. It’s easier, and it’s responsible. It’s yummy at the same time.

It also gives off the vibe that says: even though I’m into you, I still have boundaries and I can communicate in a responsible way. I’m sexy and responsible.

Boundaries are hot! Communication is hot!

Depending on the person’s responses we can decide to agree on something prior to having sex.

“I’m only looking for long-term.”

Then we know where we stand and can decide how to proceed. It’s about having excitement and being emotionally mature at the same time. It’s also about avoiding all sorts of misunderstandings that occur afterward.

With that said, it can be somewhat hard to stop if we come to an impasse, but if we decide to keep going we are doing it with knowledge.

What sex means to one person could be completely different for someone else.

When we avoid the responsible, emotionally mature boundary talks, we create drama. When we incorporate them into the fun and exciting, we show that we can be present, fun, sexual, and still maintain responsible behaviors. Otherwise, we are going by the seat of our pants. It might feel free in the beginning, but it usually creates conflict later.

Having the ability to communicate honestly and authentically while we open up on a physical level is an incredible attribute to bring to a relationship. Once we practice this, we will build up the muscle. We will learn to discern when someone is just saying it to get the goods or is honest, open, and authentic.

If the person answers our questions and then moves on without any curiosity about us, that in itself is great information. Listen to that!

Relationships require reciprocative curiosity. One-sided curiosity is going to be a one-sided relationship. Notice if we are not getting the responses we need to hear and are wanting to continue on, even though they just stated a deal breaker.

Can we express our misalignment with someone in a soft, accepting way and hold true to ourselves?

We still had a great date! A very honest date. We had lots of kisses and making out, and we both knew that it wasn’t going anywhere. We respected each other’s desires and then parted. I still have fond memories of that date. I later got a text from him where he expressed his gratitude for me being so open.

That conversation, that pillow talk, kept us from entering into a steamy, hot relationship that would end up in resentment and drama. I totally respected that man in many ways. He was honest, he communicated, he was clear, and he respected my boundaries. It was an amazing, very short, relationship.

A lasting memory, and a steamy one at that!

F*ck Codependency, I’m Out: Breaking the Cycle, not Your Heart. Brené Brown on Empathy: How we’re Showing Up in all the Wrong ways for those we Love.
See relevant Elephant Video