The Best Way to Cope with Fear when it feels Unbearable. 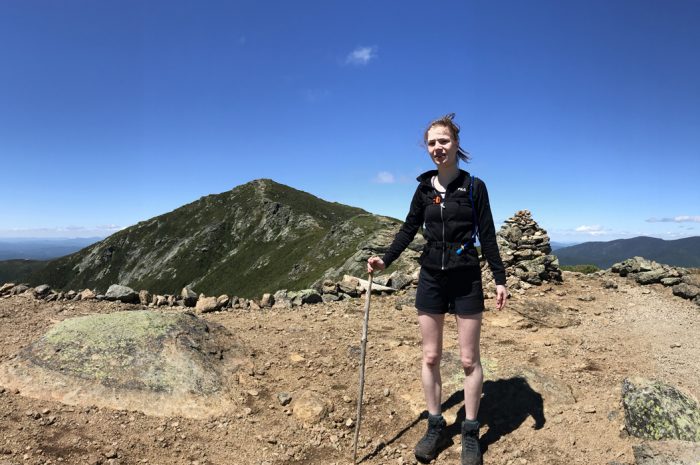 My heart was pulsating through my chest, as my frail body felt a nudge with each slight of the wind.

The next time the wind began to blow, my body leaned into it almost willingly.

It had given up to the faint pressure, and I began to fall.

My body threw itself faster and faster, moving with the wind. I felt void of all uncertainty for a split of a second before realizing that I was about to crash.

Clouded and delirious, I began to scream. I opened my mouth wide to exhale a shriek, hopeless and facing my fate. My eyes began to close.

Seconds expended and the air began to sharpen. It felt dark and frigid around my side as chills slithered up my spine. I waited through what felt like a lifetime until I began to open my eyes, cautiously but with too much exertion of my nearly extinct energy.

My feet had remained planted on the soil. I had fallen victim to the trickery of the mind.

If I would have been told a few years ago that I would climb a mountain and tower over 5,000 feet into the air—I would have moved my eyebrows into a shape that even the best beauticians couldn’t imitate. In fact, I did.

I met with a clairvoyant in Harlem to attempt to speak to the multitude of dead people I have collected in my life. With much surprise, she told me that she saw me being hoisted up rocks that made up a mountain. I assumed that this was figurative, as I have been acrophobic since I was a kid.

She continued to say that I would find myself in love with a man who I would climb mountains with—quite literally.

I didn’t put any of these premonitions into place as I wedged myself between two large rocks on an exposed ridge, high up in the sky. In fact, the only thought that crossed my mind was, “I want to get down. Now.”

I never rationalized if my fear was of falling or of jumping or of simply dying. I just knew I had it.

I recall crying on the big slide at the town park that I climbed the ladder up with my childhood friends. I remember taking trips with my family to West Virginia and not wanting to climb the tower that exhibited the scenic view. I even had slight panic attacks every fourth of July when I went onto a rooftop to view the firework show.

The fear was real. It was there, lurking in the shadows of my psyche every time I was mounted into a situation that allowed it to rise above me, higher than the ground that I was accustomed to—no matter how high that was.

“You must walk alone through the forest with your fears stalking beside you; if you obey the urge to flee into the darkness, they will hunt you down like predators—far better to meet them as tame allies, or at least indifferent creatures.”

I remember reading this excerpt a few years ago. I have always been aware that fear is a type of psychological warfare, but as strong as I have become physically, this was a more convoluted battle. And no matter how much I told myself this, I would still find myself befallen once I climbed a few stories into the air.

After crying for an hour on this ridge, which I happened to choose to hike for no other reason than how beautiful it looked in pictures—I toyed with the idea of calling a chopper to relieve me from my mental incapability. And once I realized the cost and overall embarrassment of doing that was erroneous, I put one foot in front of the other and swore that I would never do that to myself again.

Yet, I continued to tackle taller hikes. I began to relish in the rush. I began to bask in the fear, even though I cried each time I looked over the ledge of a boulder.

And then one day, the man that the clairvoyant predicted, mentioned that I was walking up mountains as if it was a sidewalk.

But, the fear has still been present.

The fear still taps on my shoulder, but now I choose what I want to see when I turn my head.

I can choose to see the unbearable. I can allow my mind to dance that of darkness, ineptitude, and struggle. I can allow it to take over my entire body until it takes my last breath away.

Or I can choose to compromise with it. I can acknowledge its existence, but disallow it from consuming me. I can focus my mind on the beauty and flourish in the resilience of my mortal human body.

The fear clings to me no matter what I choose to perceive.

I am the fear.

19 Tiny, Beautiful Quotes from Cheryl Strayed that will Split your Heart Open. Brené Brown on Confronting our Shame. These 9 Quotes from Brené Brown dare us to be Boldly, Bravely, Brutally Vulnerable.
See relevant Elephant Video