3 Reasons why Some Women Can’t Orgasm with a Partner. 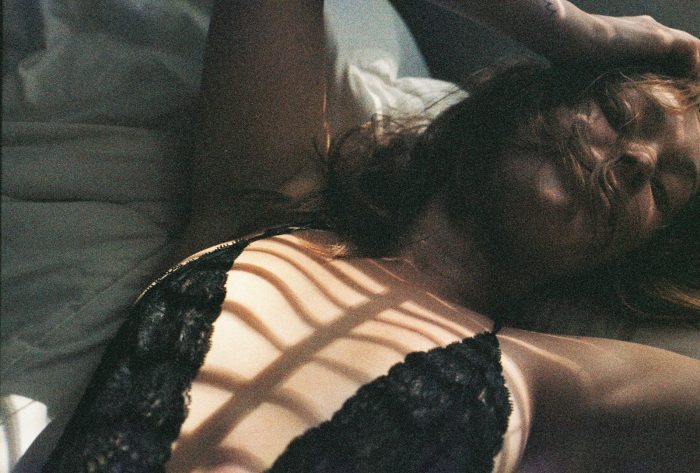 I regularly meet female clients from all ages who never experienced an orgasm with a partner.

Some of them feel desire and pleasure, but something shuts down when the pleasure gets too intense.

Others experience little desire and pleasure.

It feels even more frustrating when self-pleasuring seems to “work” and/or when they are in a relationship with a partner they are attracted to, love, and trust.

Their first comment is always the same, “ I wonder if I am normal”—meaning, “I wonder if there is a physiological explanation for it.”

In my practice so far, I have never met a woman who had no access to orgasm due to damage in the nervous network. It can happen, following a car accident for example, but it’s extremely rare. And in this case, she wouldn’t access any sexual pleasure by herself anyway.

Sexuality goes way beyond the genitals. If you focus solely there, trying to learn some tips and techniques, you are probably losing your time.

There are several components to that:

1. Your relationship between your body and someone else’s desire.

Has your body always been a safe place?

If you experienced any form of physical violence or sexual abuse, your brain might have switched on a function to protect you from suffering at that time. It’s called dissociation. It’s a mechanism that makes you more or less “leave your body.”

It affects the memory too. The event(s) will be hidden from your conscious mind. You might open that box later in life and remember, or not.

If you hold such a trauma, it can affect your adult sex life, making you want to “leave” your body when you get intimate with someone. I would recommend working with a professional to bring back a sense of safety in your body if it has been the most dangerous place to be in the past.

I also meet clients who have never been physically touched, but faced some inappropriate comments or lustful attention from a family member or a teacher when they were young. And today, they carry in them a sense of disgust when it comes to their female body.

Often, these women refrain from embracing womanhood and stay stuck in some “little girl” ways or behaviors to unconsciously protect themselves from unwanted sexual attention.

If this little girl in you needs some care and attention, you can give it to her. But you don’t want that part of you in charge of your intimate relationships.

2. You being witnessed as a female sexual being.

What does “being a sexual woman” mean to you?

The first block here is a sense of shame when it comes to pleasure. The second block is guilt.

Female pleasure so far in our society has not been portrayed as empowering.

On one side, we have the repression. The interpretation of some religions did a good job to target pleasure as a sin, and portray women as temptresses, your body as dirty, and only the spirit as holy. And the female body as only being there for procreation.

I don’t want to say religions themselves, because I haven’t read any religious texts yet that wanted to control women’s bodies. But religious leaders did a great job at it.

This has heavily impacted some cultures and the collective consciousness, and we might have received and integrated these negative messages revolving around the notion that “being sexual=bad.”

Today, it is still a way to discover sexuality in places where discussions are taboo. Sexuality is not about connection here—it’s about performances. And though some female directors are now trying to change the power dynamic, it has been years of humiliating and submissive roles for women.

And in between these two, there was not so much education about female sexuality and pleasure really.

If you hold any unconscious belief that your body and your pleasure don’t belong to you, becoming sexual in the presence of another person can feel really unsafe. There’s no power in feeling guilty or at disposal.

It’s really important to uncover those hidden messages in your system and create new neural connections between sexuality, pleasure, and power when it comes to a relationship.

3. The pressure on women to look good.

Orgasm is a total loss of control and sex is messy. Women have been and are still so praised for the way they look.

So many women don’t like the way their bodies look. Being self-conscious of their image is a major block for them to let go.

This is you, if you are afraid of the light when it comes to intimacy—if you worry about how the other person will perceive you.

Maybe you are not ready to lose control.

Maybe you have been affected by magazines only showing photos of skinny young models to illustrate articles about sexuality.

Maybe you have been in a high position at work that required you to always keep it together.

You want to build a loving relationship with your body, and work on acceptance and permission for you to reclaim your messiness and your wildness in the bedroom, unapologetically.

So now, instead of self-attacking for not “being normal” and shutting down even more, you can look for the part of you who is not on board and needs support.

Feel the trigger in your body. Is the fear related to being safe, feeling shame, or being seen?

And know it’s always possible to rewire your nervous system to access orgasm with a partner. After all, what stands between you and this sacred gift was created outside of you.

Women’s bodies are actually wired for heightened states of pleasure and a various range of orgasms.

It’s the birthright of every woman to experience pleasure, be orgasmic, and be multi-orgasmic—by herself and with someone else.