I Will Always be the Crazy & Difficult to Control Woman. 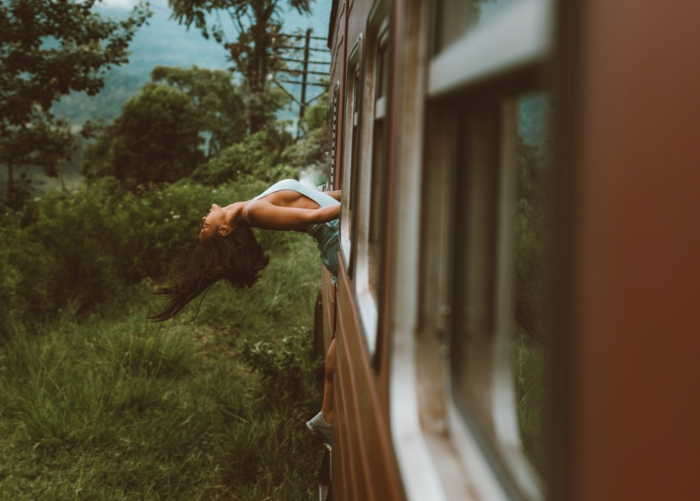 A little taken aback, I asked, “What do you mean too much?”

She laughed, as if in some united recognition of, “I feel ya sista.”

I mention this because it saddened me—not the laugh, but the fact that we, as women, have become accustomed to this label.

She was talking to me about a man who had labelled me “too much.”

I hadn’t liked him from the first moment I met him, but because of mutual acquaintances, I accepted he would be around.

He once spent an entire dinner telling us what a “psycho” his soon-to-be ex-wife was.

Alarm bells weren’t ringing; they were screaming in my head, but I simply accepted his presence along with the filth that would come out of his mouth.

He was a controlling, emotionally abusive husband.

There were myriad uncomfortable moments with him because he was in yet another one of his moods. I was often shocked to find how people could engage with this kind of behavior and pretend it was normal.

I became a willing participant in, “Let’s not rock the boat, it’s easier to let it go than to confront it.”

After years of knowing and spending time with this man, I couldn’t take it anymore.

I could no longer bear to watch him hurt the people around him. So, I severed the connection and breathed a heavy sigh of relief.

The weight of the lie I had come to be living lifted from my shoulders.

Then, many hurtful comments came out about the things he had said about me behind my back. He viewed me as “difficult” and “crazy.”

He had said he could never be with a woman like me because I was too “high maintenance.”

And yet, when I sat with him in conversation, I never had the impression that he felt any animosity toward me. I should have known that what he would share with me about others would be a reflection of what he was telling others about me.

Let me be clear, I’ve pulled some epic “crazy,” stupid shit in my past. I’ve been the awful kind of “crazy,” too—the kind of self-destructive, lack-of-boundaries “crazy.”

But, I know my heart.

I have taken responsibility for my own fuck ups—how else do we grow and learn?

I have never seen him own up to any of his.

I have fallen countless times, but I have respected each step of my journey toward the woman I know myself to be.

This “crazy” label has a horrible and beautiful way (what a mind fuck) of making us look closer at ourselves. When we come from a place of self-love, we can distinguish what is ours and what belongs to others.

I knew that this was simply a projection of the kind of woman he would never be able to handle:

A woman who speaks her mind.

A woman who won’t be instructed to do what she’s “supposed to.”

A woman who knows the difference between love and control.

A woman who won’t tolerate endless amounts of unreasonable and difficult shit that eats away at her self-esteem.

A woman who knows when someone is using her as a scratching post for their own unfulfilled potential.

A woman who will see the deeper meaning of being labelled “crazy” by men that can’t process, self-soothe, and heal their own turbulent emotions.

I have found it easier to simply embrace the label.

If “crazy” means independent, freethinking, and self-sufficient, if it means searching for a love that fosters growth, enlightenment, care, and love in a healthy way—you can call me “crazy” any day of the week.

You can shout that I am “too much” from the rooftops!

As I looked at my laughing friend, I raised my hot chocolate and she raised hers and I said, “Here’s a toast to us “crazy” women; long may we reign!”

Amanda Van Graan is a single mom, yogi, travel copywriter, and an infinitely curious human. A typical Libra, she is constantly in search of truth, beauty, fairness, and balanc… Read full bio

I’m not Sorry that I’m “Too Much to Handle.” What 76 words from my Ex taught me about being “Too Much.” You weren’t Too Much for Him; He wasn’t Enough for You.
See relevant Elephant Video