4 Questions to Ask if we want to be the Pilot-in-Command of our Life. 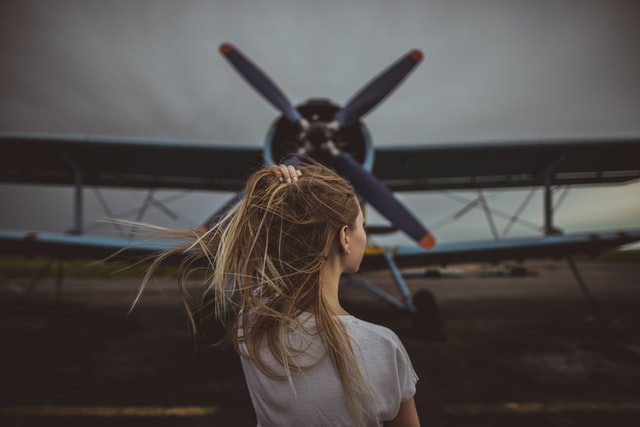 When I was in flight training, learning how to talk on the radio to scary flight controllers was pretty intimidating.

They talk like auctioneers, they expect you to answer immediately and succinctly, and they are authorities who actually know what they’re doing—something I did not.

“Just tell them who you are, where you are, and what your intention is,” my flight instructor, Clio, would coach me. “They’re just people.”

I knew otherwise. They were gods, out there to nail me making a mistake.

They had the power to prove what I already knew: that I didn’t have it in me to be a pilot.

Clio pointed out that I was actually the pilot-in-command, and therefore the final authority. If I was taking off and a controller said, “Cessna 8866 Tango make an immediate left turn,” and I saw another airplane right next to me on the left, it would be my job to say, “Cannot comply.” My responsibility was to keep myself safe, while complying where appropriate, so that we would all be safe.

As a country, we are experiencing what I refer to as Flying Lesson for Life #5: Communicate with the Controllers.

And who are the controllers in our lives? The outer ones are the authorities who make rules and laws and set expectations. The inner ones are those voices within us, who are often engaged in a debate.

This is a time when our feet are to the fire. When do we comply and when do we refuse to comply with the chaotic voices swirling around and within?

Our president has been consistent about one thing: he does not like complying with rules. Just the evidence from the past few weeks-that-were-a-year couldn’t be more compelling. He won’t comply with the standards set by health experts around COVID-19, despite evidence that he and the entire White House have become a coronavirus hot spot. And he refused to comply with the decision by the Commission on Presidential Debates to go virtual for the second debate. (His campaign manager called the Commission “swamp monsters.”)

Among the many terrifying consequences of his refusal to abide by rules and laws is the influence this is having on his base. Like the violent group who plotted to kidnap the Michigan governor, Gretchen Whitmer, in order to preserve their “freedom.” Or the specter of violence we know is possible if he does not come out the “winner.” We could go on with pages of examples.

We’re looking at the age-old struggle between freedom and responsibility. And between existing laws, habits, customs, and behaviors, and revolutionary or transformational change.

The good news is we have a chance to use our voices in new ways, to take a stand on our values. This flight lesson is about the energy of the fifth chakra at the throat. And from Black Lives Matter, to #metoo, to the fascist hate groups, to the Russian influence on our election, voices are ringing out in a chaotic clamor.

What this flight lesson asks us to do is to be responsible and decisive pilots-of-life who are concerned with safety first, and the thrill and freedom of flying second. How does that look in our personal life, and in our collective one?

On the other hand, hopefully you would never consider maintaining systems that allow for racism, sexism, and oppression of the marginalized. You might instead be a true “conservative,” one who wants to conserve the Constitution and our democracy by doing a reset.

Where do I source these tough decisions? Native wisdom suggests we consider what will benefit the next seven generations. The balance is decided by elders coming together in council, in sacred space, looking into their hearts with humility and into their minds with discernment. We are a long way from such leadership.

Author Anne Lamott says that when we have headphones on with one speaker spouting egoic boasts and the other shouting fear and self-doubt, we’re tuned into radio station KFUK. Time to change the frequency.

Right now, in the midst of a collective scene that is like Shakespeare meets Alice in Wonderland, how do we change the frequency?

When we center in the heart, and disarm our inner debate, perhaps our inner council can find a space to convene. Maybe then we can ask our hearts:

What is fair?
What is right?
What is true?
What is beautiful?

And only then can we ask our minds, “What does common sense tell me the next step is toward the change that I dream is possible? How do I use my voice now?”

You are the pilot-in-command. May you fly free and soar! 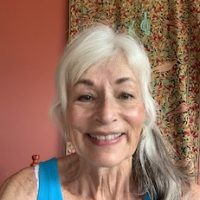 Where will you land if Everything Falls Apart? Every Vote is a Celebration of Freedom. How to Breathe when the World is on Fire.
See relevant Elephant Video