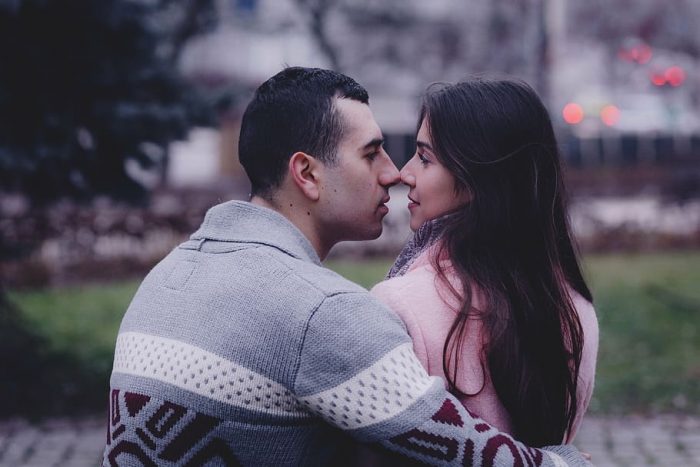 If I had only known how to be an adult emotionally as my body aged chronologically, I could have saved myself so much heartache and misery.

Instead, my path was to learn the hard way through trial and error: painful endings, hurtful conflict, lots of therapy, coaching, and reading more self-help books than should be allowed. Relationships have quite literally been the bane of my existence for at least two decades.

If having successful, long-term relationships is not on your bucket list, then stop reading right now. But, seriously, who doesn’t want that, really? Keep reading.

Unfortunately, learning how to have good relationships was not a priority in academics. It may not have been at home either. So we all had to figure this sh*t out on our own. Guess what? We all mostly failed. The trending consensus is that divorce rates for first marriages are rocking it at 50 percent, second marriages at 67 percent, and third marriages at 73 percent. These stats don’t even include the non-married couples.

One of my favorite authors is David Richo, who has a PhD and is a psychotherapist. He has written some great books on how to adult up, so we can bring the rate of failed relationships down—or at least the rate of disastrous endings.

His books have helped me tremendously in finally navigating my second marriage—as an adult. Only with adult understanding, responses, and growth have I been able to be in a relationship more consciously—I am still a work in progress.

The following six books are some of my favorites when it comes to becoming ready to relate like an adult:

How to be an Adult in Faith and Spirituality

I was raised Catholic and took the fear of sinning quite literally. After losing my virginity before marriage, I felt obligated to confess my “sin” to a priest—and I was instructed to marry him, of course. Looking back on that now as a recovering Catholic and spiritually-healthier adult, it makes me chuckle.

This book helps reconcile religion and spirituality from the perspective of an adult, giving us the freedom to be authentic, while at the same time helping us grow up in our faith—whatever that looks like. I feel many conflicts over faith, religion, and spirituality could be avoided through this adult understanding.

Becoming a healthier adult spiritually leads us right into this book, which is about taming our egos and the unhealthy versions of it that can cause so much of our conflicts and suffering.

I have felt ego defensiveness and the disconnection it can cause far too well in my own relationships. Until I recognized my own ego at play during conflicts, I could not find resolutions. This book helped me recognize the unhealthy aspects of my ego, work on making them healthy so that I could relate in a more loving and generous way.

David Richo claims in this book:

“The vain, conceited ego in either sex is a disability when it comes to forming healthy relationships both at home and at work. The real culprit in so many failed relationships is ego.”

From personal experience, I believe him.

The Five Longings—What We’ve Always Wanted and Already Have

Hang on; this one is a ride. After reading this book, I had to sit and digest it for a while. I thought after having experienced what I did not want that I had finally nailed down what I did want.

In this book, David Richo opened my eyes to the concept of longings as more than just what we think we want.

“Longings can be defined as strong and lasting yearnings for that which is ultimately not fully attainable.” He continues with, “We find some fulfillment of them in the course of life, but never enough to end them.”

How often, present company included, do we put the pressure on our relationships to fulfill our longings. Longings that we can’t even identify—we just feel that something is missing in our life.

Talk about an impossible dream in both giving and receiving in a relationship. Having an adult understanding of these longings—love, meaning, freedom, happiness, and growth—can go a long way to creating a more conscious, loving, and accepting relationship.

Daring to Trust–Opening Ourselves to Real Love and Intimacy

Who doesn’t want trust in a relationship? My first marriage was riddled with moments of distrust and the breaking of trust. Lost trust is a heartbreaker. I have been both the broken and the breaker.

One thing this gem of a book helped me with was coming to grips with my understanding of trust in an adult way. Lost trust does not mean I will never trust again; it does not mean I can never be trustworthy. It means, as David Richo puts it:

“As we become more adult in how we live life, we do not fear trusting others, but we do remain on our toes. At the same time, though we can’t trust everyone, anyone can trust us if we are living in integrity.”

It was not until after my first marriage of 16 years ended that I began to become aware of my own personal baggage—the unresolved wounds that I brought into relationships and how they contributed to the destruction of it. Thanks to therapy, coaching, and some serious looking in the mirror, I was able to take on the responsibility of owning my past and the part it played. This was not to let me off the hook but to encourage me to work on what I needed to heal and change some beliefs that were not working for me.

This book does get into some psychology—transference in particular, which essentially means unconsciously bringing our feelings and beliefs from the past into our present relationships. It is revealing and at times calls for some practice of maitri. You have to really want to stop the patterns and behaviors that are interfering with your ability to have an adult relationship. Not to become free of issues but acquire the self-knowledge and ability to stop the blame/shame game that ruins far too many relationships.

David Richo says in his introduction, “A poignant thing about us humans is that we seem hardwired to replay the past, especially when our past includes emotional pain or disappointment.”

Maitri has certainly helped me as I started to come face-to-face with my past and the role it has played.

This was the first book I read by David Richo, and it quite literally changed the way I view relationships and love—whether it is an intimate relationship or a parent-child relationship.

The practice of maitri in this book would be expressed through what David Richo calls the five “A’s” that help us develop self-esteem and a healthy ego—five aspects of love. They are attention, acceptance, appreciation, affection, and being allowed to live authentically.

David Richo says, “Love is experienced differently by each of us, but for most of us, five aspects of love stand out.” These five “A’s,” if received and given in healthy doses, can help us create healthy adult relationships with ourselves and others.

Learning about giving myself, my children, and my partner these five “A’s” has made an immense difference for me and those relationships.

Relationships are tricky terrain, especially if we do not have self-awareness or any knowledge of what makes us or other people tick. I was a statistic for my first marriage and, hopefully, the teachings I have learned from these six books can help prevent me from becoming another one.

I now know how to adult up in relationships, thanks to the teachings in these six books. 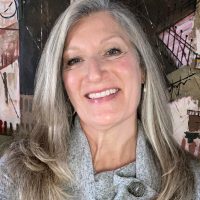 Gina Pilon is an author, life coach, advanced grief recovery specialist, and integrative nutrition health coach. In 2001, she left her previous career as an accountant to purs… Read full bio