For all the Women who Suffer from being “Terminally Nice”—Listen Up.

I’m not going to sugarcoat this or beat around the bush; I am so tired of people being people pleasers and nice—but not honest.

The truth will set us free; we forget this in intimate and even unintimate relationships. It’s okay to tell someone the truth. “I don’t want to go to your stupid party” might be a bit much, but it’s okay to say no to other people, whether they be friends or family, coworkers, your spouse, or children.

In our culture, we are so worried about what people might think. What will they say if I don’t attend their function? My first reaction is: no one cares. I don’t mean to sound blunt or rude, but maybe for the purpose of this article, I do. People are way less concerned with us than we are with ourselves. What I mean is, most of the time, people aren’t obsessing about if we will or won’t go, or what we should or shouldn’t do or say like we are in our own obsessive brains.

I learned many years ago that “no” is a complete sentence. I don’t need to give a reason or explain why. I just have to be true to myself and say the two-letter word that most people are too afraid to say.

When I first started setting personal boundaries, I had something called “afterburn.” It’s the feeling you get after saying no, or telling someone the truth, or even when you explain why you’re uncomfortable with a situation. The afterburn makes you feel like you made a mistake and want to crawl into a hole. This will pass, and it goes away after some practice.

We are always taught to be polite and to say yes and please and thank you, but no one ever taught me that if I didn’t want to give someone a ride or do them a favor or show up to their function, I could just plain as day say: no, thank you.

I learned this in my 20s after years of resentment and anger about being in situations that I didn’t really want to be in. I would do things for others and say yes when I meant no. I didn’t have a backbone and was so afraid of what people would think of me If I didn’t oblige.

The best thing that ever happened to me was that I had a friend who told me the truth. She called me out. If I was talking about something she knew would screw up my life or was a bad decision—she just didn’t nod her head in agreement with my grand idea—she told me what she thought.

She has told me I was being a “bull” and pushing my way into a situation. She has called bullsh*t on my complaints about other people. She has called me out on my rationalization and justification of behaviors that didn’t serve me or others. In her telling me the truth, I felt seen for the first time. Where other “friends” before her would just nod and agree with my stupid plans and ideas, she would question me. She would check my motives.

I felt uncomfortable at first, as no one had ever spoken to me that way before, but then I felt cared about and understood. I could lie to others and myself, but she called me out. This is an authentic friendship. If you are going down a destructive path and I see it but say nothing, what kind of friend am I?

We need to be less worried about hurting other people’s feelings and more worried about our own well-being in situations that make us uncomfortable. If you’re invited somewhere (pre/post-COVID-19) and have had a long week and would rather stay on the couch in your jammies, it’s okay to say no. I don’t think people know this. They will just keep going and going until they burn out their adrenals and need to self-medicate.

My goal as a friend, spouse, and family member is to be honest above all. My pet peeve is an elephant in the room; I can not function with secrets. I can not sugarcoat what I see, and I can’t beat around the bush. I have to call it as I see it, and I hope most people will be able to see my heart and know that, out of love, I can not go along with ideas and plans that are destructive and don’t serve the highest good.

We, as a culture, need to be less afraid and more point-blank. Tell it as we see it. Assertive, not aggressive, but assertive just the same. 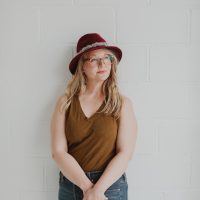