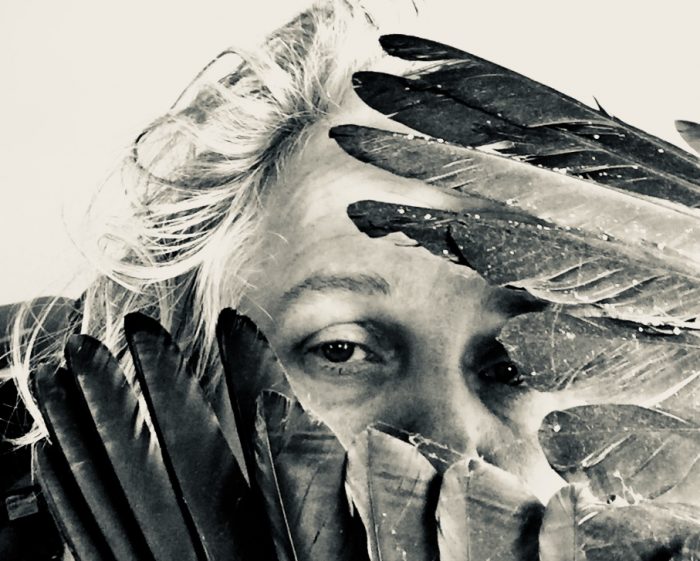 How do we walk through sadness, tragedy, despair?

It became popular, sometime in the 80s I think, to deny it altogether.

The power of positive thinking overtook allowing grief, fear, sadness, and remorse into our souls; it made them wrong. If we felt any of these things too long, we were morose, ill, clinically depressed, regressed.

Deep in the era of Gothic art, beginning in the 12th century, through the 16th, and reappearing in the 18th, it romantically embraced all of what is often denied. It delved into our supernatural, our horrible, the grotesque, the tragic, and repellent. The world of Gothic fiction is full of apprehension, filled with premonitions of unidentified and impending disasters. There are many orphans and oddballs who are protagonists in such pieces.

Aren’t many of us orphans today? Orphans from our country, orphans from family and friends, lost by way of politics and plague?

During the “feel good” movement that stretched itself out of the “turn on, tune in, drop out” of Timothy Leary, we began scratching those things out of our art. We remade Halloween into a bought and paid for capitalist holiday with pretty plastic masks and sickly-sweet candies.

Gone were the nights and frights of times when we were less guided by Wall Street and television. We lost the meaning of the children’s games and songs, why London Bridge was falling down, and why we had a Pocket Full Of Poseys and all fell down in ashes, ashes.

We changed the fairy tales. No one pushed the witch into the fire in the gingerbread house. Ariel did not die as seafoam, and Cinderella doesn’t kill her first stepmother so her father will marry the housekeeper. It’s now the kiss of a handsome prince that wakes Sleeping Beauty, not the nudging of her newborn twins that she conceived and birthed from her rapist while in a coma. The evil queen in Snow White is not made to dance wearing a pair of red-hot iron shoes until she falls over dead.

Let’s not forget The Juniper Tree, a fine piece from The Brothers Grimm where a hateful wife offers a little boy an apple from inside a chest. When he leans over to get it, she slams the lid down on him and chops his head off. Of course, she doesn’t want anyone to know that she killed the boy, so she puts his head back on and wraps a handkerchief around his neck to hide the fact that it’s no longer attached. Her daughter ends up knocking his head off and getting blamed for his death. To hide what happened, they chop up the body and make him into pudding, which they feed to his poor father. Eventually the boy is reincarnated as a bird and he drops a stone on his stepmother’s head, which kills her and brings him back to life.

And there’s a reason I collect them. There’s something of value in the old stories, in why they were told as they were, and to our most impressionable! Perhaps we did it to prepare them for the reality of life, steadying them for what could not possibly be worse than the tales they were told.

There were times, in our histories, and certainly in our herstories, when even walking out our door was risking life and limb. Many children survived to adulthood only to be taken by influenzas, plagues, raids, and loss and lack. Older adults were little better off, with death always following close behind them. Life was a struggle: if you lived rurally, you struggled with weather and food supply, water and shelter. If you lived in the city, you struggled with pollution, work, and safety from crime.

Once upon a time, you couldn’t deny the darkness of life quite so easily, so if you were able, you embraced it—in fiction, in art, in tales that reminded you that you were not alone. Dickens and Hardy, Brontë, Browning, Carroll, M. Shelly, Wild, Wells…they all took us to places we could understand because we had lived similar, or worse.

Then came Leo Buscaglia and Norman Vincent Peale. Not that these writers didn’t have good things to say, but too often the take from these writings was that “it’s all good,” (one of my least favorite sayings adapted to this decade).

Squeezing out of that came the fundamentalist religious movement of blab it and grab it—”Name it and Claim it,” was what they called it. Suddenly, the God of fire and brimstone who was to be feared (also not my favorite fallacy) became a God named Santa Claus. If you wanted it, God would supply it—if you were righteous and faithful enough to believe and obey. In effect, everything would be rosy, if you just did the right things, gave enough hugs, said the right daily affirmations, kept your eyes on the prize, and your head in the clouds.

Much to my mortification, I was once the queen of buying it for a time. I hid away my darker art, deep writings, mystical drawings, and wrenching poetry, and I wholly embraced the light, and the light alone.

The thing is, life is not always light, and no amount of smiles, hugs, positive thoughts, prayers, or affirmations will change that fact. They aren’t without value; they just are not the whole story.

And of course, here we are now, in a nightmare where a plague haunts our every move, fascists and dictators reign, and miserly landlords and greedy corporate heads bleed normal people dry. Pharisees and Philistines break our souls with canons, codes, and commandments that are neither loving nor wise.

We are in the dark. We are in the abyssal, direful, dystopian reality of macabre monsters and abhorrent obscenities and polarities.

Let us not put a shimmering gossamer curtain over the dark night, nor change blood drips to fairy tale lips:

Hold out for truth. Allow the awareness of all existence. We are dark; we are light. We are holy; we are wretched. To deny either is to lose half of what is, what has always been, humanity. To muzzle its weighty revealing is to try to forget who we have been, and what we can become, if we refuse to see the dark. 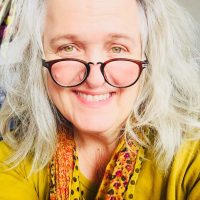 Just a peculiar stranger lumping her way to the light, Deborah Davis lives in the beautiful woods and lakes of Northern Minnesota with her three dogs. She writes, paints, pray… Read full bio

We Got Your Social Mediums Right Here: