A Linguistic Love Story: Learning Languages made me Who I Am. 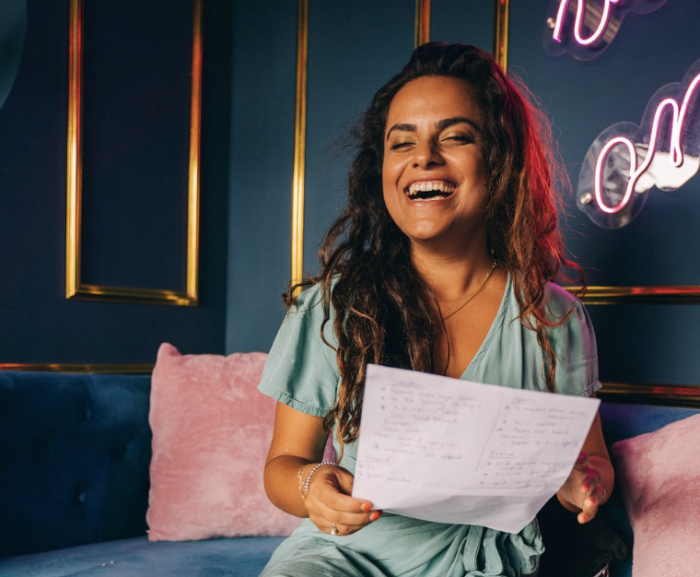 “Two roads diverged in a wood, and I took the one less traveled by, and that has made all the difference” ~ Robert Frost

It feels as if these verses from Robert Frost’s Poetry written in the age of Easter Rising (1916) were written only for me.

I always chose the most uncommon, unpopular, and unconventional route for anything and everything that I do and wish to do. I do not do it on purpose, but maybe it is just how my parents raised me.

They gave me the much-needed space and taught me to value even the things that are ignored and less appreciated and done in our society. They taught me to look for beauty in all those living and non-living or animate and inanimate and to value, cherish, and appreciate each atom of it.

And maybe that is exactly the reason why I passionately and unconditionally fell in love with languages–German and English to start with. Both the languages as foreign from my mother tongue but equally making me feel at home.

Here’s my tribute to these languages that made me who I am:

I first met English in the huge campus of convent school at the age of three, and for the first time, something made my knees feel so weak, but at the same time set my soul free.

Tell me, what kind of feeling can this be, if not first sight, first love?

And why does love always have to look like the moon or stars?

Yes, I fell in love with English at the age of three, because for the first time, I realized the route to set my soul free. That’s the magic and power of language. It sparks our imagination—because reality can be sometimes melancholic.

And this is how English became the language of my soul, and since a kid, I kept brewing and pouring out my emotions in this language that I now call my native.

Oh, and what do I say regarding German?

I met German as a teenager—it was a blind date. My mother pushed me into learning a language, and I randomly picked up German for my studies at University.

I still do not know why I picked German out of all the languages that were offered, but I vividly remember the emotion I had while choosing: I felt connected to that language and that country.

Even as a kid, I always had this great pull toward Germany, even when I didn’t know much about the world map. I guess few things are just meant to happen, and the German language has been the best thing to happen to me. I guess that is the beauty of going with the flow.

German happened to me as a fluke, and each day I still fall in love with it so deeply and passionately, just like the dawn falls in love with the morning. I never knew that I would find solace, passion, direction, and most importantly, unadulterated joy and divine happiness in a foreign language like German, which would later turn my safe place and home.

I started learning German at a point in my life when I was most clueless and vulnerable.

I had just passed high school and had no idea where to take my life. With the entry of this language into my life, I experienced the feeling of passion and unconditional love toward something for the first time. Yes, the German language has not just been a language to me, but it has become my passion.

I decided to pursue further studies in this language, and that made all the difference in my life. I got a new sense of direction, and because I studied what my passion was, not a single day felt like a study, it felt like fun.

Languages made me who I am. These languages shaped me, helped me evolve, and put me in a position to make an income. They gave me a sense of purpose and direction in my life.

Psychological research shows that learning a foreign language helps to improve the level of intelligence, creativity, improves concentration and memory, and also reduces the risk of Alzheimer’s and dementia.

And I can vouch that my creativity, concentration, and memory have improved two folds since the day I started learning these languages. Learning a language is by far the most complex thing the human brain can do.

One of the most famous German authors, Johan Wolfgang von Goethe, said, “He who knows no foreign language knows nothing of his own”—and I guess he was right; knowing a foreign language to the extent that it has turned my permanent home also helped me to fall in love with myself like never before.

Language, words, sentences, poetry, and stories all heal me and make me what I am.

I was mocked by many for choosing to study languages as a profession. But most people really do not realize one simple fact: if languages didn’t exist, there wouldn’t be any communication, and humans are social animals for that reason—our ability to communicate.

Science and numbers are important as well, but languages, poetry, stories, and musings help us to survive the harsh realities of our world.

If I manage to stay sane during this pandemic, then it was only because of languages.

I started learning Dutch, and I kept on reading books in the languages that I already knew. That helped me to escape the boredom and the terrifying loneliness, which would have otherwise taken a toll on my health.

We cannot really underestimate the power of words and languages. They bind humanity together.

Well, languages can also be the reason for destruction if not chosen wisely. But imagine how depressing and blank the world would be if there wouldn’t be any languages?

Hence, all humans romancing with languages and linguistics are the ones who actually allow themselves to feel the people’s emotions and touch hearts by their words. Because in the end, all that a human needs is kindness and soothing words to survive in this game we call life. 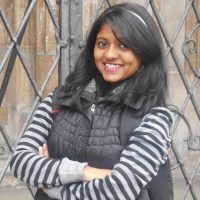 Namrata Purohit is a corporate serf and aspiring baron with a passion to write fictional and non fictional- from poetries, articles, stories to writing about social issues, re… Read full bio