The Heartrending Vulnerability of Meghan and Harry. 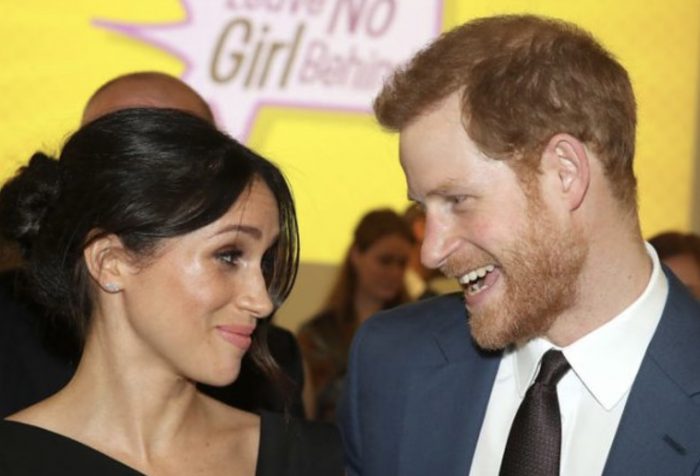 This week I joined 17 million viewers worldwide who tuned in to the dramatic tell-much (if not all) interview with The Duchess and The Prince, conducted by an interviewer I’ve fantasized about interviewing myself: The Queen of Daytime television, who goes by the one name moniker Oprah.

I am not a Royal watcher. Admittedly, I have not watched even one episode of “The Crown” or even “Downton Abbey.”

The primary reason I decided to invest two hours of my time was as a therapist observing dysfunctional family dynamics. I wanted to have a front-row seat looking behind the scenes of the Royal family.

Having been in practice for 40 years, I thought nothing would surprise me—I stand corrected.

From the get-go, Oprah made it clear that neither Meghan nor Harry were aware of the questions she would be asking. Their responses were heartfelt. It didn’t come across as rehearsed. Parts were gut-wrenching. It was a reckoning as it uncovered the not-so-veiled racism in the country, the media, and even more disgusting, their own family.

At one point, Meghan shared, “In those months when I was pregnant, all around this same time so we have in tandem the conversation of he (their son Archie) won’t be given security, he’s not going to be given a title, and also concerns and conversations about how dark his skin might be when he was born,” to which Oprah responded incredulously, “What? What?”

She went on to inquire who made such a vile comment. Neither of them would out the family member, but Harry said it wasn’t his grandparents. That narrows it down considerably.

What must be going on in the mind of someone who would say that? Were they relieved when the beautiful baby looked more like his father than his mother? Would he have been less beautiful if he had his mother’s copper tone?

And what about their daughter, who is to be born this summer? Will Harry’s clan have anything to say about the newest leaf on the family tree?

Clearly, racism thrives in Buckingham Palace. Harry was shocked and acknowledged that it wasn’t something he understood until he and Meghan were together as a couple.

My heart went out to them for another reason, as well. In the public eye, under scrutiny, with mud hurled at her by the British media, Meghan contemplated suicide. It was deeply intimate and revealing.

“Look, I was really ashamed to say it at the time and ashamed to have to admit it to Harry especially, because I know how much loss he has suffered, but I knew that if I didn’t say it, then I would do it,” an emotional Meghan said. “I just didn’t want to be alive anymore.”

She described how comforting her husband was after she was told when she sought psychological help that she couldn’t receive it since the optics wouldn’t be good. I wonder what kind of hand wringing would have occurred if God-forbid, she had acted on her suicidal ideation.

I am certain that Harry was having flashbacks harkening back to his mother’s death in 1996 when he was 12, and wanted to save his wife the pain his mother, Princess Diana, endured.

As I am writing this, a British journalist is being interviewed by Don Lemon on CNN. She commented on something said in England about Meghan Markle. “She’s gorgeous. She’s not really black like Oprah. You’re either pretty, or you’re black.”

What amazes me even more than the revelations was the negative reactions from some on social media. What added fuel to the fire were comments about how she was attention-seeking, that she knew what she was getting into when she married her husband, and questioned how she didn’t know to curtsey when meeting the Queen for the first time.

Some said it was rehearsed and was for the purpose of creating pity. More were supportive of him for sticking by his wife. Why should that be a surprise? When he joined in the conversation, he validated what she shared.

How sad that Harry had to choose between his wife and his father and brother, who have indicated he was disloyal. Although he said he has spoken with his grandmother, his father wasn’t accepting his calls. Where is the compassion?

As I watched the two of them together, leaning into each other, holding hands, looking at each other, I sensed the love that flowed between them. As I witnessed the ease with which they responded to Oprah’s questions, it felt like anything but a contrived conversation.

Their vulnerability was heartrending. My heart is with them.

May both Meghan and Harry celebrate their growing family and find peace on this side of the pond. The peace that was not granted to his mother. I imagine her gazing down on her son and the daughter-in-law she would have loved had she met her.