Us Against the Issue: 22 Healthy Ways to Cope with Conflict in Relationships. 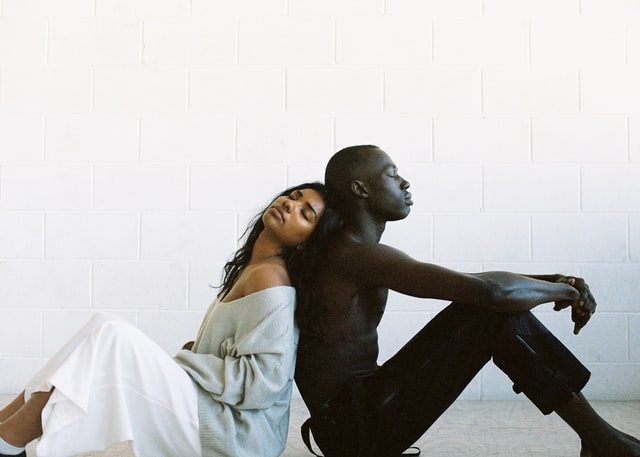 I’ve always been a fighter.

I have strong opinions and a quick mouth—which, when it comes to relationships, isn’t always the best combination.

I started dating when I was 13 and spent six years with the same person. I have a sneaking suspicion that if you counted up all the time we spent bickering and full-on fighting and disagreeing and being at odds with each other, we probably only spent about half our relationship in peace.

And even though I would never have admitted it then, I was (probably) to blame for (at least) half of those fights.

I’ve calmed down quite a bit since then, thanks to age and maturity and more relationship experience and a very patient therapist. But I’m still someone who knows what she wants and how she thinks and has learned to create strong boundaries—sometimes too strong. And I still have a quick mouth when I want to.

Because of how much fighting I did in my younger years, I’ve often looked at conflict in my relationships as a bad sign, a red flag. It’s only been recently that I’m realizing how helpful conflict can be. How a fight done well can strengthen a bond and lead to more understanding and love and respect for my partner. (And to be clear, I’m talking about run-of-the-mill, everyday conflict, not abuse.)

But a fight handled poorly? Well, too many of those and you find yourself wondering why you haven’t walked away yet, or if you should’ve walked away sooner. Or, worst-case scenario, actually walking away from someone you love and want because neither of you cared enough to learn to fight fair.

So I thought I’d share some advice from our dear readers about how to handle conflict in relationships in a healthy way. May it be of benefit!

1. “It really comes down to communication. Not just the words exchanged, but knowing they’re being heard by the other and vice versa. If someone isn’t willing to work things out through respectable discussion, it’s a red flag for the relationship.” ~ Bryan

2. “Instead of falling into the ‘I’m right, you’re wrong’ perspective, seek only to understand and bring light to the conflict in hopes of finding a resolution.” ~ Paula

4. “If you do what you always do, you’ll get what you always got; in other words you can’t keep repeating the same pattern and expecting a different ending.” ~ Catherine

5. “Once something has been said, it can’t be un-said. Think before you speak.” ~ Patricia

6. “We are on the same team. It’s not me against him. It’s us against the issue.” ~ Tholokuhle

7. “If you do not address your childhood traumas, your romantic relationships will.” ~ Babsi

8. “You can not control another person’s behavior, you can only control your own. And understanding the Karpman Drama Triangle also helped me deal with a toxic and high conflict relationship. Someone has to step outside of the drama triangle and stand on their adult line. You have a choice to leave the drama triangle, if need be. If the relationship is built on a common respect for one another, communication is key.” ~ Elena

9. “It’s not about what you argue about, it’s about how you argue about it. If you use conflict as an opportunity to learn and grow, yes. If you are using it to attack and vent, move on.” ~ Jen

10. “Be curious about their position.” ~ Kristin

11. “Not to take yourself too seriously. I am not the center of the universe. I do just as much wrong as he does.” ~ Andrea

12. “Never strike while the iron is hot. Always wait to calm emotions before speaking about anything important. Especially if it affects the relationship.” ~ Justin

13. “Be gentle with yourself. Thing is, we sometimes cause so much conflict within ourselves when trying to figure out the conflict in relationships, that we suffer unnecessarily and can then sometimes project that suffering onto our partners/relationship, before anything is even discussed. Sometimes, you need to breathe first…do things that you enjoy (even alone). Be gentle with yourself to remember what love feels like, and then approach the conflict in your relationship from that position and no other.” ~ Helen

14. “Deal with the conflict within you first.” ~ Keila

15. “Conflict is healthy and normal. It can help lead to growth. But don’t be mean and work hard to be reflective rather than reactive. And if you are mean or reactive, despite your best efforts, then apologize soon after.” ~ Amanda

17. “Even if you didn’t mean hurt, if someone is in pain because of your words or actions, the hurt is real, so apologize.” ~ Roseanna

18. “Remove expectations. Remember that everyone has their own lens they see things through and it will never be the same as yours.” ~ Leslie

19. “Try not to be passive aggressive. Something bothers you, speak up. Be respectful, and don’t hold grudges. Not everyone will appreciate or understand you. Be ready to acknowledge your part in things going wrong at times. And try not to be selfish.” ~ Colette

20. “You have two ears for listening and one mouth for speaking: listen twice as much as you speak.” ~ Belinda

21. “You can’t fight fire with fire then become upset when everything burns down.” ~ David