How my Rescue Dog actually Saved Me. 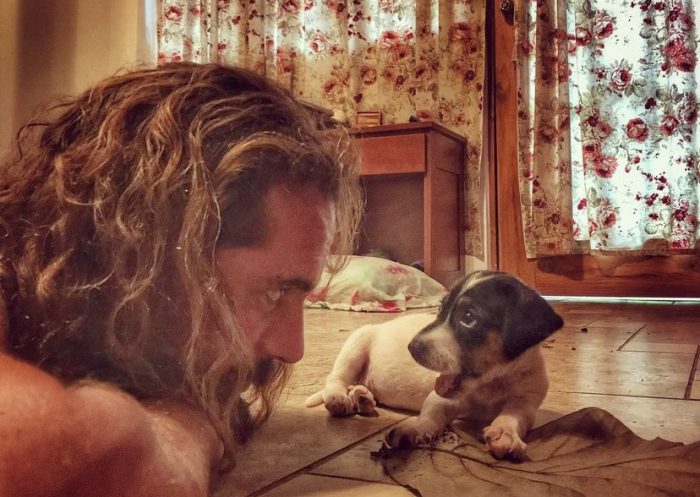 “I can’t take care of a dog” was the title of the story I told myself four years ago.

A friend from work was looking for responsible folks who could take care of a few puppy dogs he found on the street. “No way I am taking one of these dogs,” was my first response.

But I promised to help him find someone to adopt them. So I went to take a few pictures of these puppies. One of these little creatures decided to stumble toward me and put its head on my foot—and I gave in.

At that time, I was in a relationship that was about to fall apart. We were hoping a dog would save what was already lost. Instead of saving that bond, I was about to experience the most beautiful thing in my life: seeing that puppy grow up and become an adult—and I am not talking about Snoopy.

Saying that the relationship ended in a drama would be an understatement. I lost my job, reputation, and sanity—but I got a dog.

In the beginning, it felt as if I was saving Snoopy from becoming a stray dog, but it was actually the other way around. Instead of excessive dating or partying after the breakup, I enjoyed my role as the caretaker of the cutest dog in the world.

I had no idea how to take care of a dog, but Snoopy and I became a good team. The first months were full of cuteness and joy, but then she (Snoopy is a girl) started destroying my stuff. When she was six months old, she went on a rampage, ruining my sofa, headphones, several charger cables, and the linoleum floor in my apartment. I was about to give up and thought about finding a new caretaker for her.

At that time, I was also struggling to make enough money as a yoga teacher and thought about leaving Costa Rica. There was no way of taking Snoopy with me because I had no idea where I would go next and no money to pay for the costs of traveling with a dog.

Almost as if Snoopy felt my despair, she slowly started bracing herself and stopped destroying my personal belongings. A friend told me that it was perfectly normal for a puppy to go through that stage of being a little monster—nobody told me that before I got her.

Just after Snoopy’s first birthday, I had to travel to Germany for a month. I found a dog sitter and paid a fair amount of money to keep my peace of mind while traveling. It was just four weeks, but it felt like an eternity—I was missing her so much. That was when I realized that Snoopy was an essential part of my life.

As I mentioned earlier, when Snoopy came into my life, I was in a pretty bad spot. But the challenge of having the responsibility for a puppy dog somehow motivated me to finally getting my sh*t together. Before I got Snoopy, I hated taking walks—I saw no point in roaming around with no particular destination, but my dog taught me to enjoy our daily walking meditation.

Not only that, Snoopy gave my life a structure and purpose. She taught me what unconditional love actually means: loving someone or something without expecting anything in return.

I learned that she wasn’t misbehaving to push my buttons; she was simply going through her own learning process—and I started realizing that this also applies to humans who are grinding my gears at times. How could I be mad at someone who simply doesn’t know any better? It took a cute dog to teach me what several relationships, jobs, and therapies were not able to.

Another year later, I went on another trip to Germany. On the evening of my return to Costa Rica, I went to a local restaurant and met a woman who asked me if I was the dude who owns that cute, little dog called Snoopy. “Yes, that’s my dog,” was my proud reply. That woman also had a dog and suggested that we should meet up for a walk with our furry friends the next day.

Long story short, this woman turned out to be the love of my life and is now my fiancé.

I don’t know what would have happened in my life without Snoopy. I would have probably continued traveling without a destination, being a man-child, and not accomplishing anything besides catching a good wave here and there.

This month, we are celebrating Snoopy’s fourth birthday. I couldn’t imagine my life without her, and I am already scared of her passing one day. But until then, I will continue to do my best to provide the best home possible for my rescue dog, who actually saved my life.

Here is a timelapse of Snoopy and me growing up: