I’m an Israeli—& Even I Don’t Know Much about the Conflict.

My name is Tom. I’m an Israeli living in the United States, a former IDF soldier, and I don’t know much about Palestinians.

On my Israeli side, I can spend this entire article spewing facts about the Israel Defense Force (IDF)—what it does well, what it doesn’t do well, what incredible effort is taken to ensure minimum innocent people hurt, and what embarrassing mistakes and blatant irresponsibility it shows at times.

The thing is, even as an Israeli, I know that I don’t really know the other side, except the general phrase “they want to kill us.”

From a young age, we are taught the history of the Jewish people (both modern and biblical) and we grow up into a world of conflict around us that started long before we got here.

Our opinion of things is shaped by our experience living in Israel, serving in the army, watching the Israeli media, experiencing some aspects of conflict and tension with Israeli Arabs (at times), but mostly, it’s experiential, collective, and it’s biased.

I’ve met Palestinians only briefly in my life, at a grocery store. They were nice, I was nice, we did business. But does that represent our sides or our inner feelings? I don’t think so.

So, I came here to say this: if you think you know what’s going on, you probably don’t have the whole picture.

Who does? Who isn’t biased? I’d say, only few who are intentional about it. I try to be objective, even when I root for my people’s safety, I want to learn and form my views based on truths—and maybe I’ll learn something valuable from the comment section here.

“Israel is the Zionist devil and oppressor and they should be eliminated for stealing our land”, and likewise “All Arabs are terrorists and should be gone/dealt with/dead.” I’ve heard it all, and none of it presents a solution, nor a reality.

We know that the loudest people don’t always represent the majority, and the extremes are called extremes for a reason. I want to believe that on either side, most people just want to live a happy life—but what they believe needs to happen to fulfill it, based on religious beliefs, narratives, and circumstances, varies widely.

The reality is that the land called Palestine has been occupied by more than one empire, and both Jews and Arabs were subject to colonialism.

Looking at modern history, Jews and Arabs shared the land peacefully up until around the 1920s. Following a lot of violence incited by frustration—of the Arab population, about the British favoring the Jews—the conflict started. Jews were no longer welcome by the Arabs in occupied Palestine, but it wasn’t their land to control.

Fast forward through many years of diplomatic effort—and one Nazi attempt of Jewish annihilation, supported by Palestinian community leaders—resulted in resolution 181 by the UN, in 1947, splitting Palestine (which, back then, was occupied by the British) into two states: Palestine and Israel, for Arabs and Jews respectfully.

Arab countries swore to take military action if Israel declared itself a state.

Israel did—with the hope of maintaining peace with neighboring nations—and what followed was an attempt at annihilation. The IDF was formed to defend Israel. Israel won that war and many others, getting more land than what was initially allocated, and keeping it.

Everything following that includes refugees from that war, trying to negotiate impossible terms with the winners, who have a hard time letting go because of the whole “you tried to kill us” deal, which can be a hard thing to build trust around.

So for Israelis, we earned our country fair and square, with international support, then we were challenged for our lives, and came out victorious. For the native Arabs, we stole their land, and they don’t care who approved it, or if we were there 2,000 years ago, or that this was the only place Jewish people could run to after World War Two.

Right now, the violence is a result of four things:

1. The Sheikh Jarah evacuation (Palestinian families might having to evacuate their homes, unfairly).

2. The riots preceding Jerusalem day and Ramadan prayers (which is mostly clashes between Jews and Muslims).

3. The storming of the Al Aqsa mosque by Israeli police following that, trying to arrest and/or disperse instigators.

There’s so much detail, nuance, and bias in all the news right now, it’s hard for me to understand what’s really going on.

I can see outlines of the usual conflicts around land and religion, with a different costume over it. I would like to know what’s really going on, but in the end, will it matter?

Decisions were made, wars were fought, this is where we are, that’s what we must work with.

That realization does not dawn on the leaders of the Palestinian people, who insist on returning to terms that are far from favorable by the Israelis, with no actual bargaining chip.

I’m not here to solve the situation, but I’m here to share what I know.

Remember the headline? I meant it—I really don’t think I know enough, and it’s hard to find sources, on either side, who aren’t extremely biased. 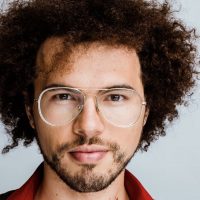