The Power of Images: Please Don’t be too Quick to Judge Israel. 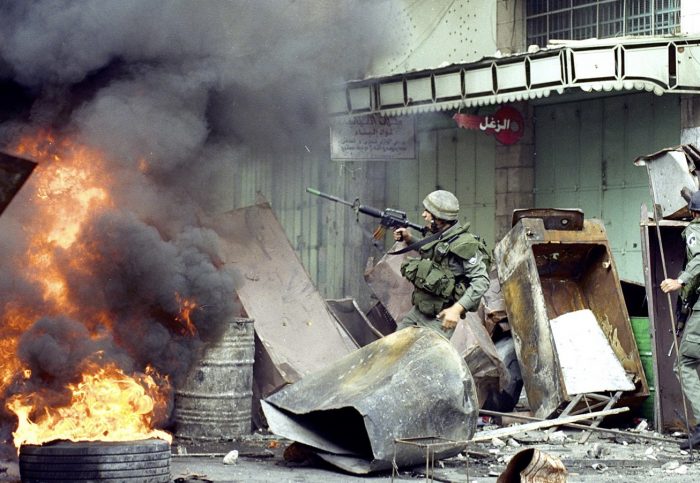 Images of people suffering have the power to shape our opinions, but they often don’t tell us everything we need to know.

Israel is under fire these days, but I am not only talking about the rockets threatening the lives of civilians; I am also talking about the international outrage around the counterstrikes executed by the Israeli Defense Forces (IDF).

Normally, I am not one to hold back on my opinions, but this case is different.

I am German and not entitled to bash Israel for defending itself. I am also a liberal and not inclined to minimize the suffering of the Palestinians in any way. I want to find a middle ground—please forgive me if I hurt your feelings by writing what I am about to write.

When I was a highly motivated—but biased—teenager who was protesting against globalization, corporate interest, and war (I was banned from traveling to the United States for protesting against the war on Iraq in 2003), I blindly took the side of the Palestinians, but that shifted over the years.

When I was living in Costa Rica, I met an amazing dude who is a professional dancer and DJ, but he also served in the “IDF” for several years. Before that, I was living in Argentina and spent a lot of time with two friends who devoted seven years of their life to serving. All three of them changed my perspective, and I would like to explain why.

It is easy to blame Israel for launching rockets at the Palestinians, and I am not a supporter of these actions, but I also understand that the civilians in Israel are scared of Hamas and feel the urge to defend themselves.

We always see the images of destroyed homes and injured Palestinian children, which is heartbreaking—but how often do we take the time to listen to Israelis who are worried about getting killed by a suicide bomber while attending a family celebration at a restaurant? Did you ever ask yourself what it means to live in a city that is regularly the target of airstrikes carried out by terrorists?

There is no doubt that the Israeli government made mistakes over the last decades, but it is undeniable that there is more to this than just blaming one side based on emotions.

I didn’t hear much of an outcry when Donald Trump and Jared Kushner made deals with other Arabic nations to solve this conflict. In my opinion, these disastrous arrangements caused the violence we see these days. Why not talk about that?

I can’t remember a mindful conversation on what Israel should do instead of responding with military action to the attacks on their homes.

But I do see a lot of emotionalism, which makes it almost impossible to find a solution. Arabs blame Israelis—and Israelis blame Arabs.

If it were just a conflict between these two sides, it would be acceptable to me. But I cannot tolerate folks projecting their underlying anti-semitic views onto this conflict.

Israel is economically more developed than its neighboring countries, but does that give these countries the right to call for the extinction of Israel? I don’t think so. Do we expect a country to turn the other cheek when rockets are launched at them? Just imagine for a second how American public opinion would shift if the United States were regularly the target of airstrikes against their major cities?

I am not saying that retaliation is the solution to this problem, and I can’t entirely agree with Benjamin Netanjahu’s politics–but that doesn’t mean that I have to take sides with Hamas.

We could take a look at the inner-Arabic conflict between Fatah and Hamas, we could ask ourselves how to stop young Arab men from joining terrorist organizations, we could talk about a peace plan that brings peace to both sides—but we shouldn’t break down a conflict that had been going on for decades to a few pictures of humans suffering.

People in Colombia are also suffering these days. Myanmar is on the brink of a civil war. Turkey is arresting political activists. Brazilian cities are under the thumbs of druglords. Refugees are drowning in the Mediterranean Sea on their way to Europe. There is more than enough drama to look at—but for some reason, some people can’t wait to bash Israel for its policies. Why is that?

We can have a mindful conversation on these topics, but we need to be careful when it comes to the power of images. We have experienced how fake news can shape public opinions to the point that people don’t believe in face masks and vaccines—imagine how much damage can be done with pictures and videos that are produced to influence our opinions.

I don’t have a solution for the Israeli-Palestinian conflict, but I know that there is no benefit in blindly taking one side in this—as tempting as it might be.

If you live in Colombia, Myanmar, Turkey, Brazil, or the Middle East, please share your perspective with us in a mindful article. I would like to hear more from each side and not fall for one narrative.

As the analogy of the blind man and the elephant teaches us, we are all blind to some degree—our perspective depends on our location, values, and socialization. There is no right or wrong. Let’s keep this in mind when sharing our voice with the world. The last thing we need is more polarization.

Let’s try to be of benefit and share our views and hear those of others we might disagree with.