A Young Man’s Pledge to Defy the Cultural Programming that Disempowers Women. 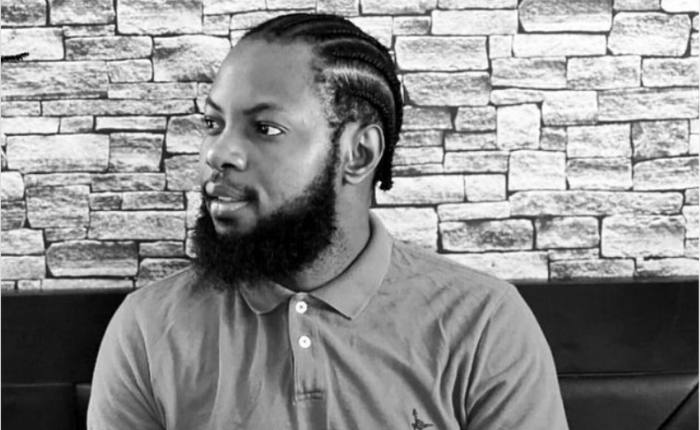 James and “Mama K” engage in a conversation about women.

He says: “I love it when women take back their power.”

She says: “I love it when men aren’t intimidated or pissed off when women claim their power.”

And he replies: “I’m cheering on all women who explore and express the full range of their emotions, jettisoning outdated socio-cultural beliefs that have limited the female and her boundless energy for centuries. I love it when women ditch stereotypical labels like ‘submissive.’”

“James, did you know there was an artistic and literary form of satire popular during the medieval and Renaissance period that challenged gender roles and the idea of submission? It was called Power of Women. It depicted heroic or wise men dominated by women, presenting a sarcastic inversion of the male-dominated sexual hierarchy.”

“So, Mama K, I guess women have been struggling since before the Renaissance to shed the oppression of labels like submissiveness.”

“That’s right, James. As you know, it’s still difficult for a woman to stand fully in her power because of the pernicious obstacles that are embedded in our laws, institutions, and our basic culture.

We continue to butt up against negative labels and attitudes that limit our opportunities. Entrenched views about gender roles still carry with them expectations about what women should and should not do.

Within the zeitgeist of ‘the submissive woman stereotype,’ I suppose men (even the ‘good ones’) have had their own struggle around this—the struggle to embrace the idea of women standing in their power.

I see you as a Renaissance Man, an enlightened man, James. I delight in the idea that you see women as having ‘boundless energy.’ Tell me, how have you come to love the idea of the empowered woman?”

Ego is a second beating heart men must sacrifice, as a matter of necessity, for the liberation of humankind. The sacrifice is a daily pledge to defy socio-cultural programming—decades of conditioning.

Sometimes, I get tired of resisting the urge to bypass emotional intelligence, trading equality with masculinity like the men before me. Sometimes, I feel deflated—drained by acts of vulnerability, resisting privileges attached to my manhood.

It is a secret battle I fight—a cross I am willing to carry so that the next generation of boys, and men, can be free.

My mother’s tenacity shaped my early idea of the empowered woman. Then, my younger sister came with the force of a whirlwind and shattered the glass ceiling.

Neither of us knew what it was back then—I was 19 and she was 15—but her rebelliousness echoed the virtues of a feminist.”

“Like an oracle channeling the frustrations of millions of women whose voices had been silenced, I felt her pain when she refused to worship my status as Di-opara (the firstborn male)—a traditional rite of passage.

It was the first time I questioned the gender hierarchy upheld by our culture.

Ego fell, and empathy rose. My appreciation for the empowered woman has grown in leaps and bounds ever since.”

“That is a powerful reckoning, James.

Of course, you know that women are still underrepresented in the hierarchy of the workplace. We are significantly outnumbered in the ranks of politicians and decision-makers who develop and implement our laws. Because of this, women’s needs are typically not prioritized to the same status as those of our male counterparts. We continue to see policies and laws that limit women’s autonomy or rights. Women’s reproductive rights are a good example of this—restricting our ability to make decisions about our own bodies.

And on a personal note, women have had to either grit their teeth and ignore, or armor up to confront male privilege for too many years to count. We’ve learned to stuff our needs and comply or risk alienation if we stand strong against the privileged man who believes he should be catered to. We’ve battled this at home and in the workplace. But I see the young women of your generation—like your sisters and my granddaughters—rising above these false restrictions and I say, bravo to them!”

That sh*t must end.”

“Thank you, James. I feel you as a real ally for women. How is it that you rose above this privilege?”

“It’s simple—nothing. I did nothing more than see my mother, sisters, and, by extension, all the women in the world as human beings, just like myself.”

“It is a wondrous thing to be witness to another person expressing their fullness of being. I watched my mother take up a mantle of independence too, James. She had to become the single parent, the provider, the nurturer, the wise matriarch when her marriage ended. She walked away from a privileged ‘man-baby,’ setting necessary boundaries in order to teach her daughters a better way.

What else do you love about women, James?”

“I love it when women embrace their sexuality and express their sensuality in all its forms and glory—accentuating every curve, lining errant brows, and highlighting every blush.”

I, too, love the idea of women embracing the fullness of our sexuality. I’m encouraged that women are finally stepping up to find that we love our bodies in all their many expressions. We’re claiming our sensual nature and our sexuality in any way it manifests for us.

Women’s bodies have been scrutinized, shamed, sexualized in all the wrong ways. We’ve been called frigid if we’re ‘not sexual enough’ and sluts if we’re ‘too sexual.’ To quote your earlier statement: That sh*t must end!”

“James, my friend, thank you for honoring women, and for this heartfelt conversation. Let’s do it again soon.”

“Yes, let’s. The pleasure is all mine. I’m available to chat anytime.” 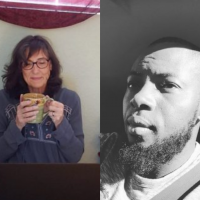 I asked women: “At what age were you first sexualized or abused?” This is Our Story. Tea & Consent: This has Got to be the Most British Way of Explaining Sexual Consent. {Video} Dear Men, We Don’t Owe you a Damn Thing—5 Things the Patriarchy has led us to Believe. F*ck Society’s Rules: 10 Things Women Should Definitely Do. “Having a Daughter Does Not Make a Man Decent”: AOC’s Response to Rep. Ted Yoho calling her a F*cking B*tch.
See relevant Elephant Video