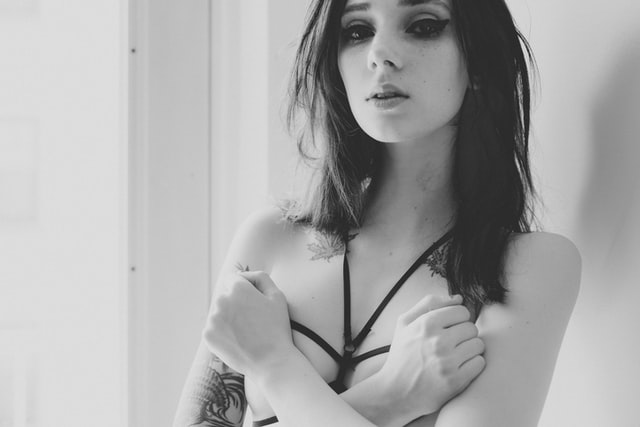 I have read so many articles about trauma and addiction.

The bruised and battered stories of those who have inched their way out of the rabbit hole of abuse always move me.

Alcoholism or substance abuse seem to chase trauma like the coyotes chasing these rabbits into their little underground hollow.

I come from trauma too. I was also chased by an addiction—not of drugs or alcohol, but by something a little more insidious.

My trauma doesn’t measure up to some of the things that others have lived through. On a trauma scale, I don’t even know where my wounded soul would stand; I just know I carry scars.

I’m an introvert. My astrology sign is Cancer. We Cancers have a history of being teased for our “sensitivity and moodiness.” I’ll own this: I am highly sensitive and my natural tendency is to suppress those nerve-on-fire emotions when they flood over me. To quote my friend, Rita, “I’ve lived most of my life on automatic/zombie mode.” When you’re never taught to acknowledge and process your emotions, they just go deep.

My childhood was lonely. I was a latchkey kid. My parents were divorced when I was 11. My two sisters were much more than a decade older than me, and out of the house by the time I was five. Even though I had siblings, I was raised as an only child.

My father must have been a wounded soul himself because he had no emotional reserve to give his daughter. Really. Nothing at all. When they finally divorced, I barely noticed he was gone.

My mom was left with the hard work. She was the one who needed to keep food on our table and a roof over our heads. We didn’t have money for childcare, so I walked home to an empty house every day.

Being a latchkey kid is not all bad. I’ve come to believe that all that time alone caused me to dip into reserves I may not have had if I’d had siblings or an adult to engage with.

I felt a sense of shame in being from a divorced home. It wasn’t prevalent like it is today. Other kids had two parents. Other kids had a father who played with them, helped them with homework, doted on them—just because he was “Dad.” Those dads would never scream or hit their kids. And they had a mother who baked cakes and orchestrated birthday parties. My mom was too exhausted for much of anything but work and church.

Because I was such a sensitive kid, I took up a mantle of guilt over my father being gone. “Mom and I have each other,” I thought, “but Dad is all alone.” I would sometimes cry myself to sleep with my made-up story of his intense loneliness. Truth was, he was fine. He had moved on and was happy in his new life. Ours was a quiet home now. I think maybe it was me I was crying for.

When a little girl isn’t nurtured by her father, it leaves a hole in her heart. I think those little girls sometimes spend a lifetime trying to fill that hole. I was one of those girls.

When puberty hit, I was consumed with estrogen and got my first taste of what it felt like to be desired. This feeling was unimaginable to me. Someone wanted me. I felt a curious passion that I knew nothing about, but it enveloped me. It seduced me.

It took a few years for it to wrap its steely arms around me, but it did. I was taken. The emptiness in my life became filled with promiscuity. I wanted that rush of lust and sexual tension. I loved the feeling of being desired. I mislabeled all these feelings. I called them intimacy. I called them love. But the minute anything became truly intimate, I was out of there and on to my next crush. I became a serial monogamist. Only one at a time but boy did I know how to “bring ‘em in, burn ‘em out, turn ‘em out.”

I was a teenager in the 60s and a young adult in the 70s, just as the sexual revolution was at its pinnacle, so there was not a lot of judgement around promiscuity. But let’s be real—it can be soul-crushing. When we try to heal wounds with sex, our psyche implodes. At least that’s what happened for me. I spent years sorting it all out.

It took me four, yes four(!) marriages to put all this to rest. I finally fell into Grace. By Grace, by luck, by all the right and holy providential moments, I met a man who would become my fourth husband. Together we have learned how to navigate the waters of a relationship that is real, that does not call upon fantasy or delusion. Ours is a marriage, of 37 years, a marriage that created a sacred container…for me to finally heal.