It’s time to Suck the Air out of the Sexist Balloon: Misogyny, Mansplaining & More. 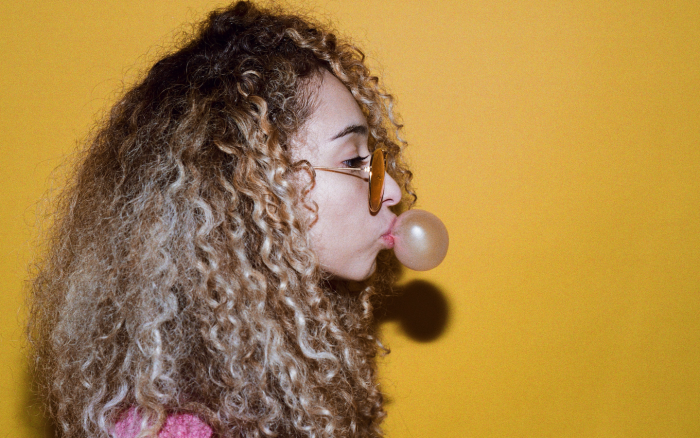 When my husband’s phone buzzed on the restaurant counter between us as we sipped champagne and I playfully reached for it, he quickly snatched it back.

Then I had to know what that text said. He reluctantly turned over his phone. (No, he wasn’t cheating.)

It took me a minute to figure out why there was a picture of a hissing cat in his group text. Once I did, I was irate.

This night, he had also been invited to hang out with his male friends, but because we hadn’t spent time together for a while, I had asked him to pass, which he did without complaint.

“They’re only joking around,” he argued.

“They’re calling you p*ssy-whipped, aren’t they? Because you’re choosing to spend a Friday night with your wife of 20 years instead of with them, they’re making fun of you. They’re emasculating you for it.”

“I’m your wife, goddammit, and choosing to spend time with me shouldn’t be a joke among the guys.”

Hours of heated conversation followed as I tried to explain how hurtful this was while he insisted he did nothing wrong. It wasn’t his fault; he didn’t send the message.

I vehemently disagreed. My husband might not be the kind of person who would send an image like that to another man, but the fact that his friends felt comfortable sending it to him made him complicit.

The way he snatched the phone away, hoping I wouldn’t see that message, was evidence that he knew it, too.

I told him that the guys sent this image to him precisely because they believed he would not go to bat for me. That he would not tell them that this was inappropriate and insulting.

And that he was not the ally for women he wanted to think he was.

As a husband and a father of two daughters, this last comment wounded him.

My husband’s the kind of guy who would get in the face of any man who was disrespecting or harming a woman. He supports and enjoys working with women. These things are true of his friends in that group text, too—in person, they have always treated me with kindness and respect. On paper, they’re all the kind of men any woman would want in her corner.

And so this was painful for me, to think that my existence was the butt of their jokes. And that my claim on my husband’s time was questioned, devalued, or less valid than their own because of my sex.

For men who want to be allies for women, it requires more than just not being the guy who sends a hissing cat picture. It means being the kind of guy his friends would never send that picture to in the first place. Silence really is complicity.

I can’t imagine what it takes these days to be “one of the guys.” I can’t imagine the social pressures that exist even in middle age for certain jokes to be told and laughed at. To drink a few more. To stay out a little longer. And for women’s voices and presence to still not quite be as powerful as their own.

But I do know that even the “best” men can shift into sexist and misogynistic behavior once the women are out of earshot. They likely think it’s harmless.

Sexism is part of the patriarchal system for which the prime purpose is to oppress and silence certain groups of people, including BIPOC, LGBTQIA+, disabled people, and, of course, women.

We are a misogynistic culture by default. “Mansplaining” and other condescending comments are so mainstream that we often don’t even notice them, let alone push back against them.

More to the core of the problem: men who do and say these things don’t think of them as condescending or belittling. They think that by engaging with a woman, they’re supporting her well enough.

Sexism is the status quo of our world. It’s not an anomaly. It’s a striped tiger, not a white one.

So, disrupting the status quo requires consistent effort—consistently. It’s not just about what you do; it’s about what you don’t do and when you don’t stand up. When you choose to remain silent to keep the peace or “go along,” you might not be originating the sexism, but your silence perpetuates it.

The status quo is like a rubber band: when we pull on it, it stretches. When we let go, it returns to its original shape. Every time we address benevolent sexism, blatant sexism, misogyny, mansplaining, sexual assault, rape culture, and everything else we women have to deal with, we are pulling on that rubber band. When men let go—maybe because there aren’t any women around—society resets to its original shape.

What we need to do together is snap that sexist rubber band, once and for all. And we need men to help us pull not by “supporting” women but by aligning with us. We need men to align with us, not just when it’s obvious, or it’s strangers, or when you could be a hero.

We need you as allies when it’s subtle. When it’s your friends. When speaking out could put you at risk of being kicked out of the group.

We need men who won’t “Not all Men” us. Because in making this statement, you’re pretending that the water we’re all swimming in isn’t getting you wet.

We aren’t looking for heroes. We’re not asking you to yell in the face of every man on the street corner who says a sexist joke or cat-calls a woman. But instead of silence or chuckling along, you can tell them you don’t think it’s funny or welcome. And if women were in earshot of that joke, tell them you heard it, too—that it’s not okay.

Ease our discomfort by aligning with us in such moments. Suck the air right out of the sexist balloon until the party isn’t fun anymore.

We women can’t do it all, and we don’t want to do it all. Much of the work has to take place in places where men congregate without women around—when it’s “just the guys.” Because when men no longer tolerate this behavior from other men, that’s when the status quo really starts losing power. That’s when changes can seep into the fabric of the culture to benefit our generation and future generations.

Once my husband truly understood how hurtful it was for me that his friends thought they could send this text and not get a rebuke, he texted to the group that it wasn’t okay, that he didn’t appreciate it. One of the other men commented back that he agreed.

This was nearly seven years ago. To this day, these kinds of texts never happen in this group anymore—to or from anyone. In a singular act of allyship, my husband changed the energy of the entire group.

Men, if you’re still staying silent in the face of sexism or misogyny so that your friends are comfortable, then you’re not yet the ally women need.

But if you’ve read to the end of this article, you are definitely the ally we want.