It’s Time to Resurrect the Wild Girl who Buried Herself in the Fantasy of Happily Ever After. 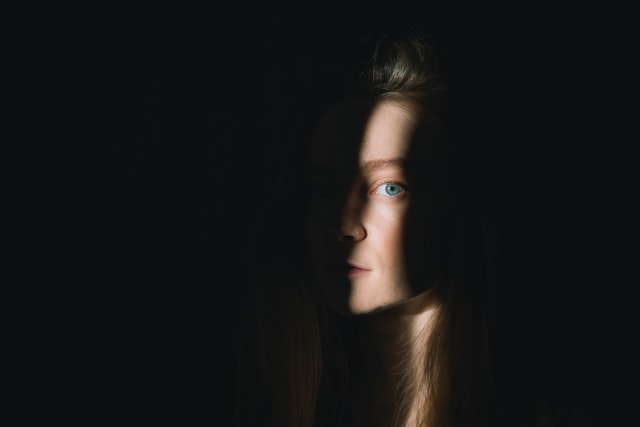 Rediscovering the Light Within.

She was confused. But then again, who wasn’t? After all, wasn’t it once said that man, or in this case woman, is the only animal for whom his (or her) own existence is a problem to be solved?

For centuries now, we as a species have contemplated the meaning of life; philosophers, scientists, and religious figures have dedicated their lives to trying to come up with answers and yet we are nonetheless confused, if not more.

Like most, she was on a quest for validation—from family, friends, co-workers, and of course lovers. However none of it really mattered, because what is validation from others without the ability to accept one’s self?

She was a product of the ultimate form of prejudice—self-loathing—that was of course skilfully masked with a harsh sense of humour, and what appeared to resemble indestructible self-confidence. It’s nice to have other people believe in a certain version of you, even if that version doesn’t really exist.

It’s frightening how focused she was on defining herself through her relationships with her peers and of course boys (and later men). Did she even really like any them? Or did she simply like the idea of being adored by them. She didn’t seek any of them out—they pursued her, and she bathed in the idea of being courted.

Her first romantic interest wasn’t even her idea of attractive. However the idea of being wooed and flattered was attractive in itself.

Her second courter—a word used in its loosest definition—was pretty much her father reincarnated in the body of a 16-year-old. To this day, she stands by the belief that it was a union to prove a point, a point that has lost clarity over the years.

Her third was the textbook definition of a perfect boyfriend, soul mate material if you will, and yet perfect turned out to be the ultimate repellent.

There were a few more insignificant others that crossed her path, until she finally settled, at least for the time being.

He was handsome, intelligent, funny. Perfect on paper and in theory they could have had it all. In reality they just did not fit. It took seven years of quarrelling and forced reconciliations to finally let go of each other, and the idea of happily ever after. They both knew that for them, happily ever after would eventually lead to self-destruction, infidelity, or worse.

At school, peers on occasion suggested she projected the image of being the ultimate popular girl, however they were mistaken. She always wondered—if she met the criteria for it, why did she never quite fit in? Was there a real reason for it, or did she simply create that distance herself? Did she rob herself of the typical adolescent experiences, or did she gain something valuable from her standoffish attitude?

And so there she was, on the cusp of the big three-oh (30), entering the unknown. It was time to resurrect the wild girl who buried herself in the fantasy of a happy ending through a relationship.

The happy ending is not found in a relationship—it’s found within you and only you. And once you have found you, lived you, and shared all that is you with the world, should someone like to join you on that journey, that’s okay, maybe even more than okay—but first, it’s you—always you.

She’s been here before. This crossroad. But this time she’s older, she knows better. She won’t get so easily distracted and derailed. She is on a quest of shedding her false self and finding her true self.

For too long she had reduced herself to being less, out of fear of being too much, fear of rejection and most of all, fear of outshining others.

Others don’t like it when you shine brighter than them, so you learn to dim the light. At first it’s just for a bit, now and then, when a certain situation calls for it. And before you know it’s just you, all alone in the dark, with no one to guide you back to the light.

So when you find your way back to that ray of light within you, never let it go out again. Never again. Not even for a moment. No matter if it’s too bright for others. 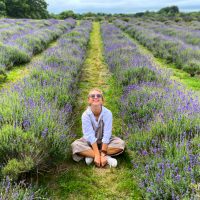 Estera Zajanckauskaite is passionate about the exchange of informative and eye opening information, and the creation of meaningful content. She has a strong feel for art, beau… Read full bio

Maitri can help us with stress, anxiety, isolation, overwhelm.