Parenting is Hard: Let’s not Pretend we haven’t been F*cked up by the Generations Before Us. 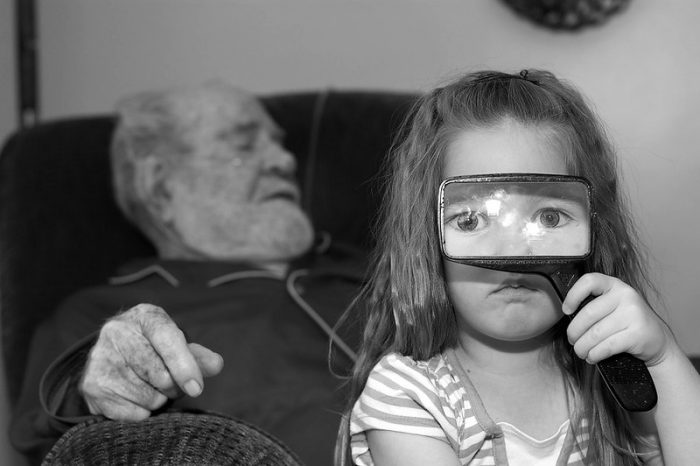 I was visiting with some people recently in their late 80s—they were aghast that parents these days don’t spank their kids.

I heard them saying how they felt like all the kids around just needed a swift spanking to make them behave.

I asked one woman how all of those spankings helped her own children? Her children were addicted to drugs and alcohol, one died of suicide, and all three of her children are gone way too young. They had trauma in their childhoods and were told to toughen up and be boys, that boys don’t cry, don’t be a pussy or a sissy—and how far did that get them?

Gabor Maté says it isn’t just the trauma that leads us to addiction but being alone in that trauma. I feel this.

It seems the Baby Boomers tried to work hard and get ahead, but left no room to feel emotional wounds. I would say most of us in Gen X, Gen Y, and Millennials are picking up the pieces from our parents’ inability to communicate, which they learned from the generation before them—the silent generation.

In having this conversation, I mentioned that I never spanked either of my children, now aged 21 and 11. This older generation seemed perplexed as to why I would not hit my children. They wondered why I would respect my children and conversate with them, how I would give them the benefit of the doubt and talk to them about politics and *gasp* even about sex.

We are learning through research that trauma and emotional wounds are carried down by generations and that generational trauma is a real thing. We are learning that we can break cycles of addiction and abuse and we no longer have to do it (whatever it is) because it was done with us, or to us. We are questioning the so-called authority of our parents and families and saying, hey no wait…that’s not how I’m going to raise my own family.

Each generation learns what to take and leave from the generation before them and we have to learn to look at all sides. Are we grateful that our parents hopefully had some work ethic and could put food on the table? Do we appreciate that they tried to instill traditions? Of course.

What I am not choosing to take is the authoritative behavior that was belittling and demeaning to my psyche. Treating kids like sh*t to get them to do what you want has to go. Look at our prison system, look at all of these kids who turn into adults with mental health issues from not being heard, seen, or understood. Look at what we are feeding our children. The processed junk food, energy drinks, sugary treats, and fast food needs to go away. Most of the kids I know are hardly ever eating a square meal, the convenience foods of the Baby Boomers are killing us. These foods are causing serious problems in our children’s brains and bodies and we need to make a change. Why are there soda machines in schools and McDonald’s on college campuses?

Most of the parents I know have no village. We are the tech generation I would say. Our kids are glued to devices, video games, and social media. We need a break so we suffice. We try to set limits and get tired of the battle. Our kids are inundated with screens.

It’s scary but true. They are addicted and obsessed with TikTok, likes, and follows—some as early as first and second grade.

I am not saying all kids, but I am seeing this a lot in education and in my peers’ children.

We need to wake up before we ruin our children’s brain development.

So we are doing some things right and also a lot of things wrong, but we are all doing the best we can with what we have right? Just like our parents and their parents were doing. We can’t blame the generations before us, but we can acknowledge the pain and emptiness that has been passed on to us.

How do we change it? Let’s start by looking within; when we connect to the roots of our own pain and hurts, we can begin to heal. Then we can help others. It’s amazing on this healing journey how many people come out of the woodwork with similar issues. I don’t think this is a coincidence.

In working with children, I’ve learned that most of the time children with behavior issues won’t listen to me until I have established trust in some form of a relationship with them. A lot of us came from childhoods where we heard, “Don’t make me give you something to cry about,” and “Spare the Rod, spoil the child” which basically means if you don’t discipline your “unruly” child they will be spoiled and bratty. The problem is many of us have different ideas about discipline. Reprimanding a child and explaining right from wrong, helping to keep them safe, and showing them how to share with a peer without shouting at them, demeaning, or hitting them is one thing, but many see discipline as yelling, shouting, and abuse. These fear-based discipline tactics don’t work. They create a scared child that is afraid of misbehaving for the fear of when their “father gets home.”

We can scare our children into behaving “rightly” or we can model and interact with our children in a way that shows them right from wrong. We can get on their level calmly and show another way to take a toy from a friend. When our children are in danger, say running in front of a car, yes of course we will yell and it may scare them, but they will know this is a serious thing. Sometimes we get angry and can’t help but raise our voices. We are human, but what I am saying is we are working with our children, not against them. We are on the same team. As a child, I always heard, “I am your mother, I am not your friend.” It made me sad. I didn’t quite understand that. Today I would say I am my children’s mother, but I am also their friend. I think they would feel safe coming to me with just about anything (not that they always do, but they could). They would know I am not going to shame or demean them.

Honestly, I write this not to shame anyone, but to open the conversation. Parenting is hard. Parenting can be so hard. But it’s harder when we feel like we are on an island. Let’s talk about the hard things. Let’s not pretend we haven’t been f*cked up by the generation before us. I know I got royally screwed when it came to parents and I like to believe they did the best they could, which sucks. We can do better. We have to do better. We can’t keep scaring kids into submission. We have to engage, take the time, and get down on their level. As Glennon Doyle says, “We can do Hard Things.” Our future generations depend on it. 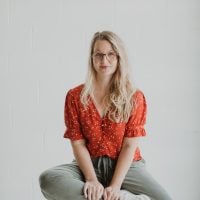 9,400,000 Minutes: Raising Mindful Humans. Why Some Parents & their Children have Great Friendships. Mindful Parenting: Harnessing the Ego. 7 Things I want my Daughters to Know about Sex. Challenge Accepted: Raising a Wild One.
See relevant Elephant Video