Combating the “Imposter Syndrome” in the Digital Age—One Pitch at a Time. 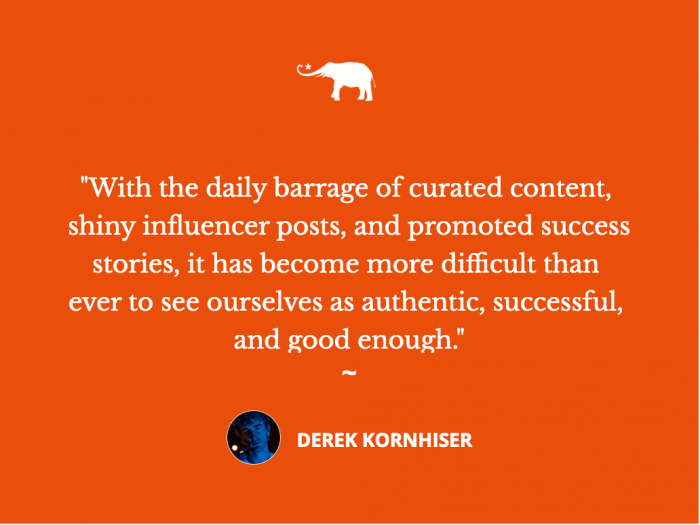 We all believe that the weight of the emotions we carry from moment to moment, day to day, and year to year are unique to us, despite daily reminders that we’re all a lot more connected and similar than we believe.

I certainly crave positive emotional connection through social media, whether it be through the avid community of baseball Twitter I engage with or the mindfulness voices I follow on Instagram.

On the flip side of the emotional pendulum, though, is a dark pattern known as the imposter syndrome, something that has plagued me for years and has been made even more tangible to humans through our daily interactions on social media and the internet.

With the daily barrage of curated content, shiny influencer posts, and promoted success stories, it has become more difficult than ever to see ourselves as authentic, successful, and good enough as we inevitably compare our efforts to what we see on social channels.

As a musician whose sole purpose is to create art to share with others, the imposter syndrome has been a polarizing element of my life for a long time. Whether it was keeping my songwriting private from even my closest friends and family until I was in my 20s, or avoiding singing happy birthday at a gathering because I was so sure my voice was going to be judged as terrible, the insecurity has always been suffocating. Being served Instagram ads and watching TikToks of younger, talented people blowing up and reaching the success I desire compounds the problem. And instead of celebrating their success, I fall into a pattern of jealously while further demonizing my own talents, neither of which are merited.

And even as I’ve started to gain my own success with recently playing my first live electric show in New York City and looking at the smiles, people dancing, and hearing their loud applause, or talking to new fans online about my latest single, the imposter syndrome continues to creep in. And I find myself falling into self-doubt, inability to assess my skills, and attributing my success to external factors, and not my own efforts.

So this is the part where I deliver my world-shaking, mind-altering solution, right?

Nope. Anyone who operates as if life is binary is doing themselves a disservice. It’s not right versus wrong, broken versus fixed, or lost versus found. The greatest thing I’ve been able to do to combat the negative effects of my imposter syndrome is to appreciate life’s emotional pendulum. While I won’t be able to get rid of the imposter syndrome, I am learning to control the highs and lows of the pendulum swing by practicing certain behaviors.

For example, letting myself get excited by a song I write without immediately thinking about how it will or won’t succeed, enjoying another artist without thinking of how much greater their success is compared to mine, and not comparing my social presence to that of others. And most importantly, realizing that these moments of clarity never happen as massive waves, but more as daily micro-decisions and micro-moments.

So as daunting a task as it is, it really comes back to baseball, and particularly to an old baseball idiom. “Don’t try to erase a five-run deficit in one swing. Just start by trying to win each pitch, each out, each inning, and over time, those add up to winning games.” At the end of the game, it doesn’t matter if you struck out three times or if you knocked in a decisive run to give your team a win. People who fail 70 percent of the time in baseball make the hall of fame. And each path there is wildly different.

What if Rickey Henderson thought he needed to hit home runs to be thought of in the same sentence as Hank Aaron, or Greg Maddux tried to bulk up to throw as hard as Nolan Ryan? Or what if Dustin Pedroia gave up after hitting below .200 for the first two months of his career, or if Randy Johnson gave up on his hall of fame aspirations after five middling seasons? Baseball players have always had their peers to compare themselves to, and the ones who succeed are the ones who stay true to themselves and don’t allow one pitch or one bat to swing their pendulum to the extreme.

We must adopt the same approach to make positive strides while battling against our imposter syndrome in the digital age. See each thing you do as a pitch or a swing. Appreciate it as your own pitch—your own swing, and if it failed, take steps to ensure the next one is better. If it created a positive result, celebrate that result without comparing it to the results of your peers.

If Randy Johnson could win World Series MVP at age 38 or Dustin Pedroia league MVP standing 5’ 7 after hitting .200, you can sing proudly at that next birthday party, just like me.

More articles about the imposter syndrome: 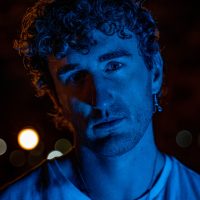 Derek Kornhiser is a singer, songwriter, and producer who’s been turning heads with his lyrical creativity and intrigue since his debut LP in 2020. Pulling influence from th… Read full bio